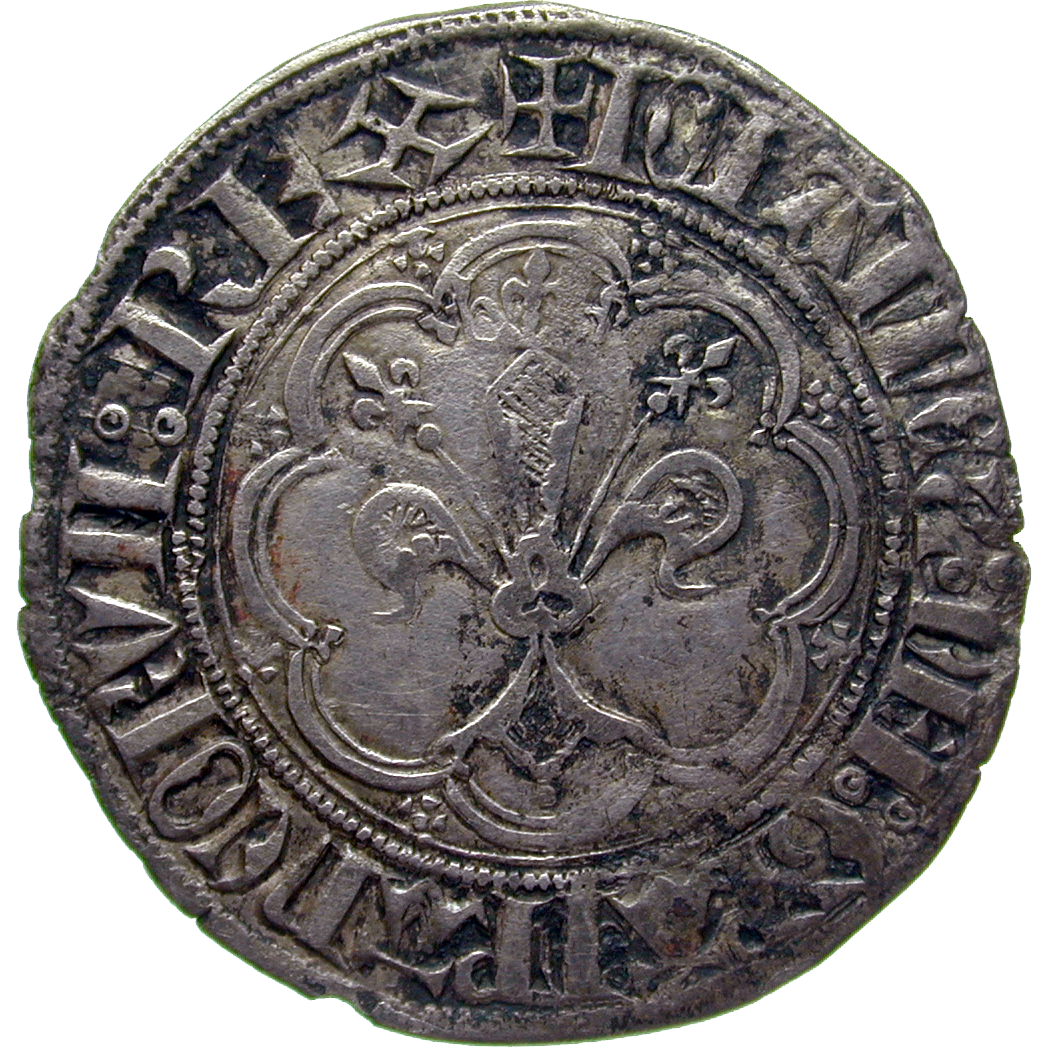 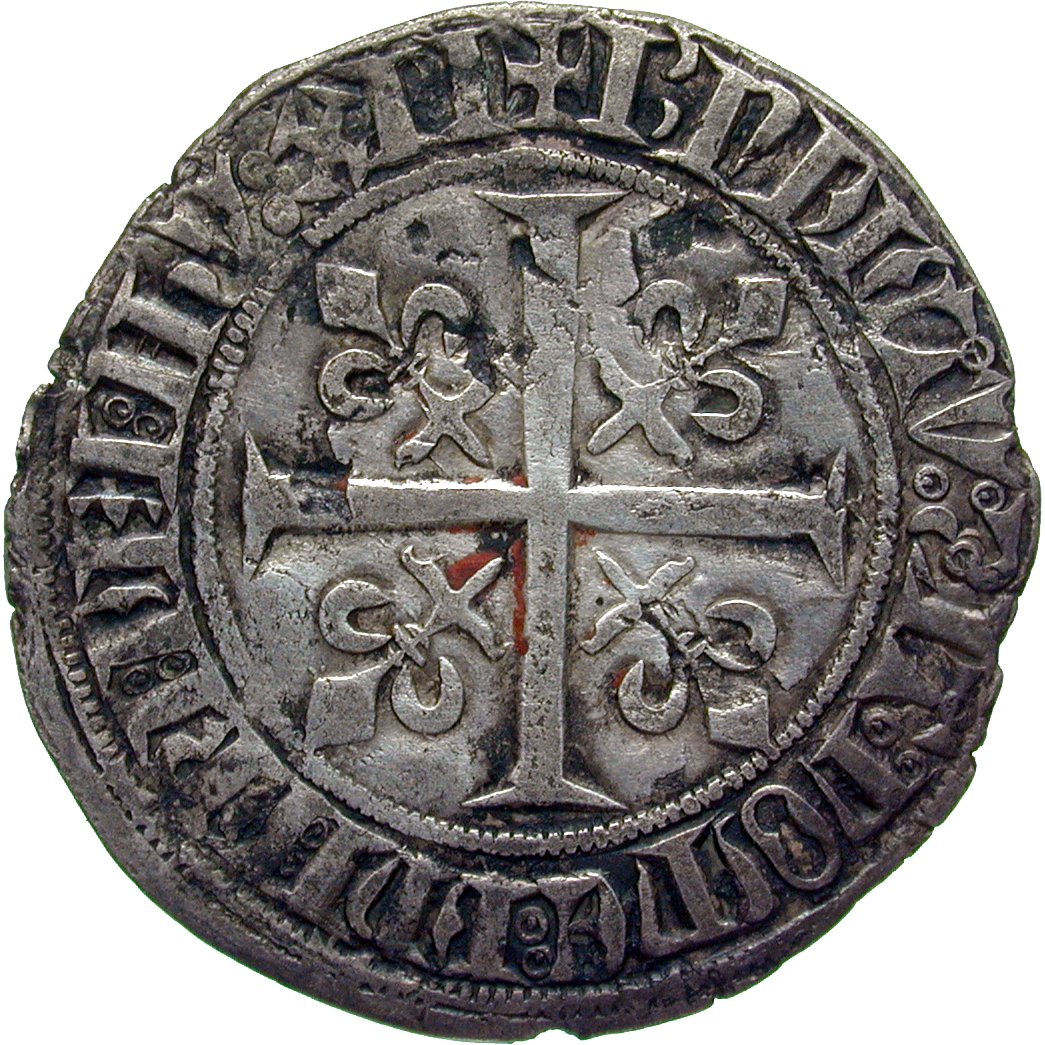 The Hundred Years' War (1337-1453) with England was carried out on French soil, and brought the country to the brink of economic disaster. To cover the disastrous expenses of warfare, the silver content of French coins was lowered continuously. This "gros à fleur de lis florencée" was introduced in 1358, and issued in several emissions that year. To keep the minting costs as low as possible, old coins were overstruck "cold," viz. without being melted down beforehand. Then, they were circulated at a higher value than before. This gros clearly demonstrates that this process did not increase the quality of the coins.