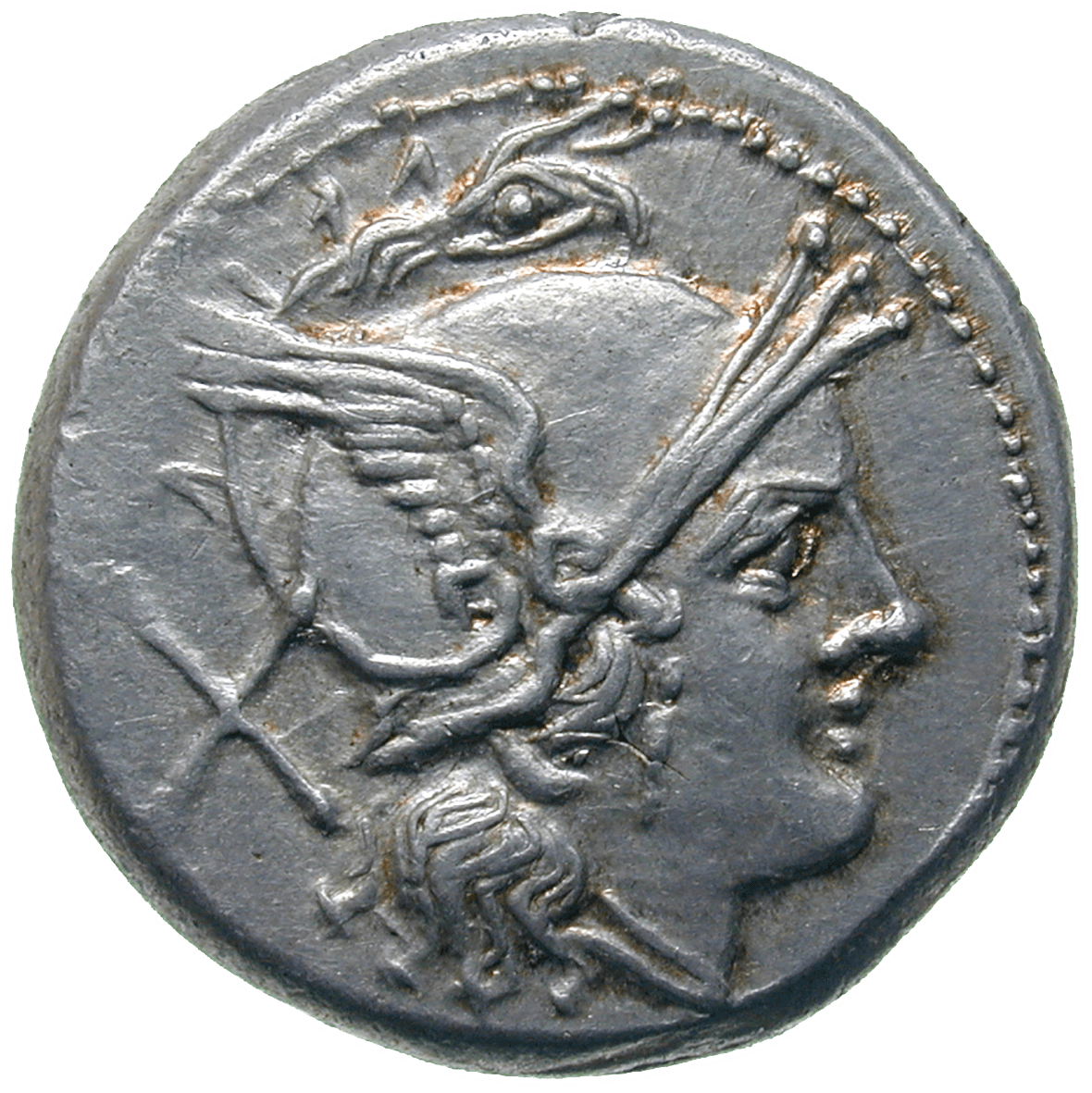 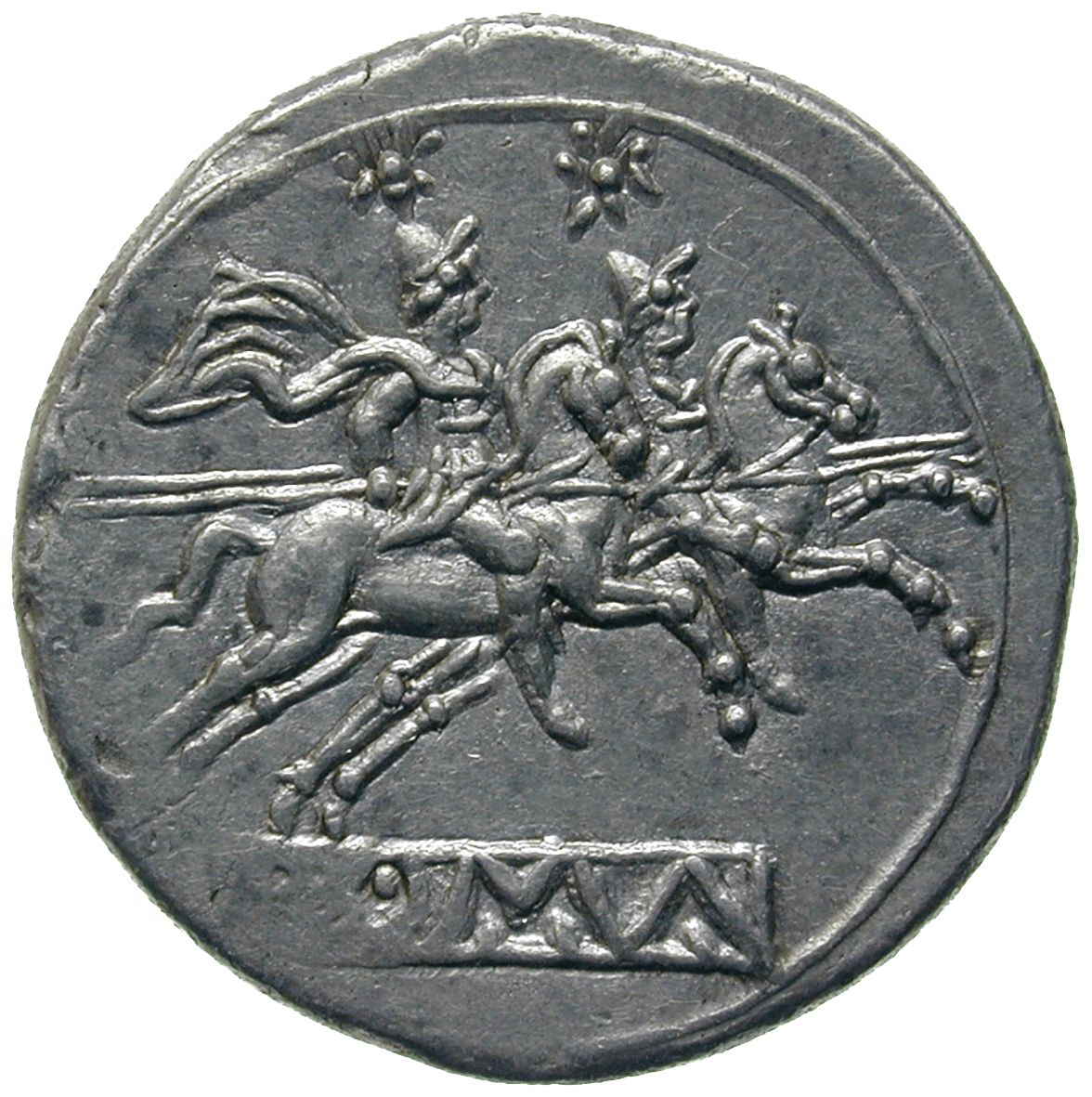 The silver denarius was introduced in 211 BC. The coin was needed to pay the mercenaries in the Roman armies for their services, because these foreigners had no use for the bronze coins used by the Romans. The denarius was to become the major silver coin of the Roman Empire for the next 400 years.

Significant is that the denarius was related to Rome's long-established bronze coin system: the X on the left of Roma's head on the obverse indicates '10 asses'. The Latin term 'denarius' literally means 'tenner'. The reverse depicts the Dioscuri Castor and Pollux and the inscription ROMA.