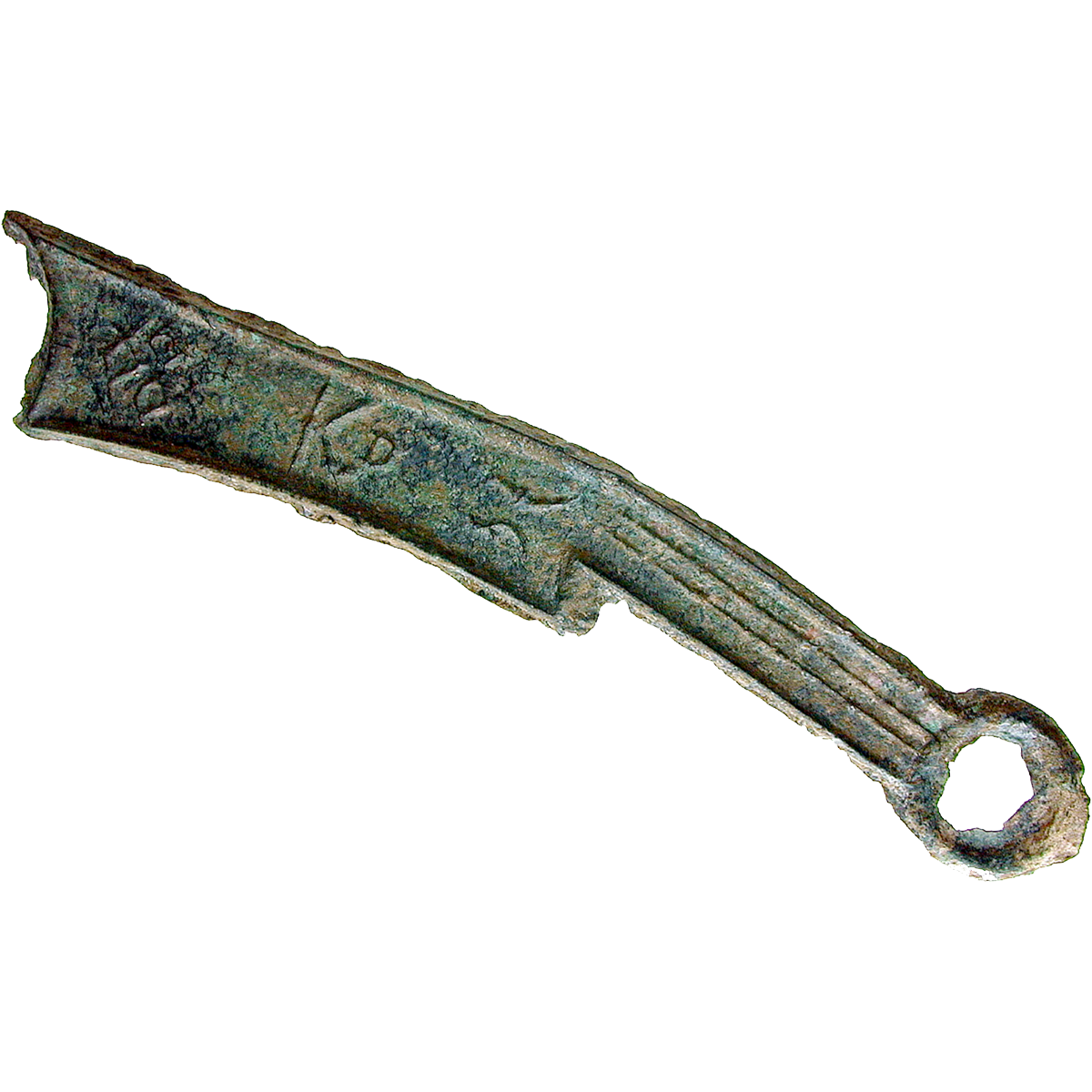 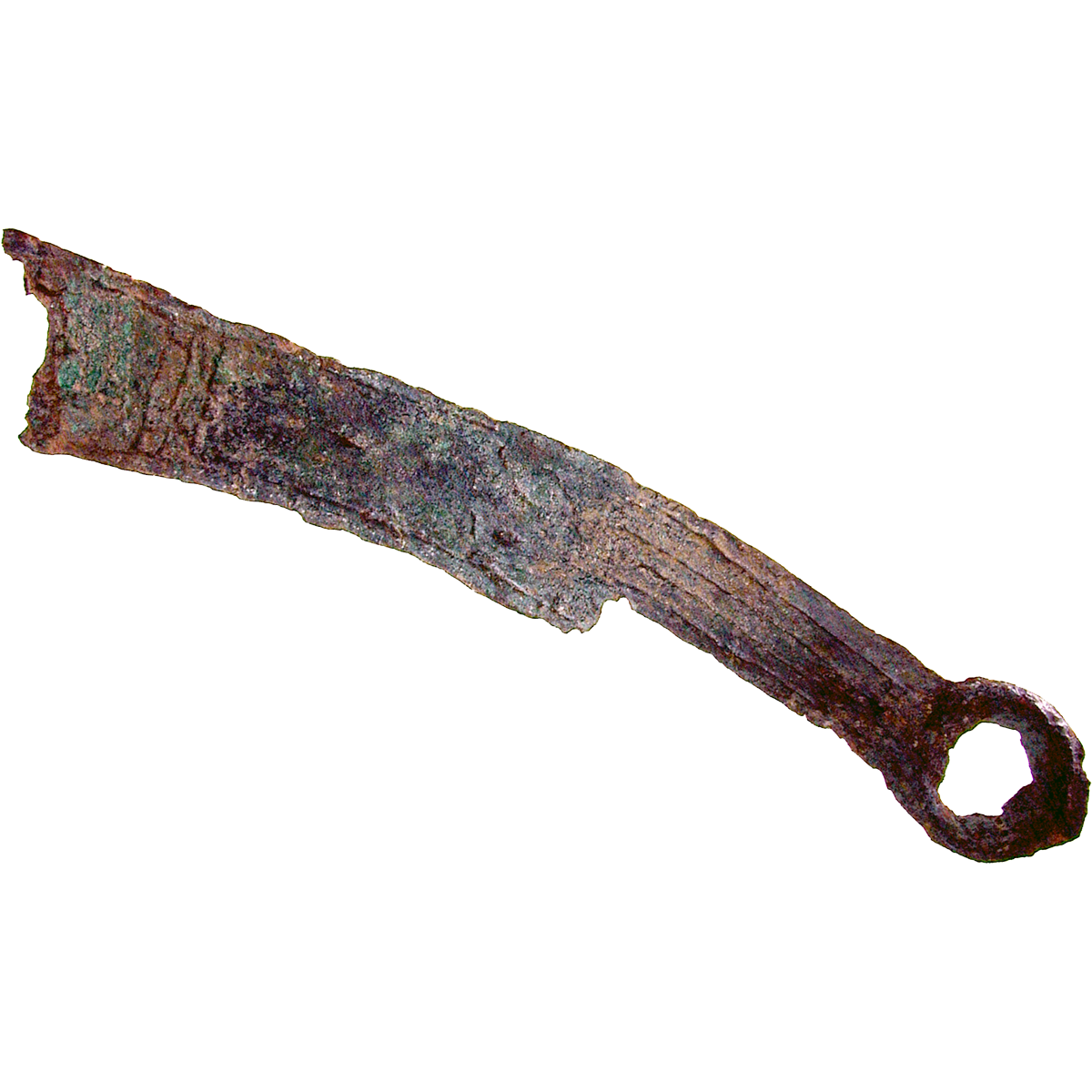 The first Chinese knife coins looked a lot like real knifes. They hardly ever bore inscriptions, and can thus not be considered as real coins yet. Only after the issuers began to put inscriptions on their knifes did the tools become actual coins.

This knife coin from the 4th century BC bears the inscription 'qi da huo' for '[state of] Qi, high value of exchange'. It is still unclear what material the basic unit of a huo consisted of; it may have been a particular quantity of salt.