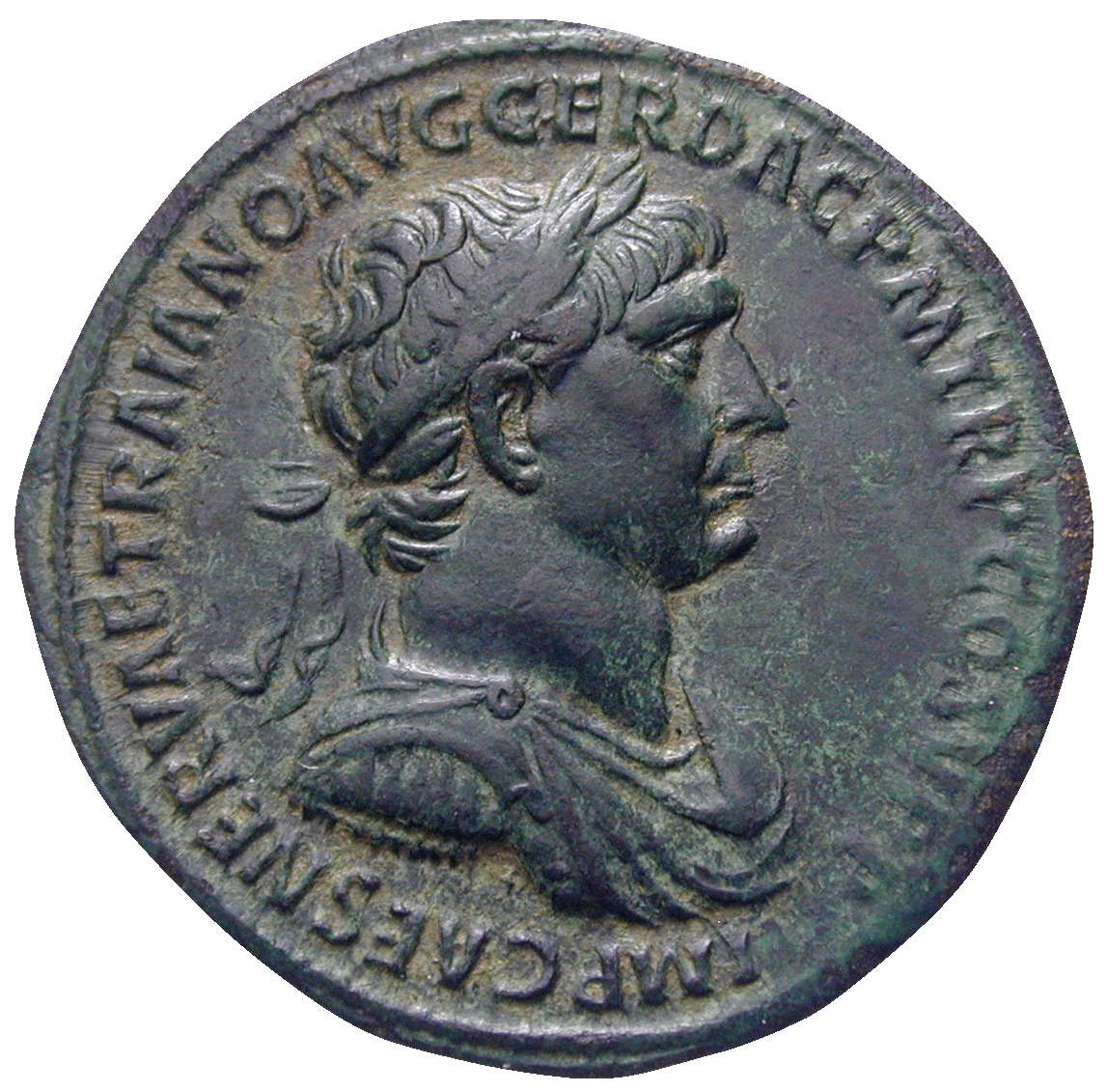 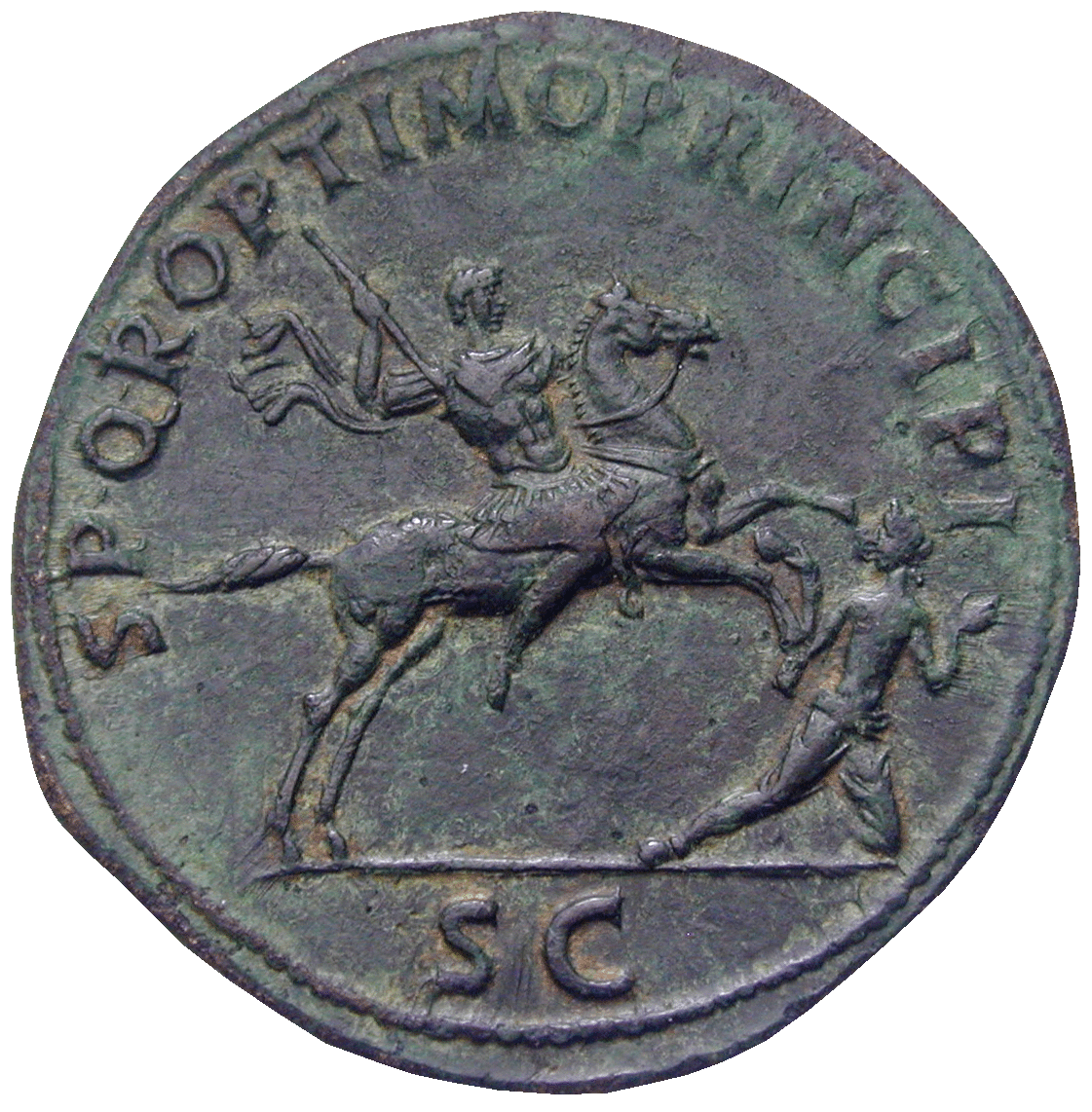 SPQR Optimo Principi: The Senate and the People of Rome to the Best Leader. These words, which were ever-present at the time of Trajan (98-117), show the reputation that the emperor enjoyed among his contemporaries. The formula can also be read on the reverse of this sesterce.

The obverse depicts Trajan's portrait, while the reverse shows him fighting an enemy. The emperor was known for his passion for war; with the anexation of Armenia, Mesopotamia and Dacia, the Roman Empire reached its maximum territorial extent during his nineteen-year long reign.