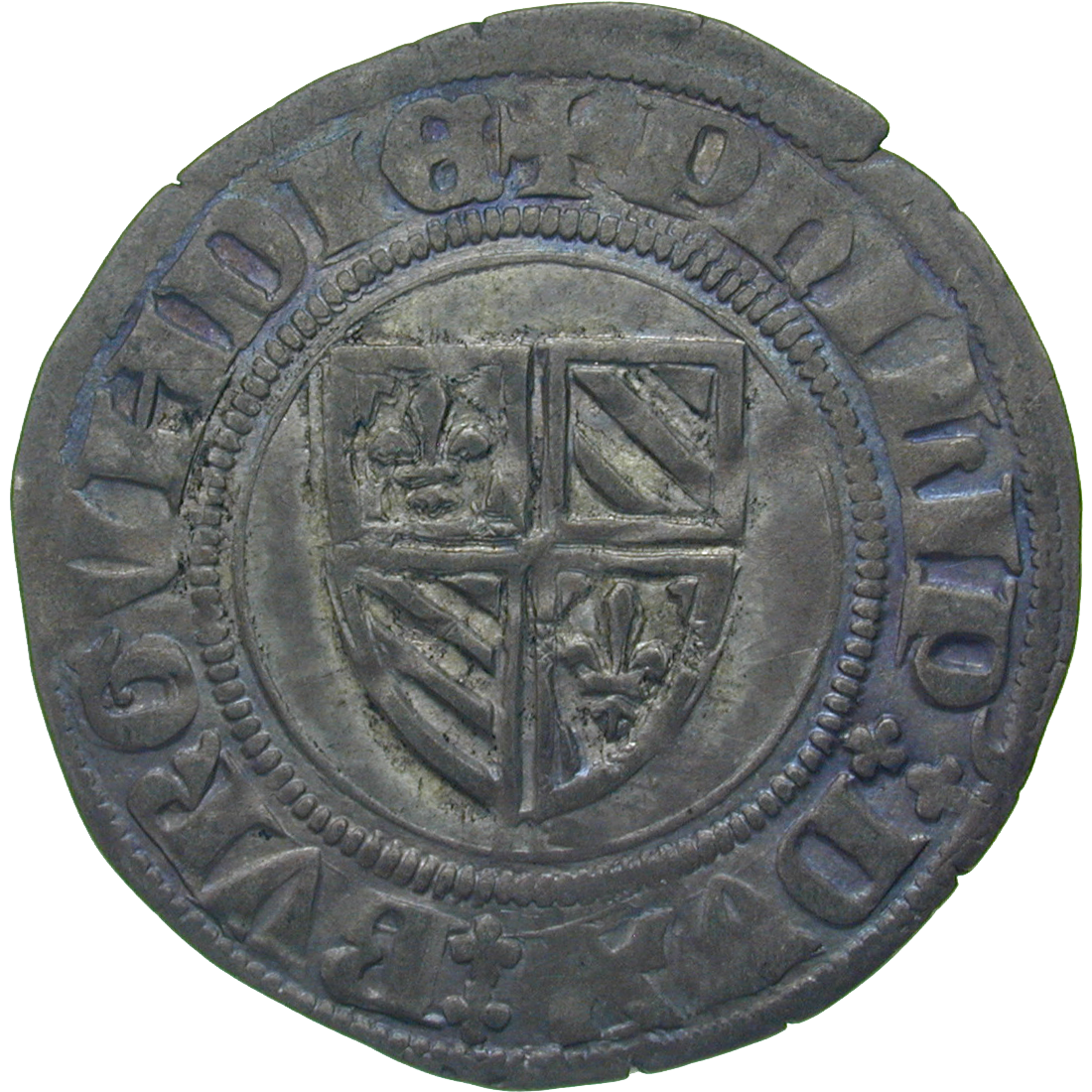 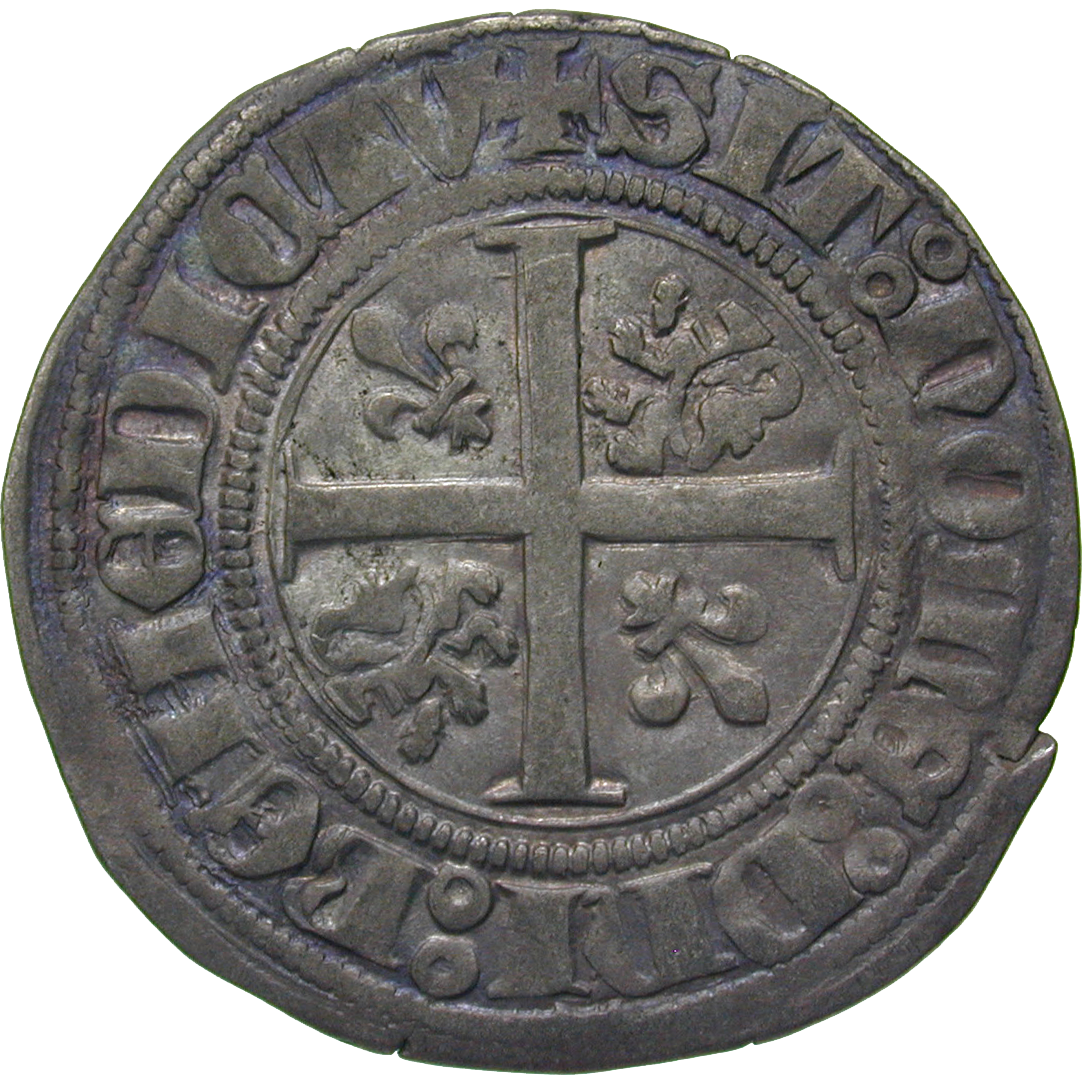 The blanc d'argent shown here is an issue of Duke Philip the Good of Burgundy (1419-1467). He was one of the wealthiest sovereigns of his time. Admiring contemporaries described Philip as "The Grand Duke of the West." Philip's coin shows the coat of Burgundy and the inscription PHILIP DVX BVRGVNDIE, Philip, duke of Burgundy on its obverse. The reverse bears two lilies and two lions in the corners of a cross. The lilies stand for the house of Valois, the French royal dynasty, of which the house of Burgundy was a sideline. The lions symbolize the two Burgundian dominions of Brabant and Flanders that both bore the king of beasts in their coats. The inscription reads SIT NOME(n) D(omi)NI BENEDICTV(m), blessed be the name of the Lord.