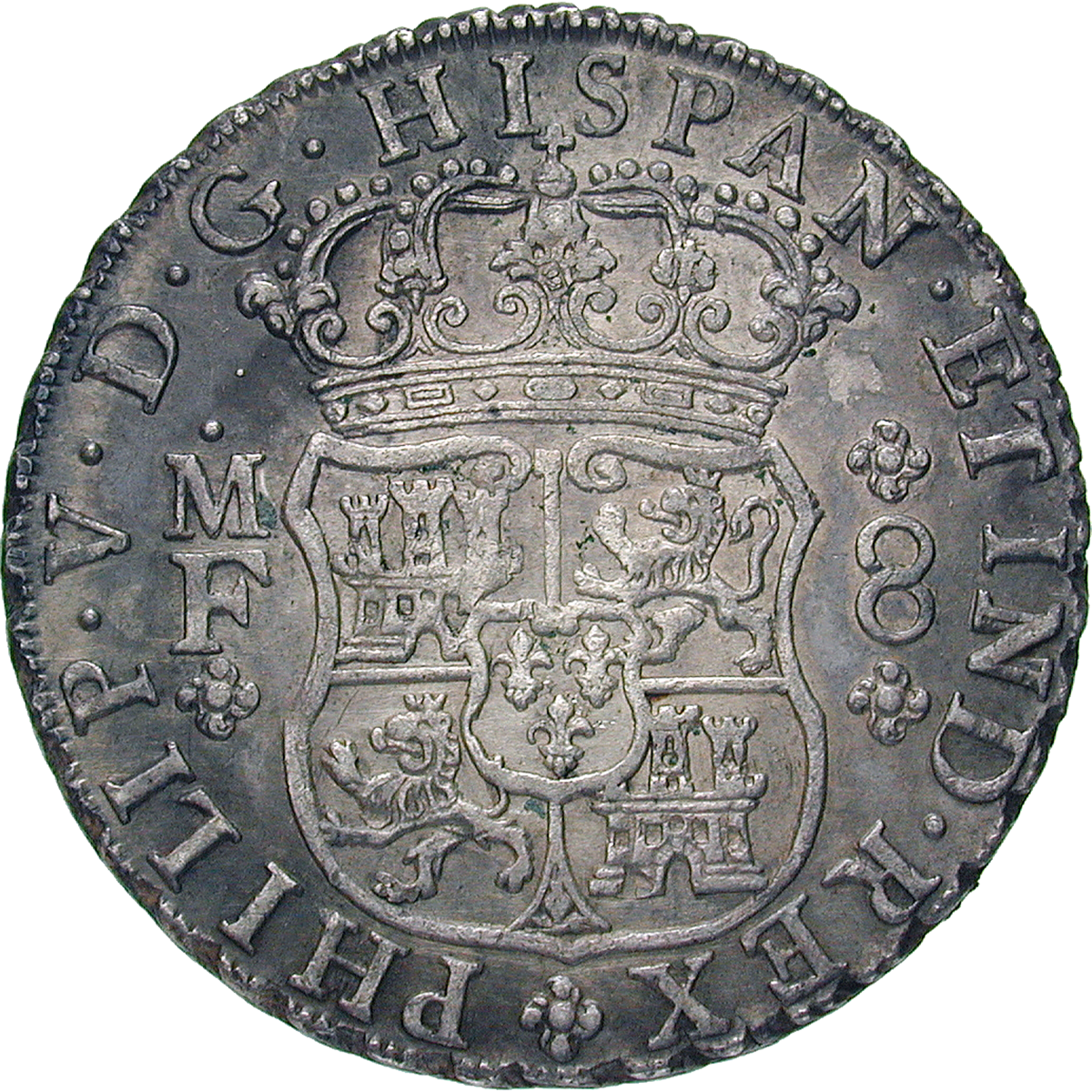 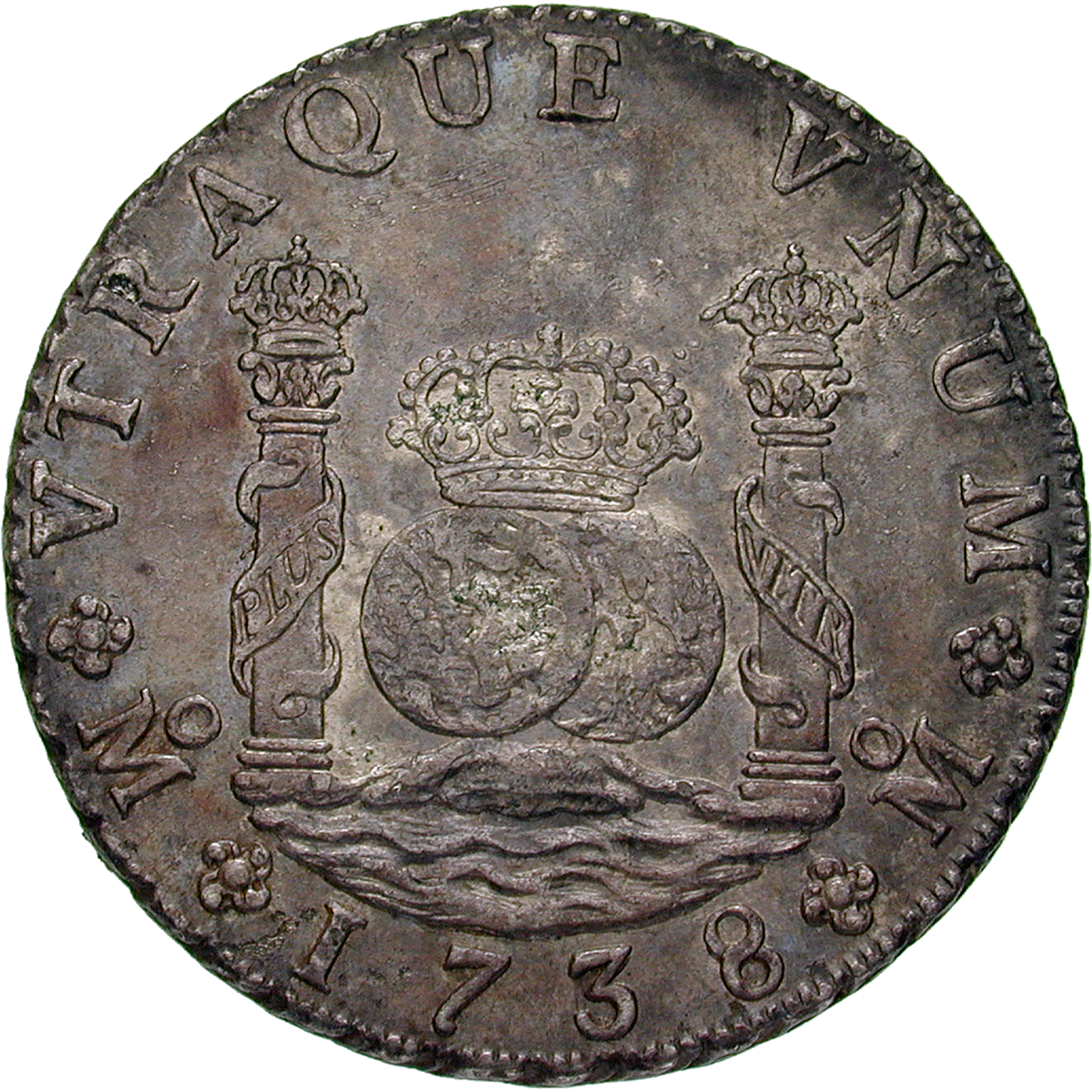 VTRAQUE VNUM, Together They Are One: This inscription reflected the worldwide power of the Spanish crown as well as the motif on the coin. The two columns of Heracles enclose the world hemispheres and connect the Old World with the New. A Spanish crown holds the two hemispheres together. Such pieces of 8 reales (Spanish: real de a ochos, so-called pesos) depicting the pillars of Heracles were minted in Mexico since 1732. They rapidly became an internationally accepted currency. After 1750, other Spanish-American mints such as Lima, Santa Fé and Potosí thus changed their motifs and started minting pesos as well.