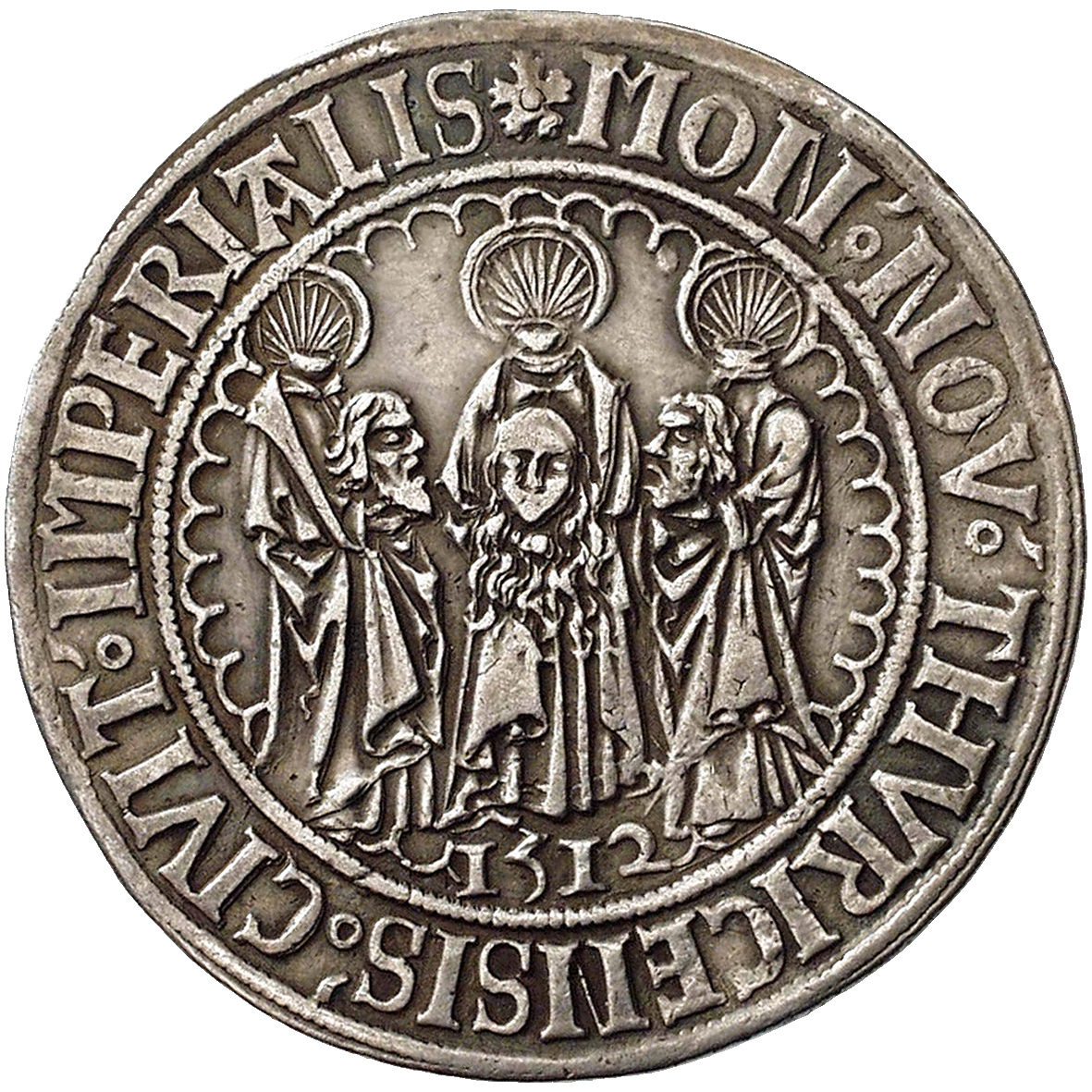 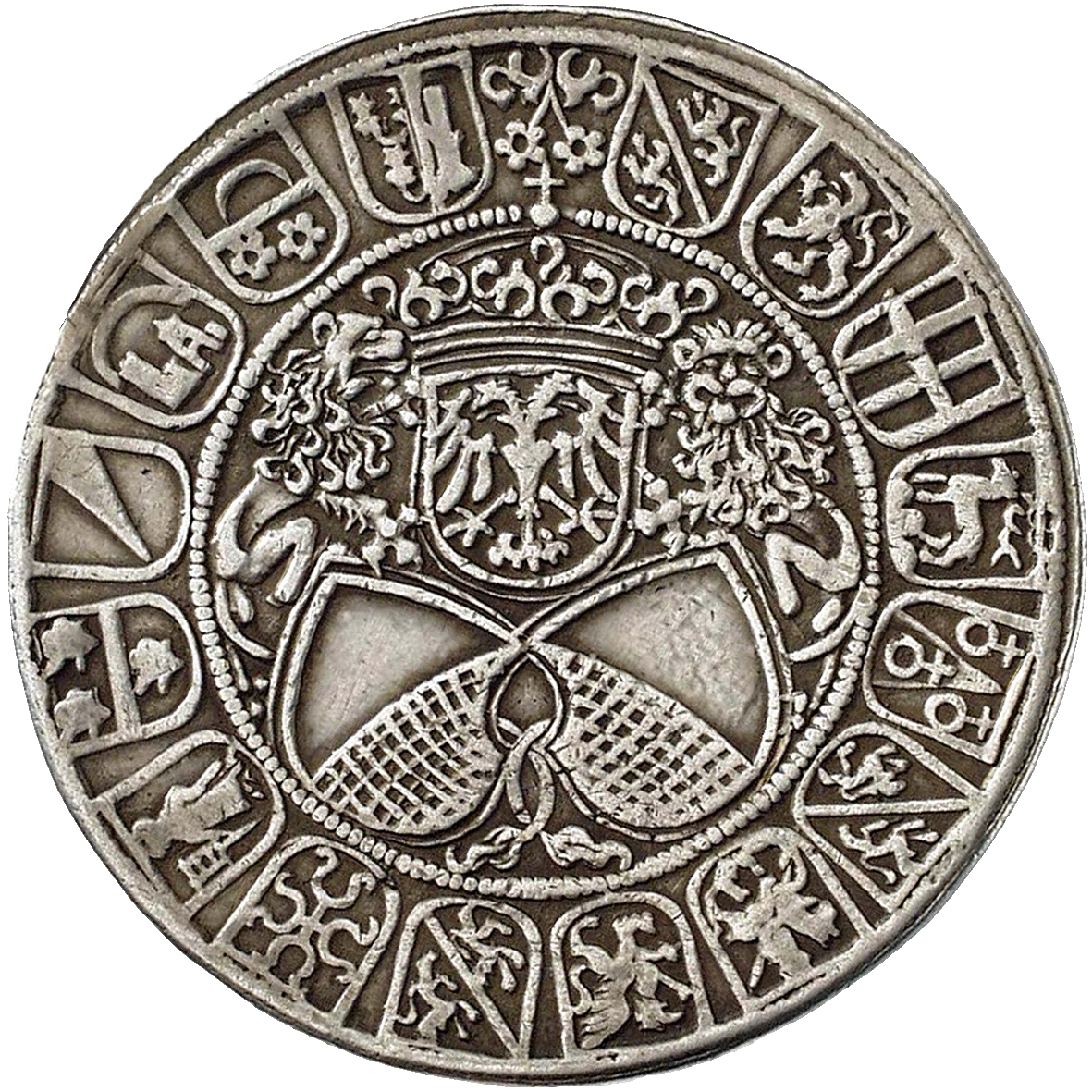 Zurich began relatively early with the minting of large silver coins: the first Zurich taler was issued in 1512. At that time the city was flourishing, and with this grew the need for a silver coins of high denomination. However, to show its wealth and urban culture, Zurich not only wanted a large coin, but also a beautiful one.

This taler depicts the city's patron saints Felix and Regula, as did earlier Zurich coins. But miraculously a third saint with the name of Exuperantius had suddenly appeared. Legend had it that he had come across the Alps as friend and attendant of Felix and Regula, and that he had been executed with them. In fact, Exuperantius was an invention of the early 14th century.