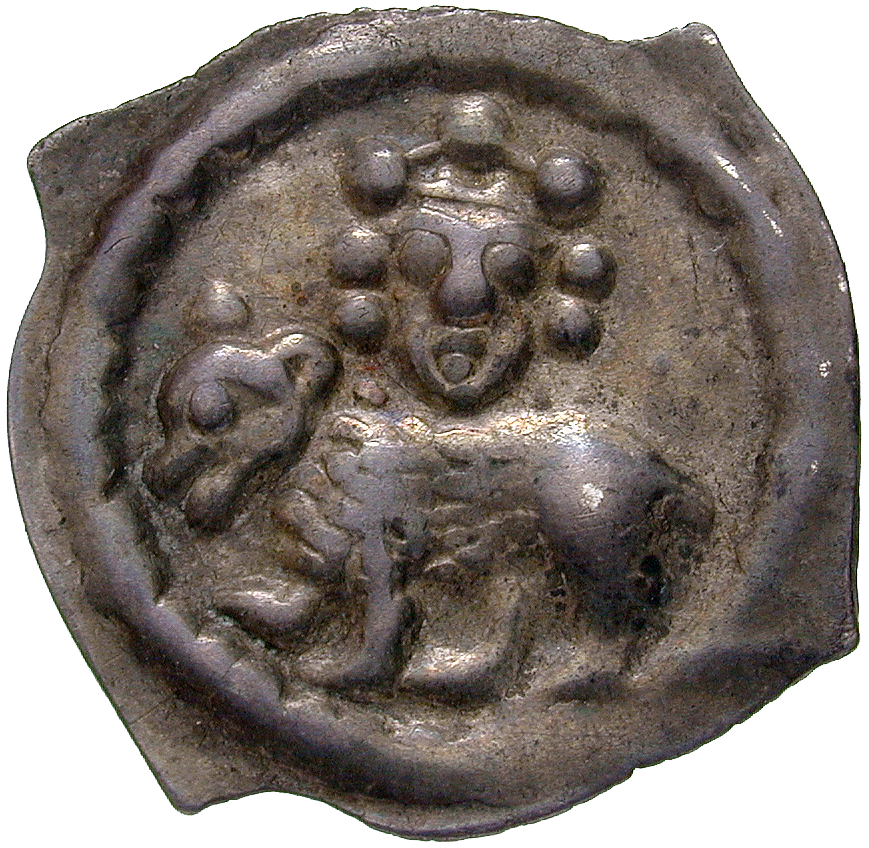 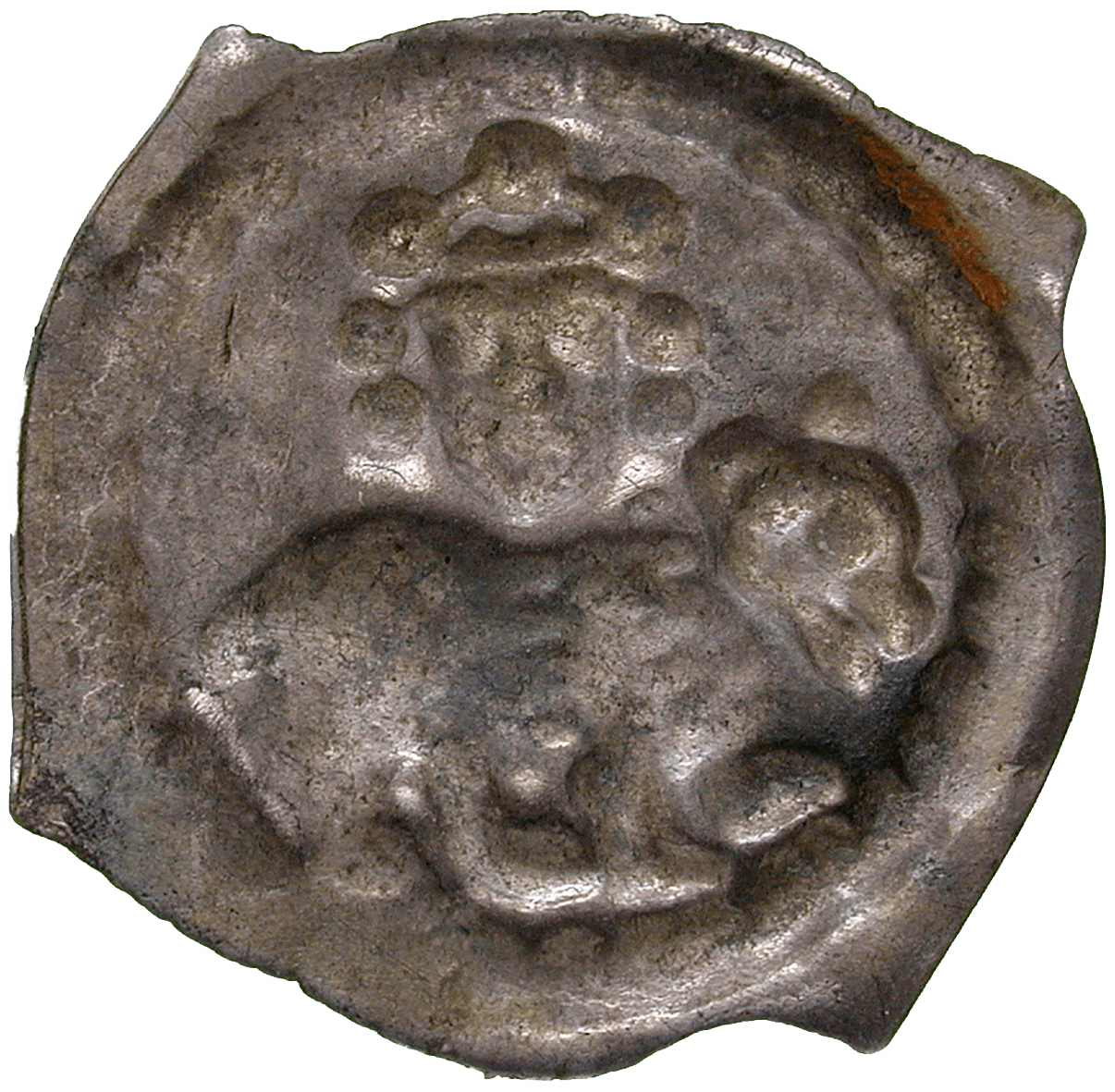 The bear was an animal to which people around Berne have paid deference ever since. From Muri, a little town near Berne, six little bronze statuettes from Celtic-Roman times are known, of which one represents 'dea artio,' the Bear Goddess. And a stone, found in Berne but unfortunately not datable, reads succinctly 'erst bär hie fam:' here we caught the first bear. Today that stone is embedded in the wall of Berne's bear pit, the Bärengraben. The mentioned bear must have been the ancestor of the first bear who was placed in the bear pit around the year 1480.

At that time, the city of Berne struck square bracteates like this one. As was to be expected, they depicted a bear. Above it a ruler's head was illustrated, in this way indicating Berne's status as a Free Imperial City, a city that was under the sole control of the emperor.

We even know the name of the man responsible for the striking of this coin: Between the years of 1264 and 1294 Rudolfus Dietwi (also Diewi) was mint master in Berne.