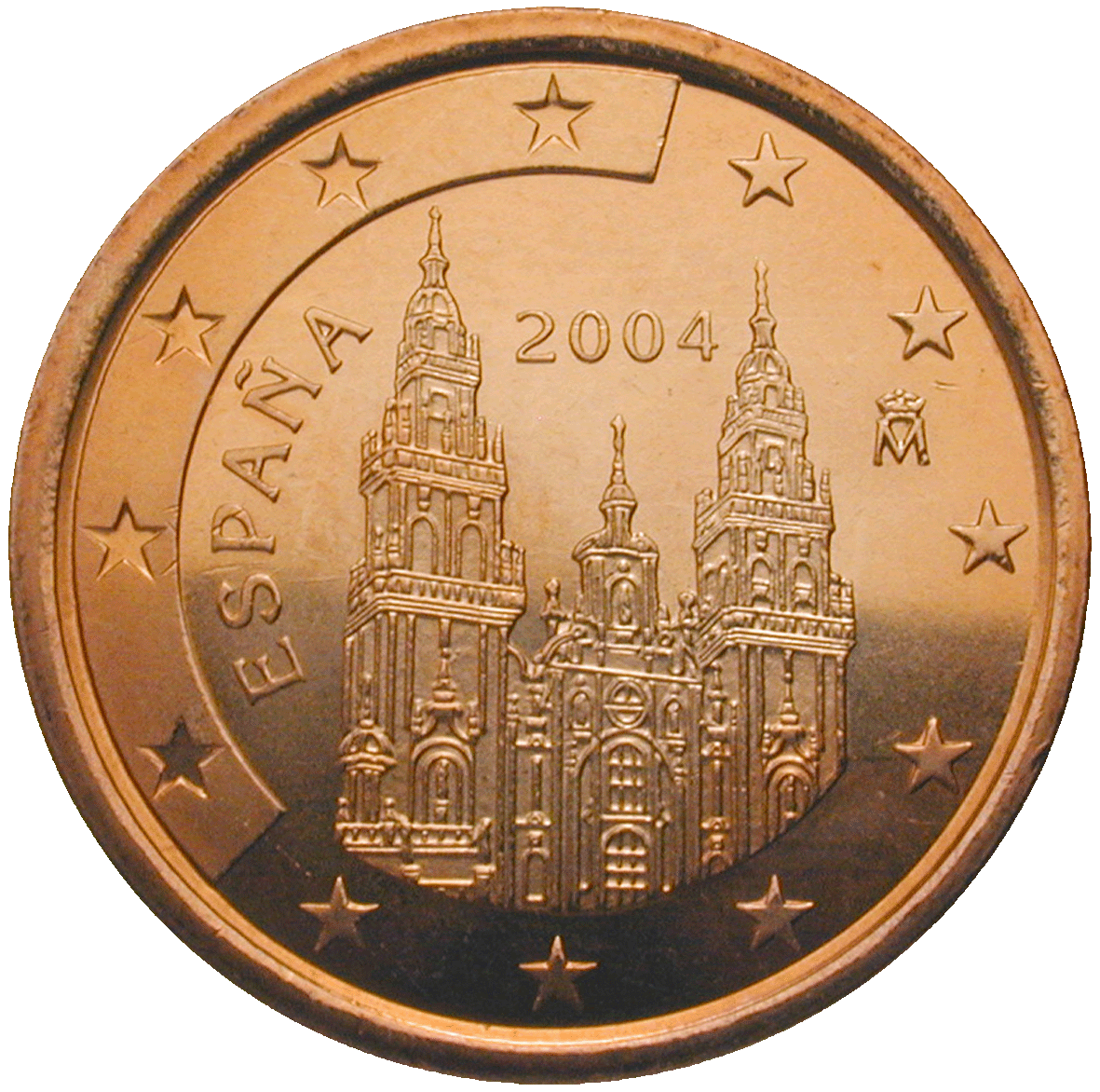 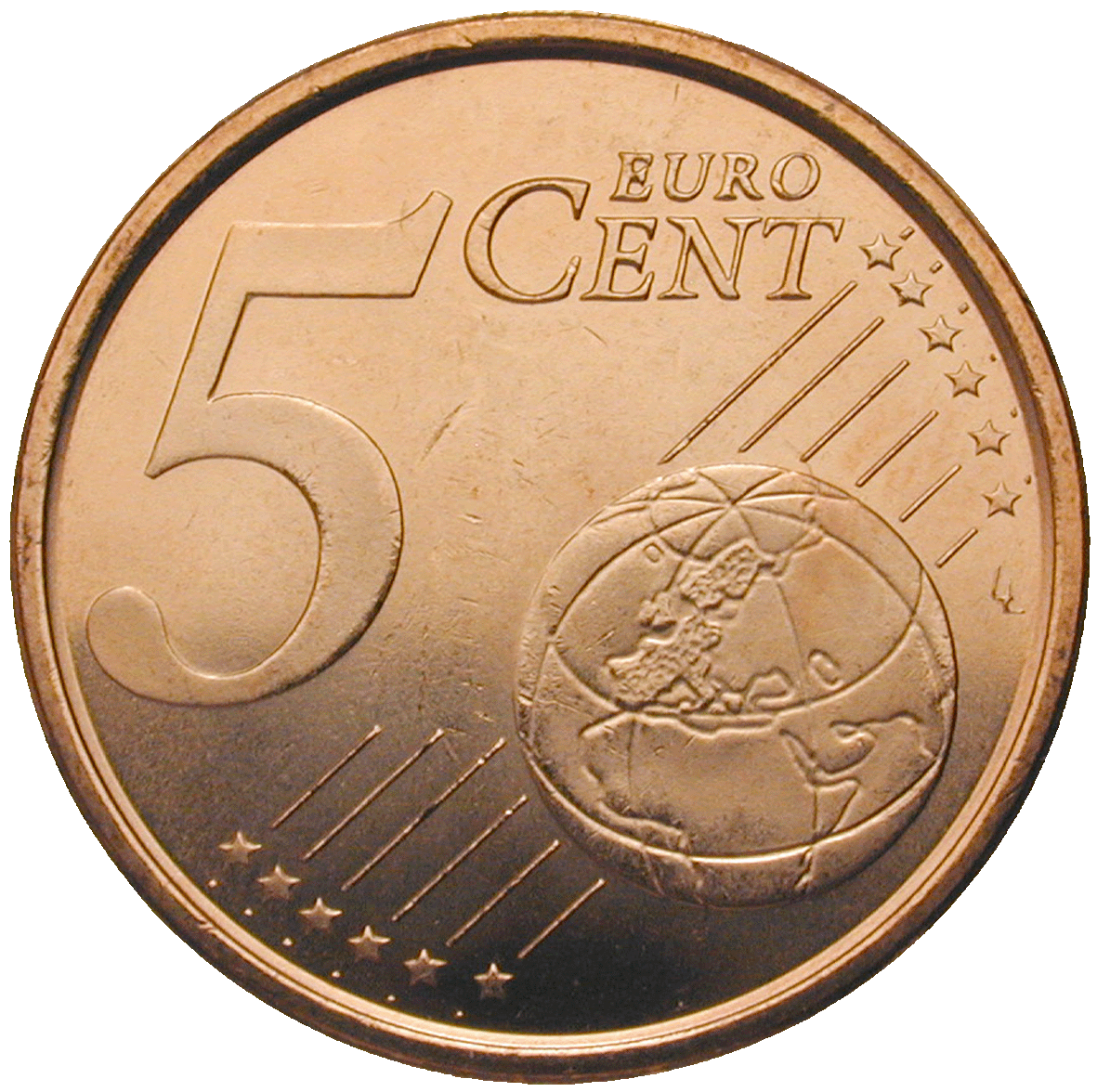 The obverses of the Spanish 1, 2 and 5 euro-cents show the Cathedral of Saint James the Greater in Santiago de Compostela. The cathedral has been a place of pilgrimage and the end of the Way of St James for 1200 years. James, after whom the town of Santiago de Compostela was named (Santiago derives from Latin "Sanctus Iacobus" and means "Saint James" in English) was one of the twelve disciples of Jesus. He came to Spain to proselytize, but returned to Palestine in 43 AD. There he was executed by command of the king of Judea. Legend had it that James’ body was put in a boat that landed, unattended, on the coast of Spain. There he was buried in the spot of the later town of Santiago de Compostela. In the early 9th century King Alfonso II had a chapel erected over the grave, which soon turned into a place of pilgrimage. Around the church a village developed that in the 10th century became the town of Santiago. The construction of the cathedral began in the 11th century over the remains of the older church.