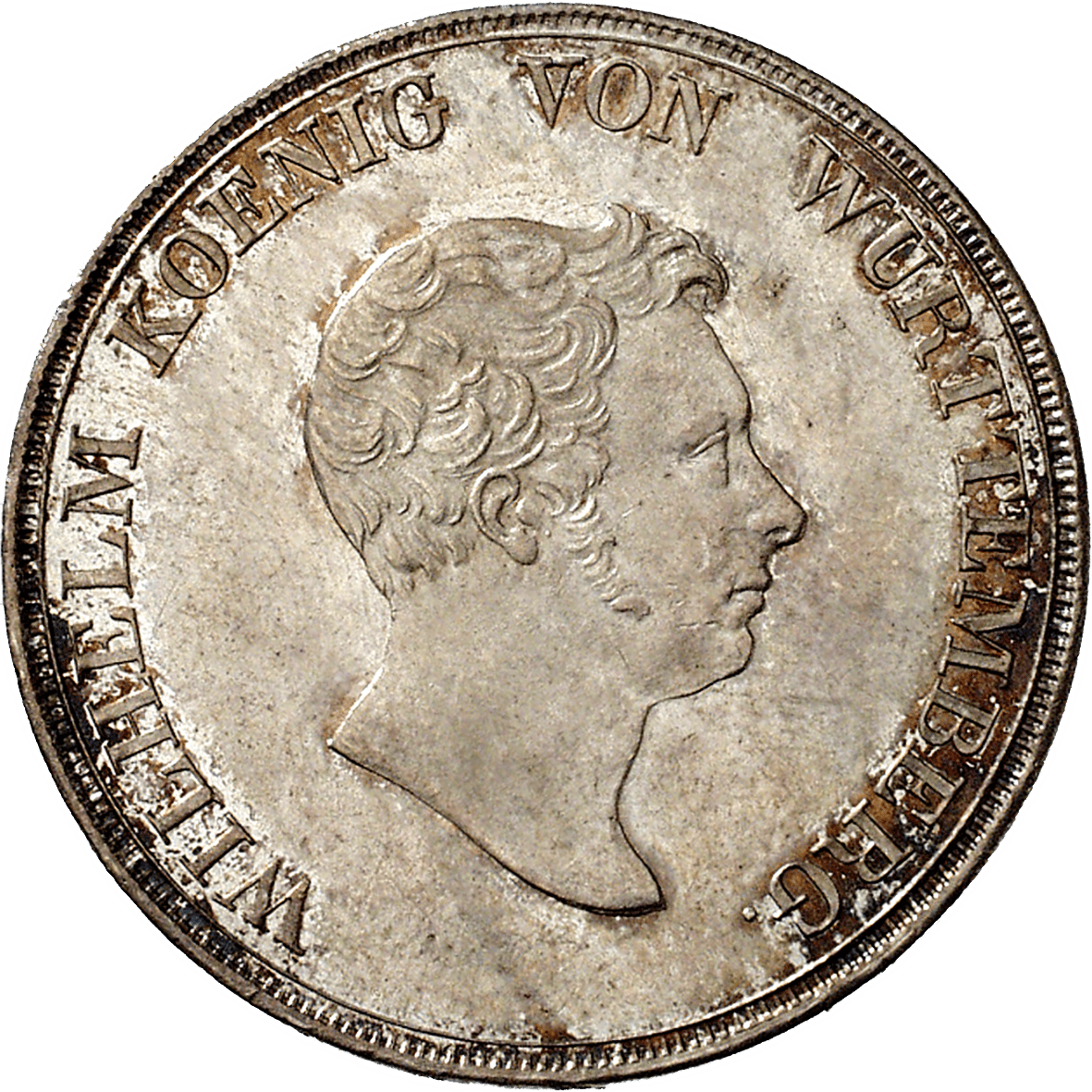 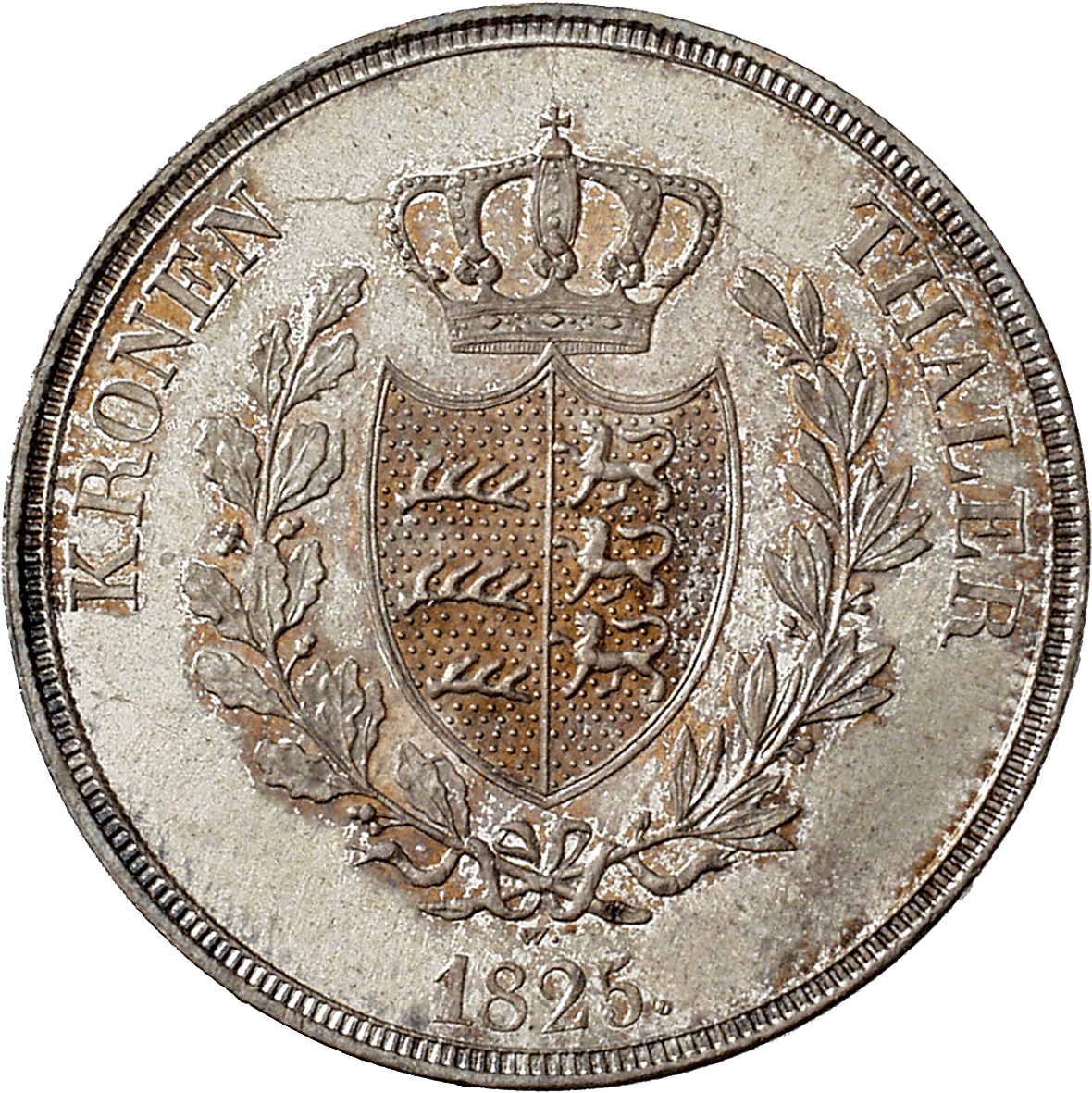 Crown talers were minted in the Netherlands since 1755. The name derived from their reverse, which initially showed several crowns. Trade brought the crown taler soon to other parts of Europe. In the western German lands, where virtually no big silver coins were minted, crown talers became the major silver coins. In Austria, Hungary und Northern Italy they were in frequent use as well; the mints of Vienna, Kremnitz and Milan all issued them. This crown taler, that doesn't actually deserve it's name any more, originates from Württemberg and shows on the obverse King Wilhelm I (1816-1864).