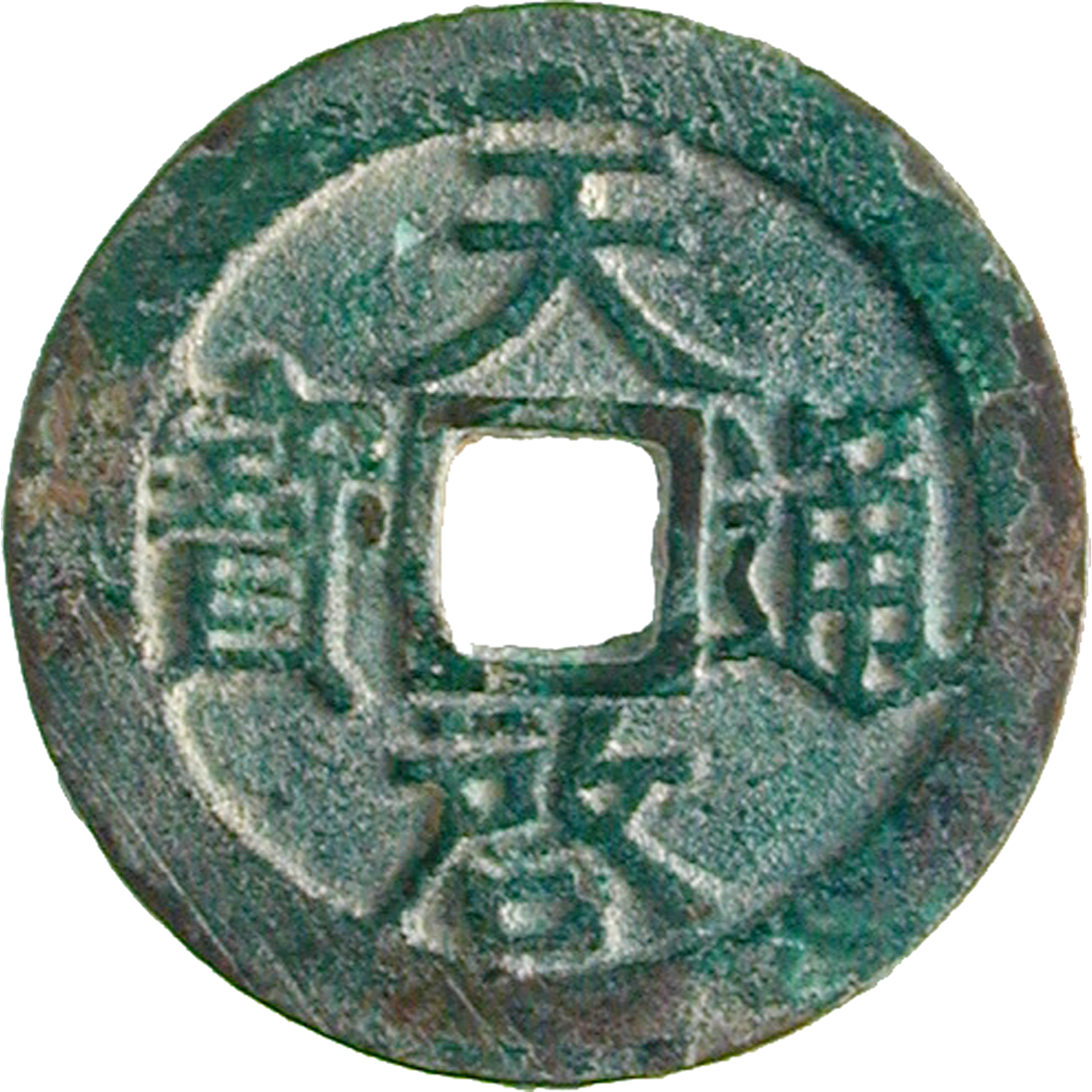 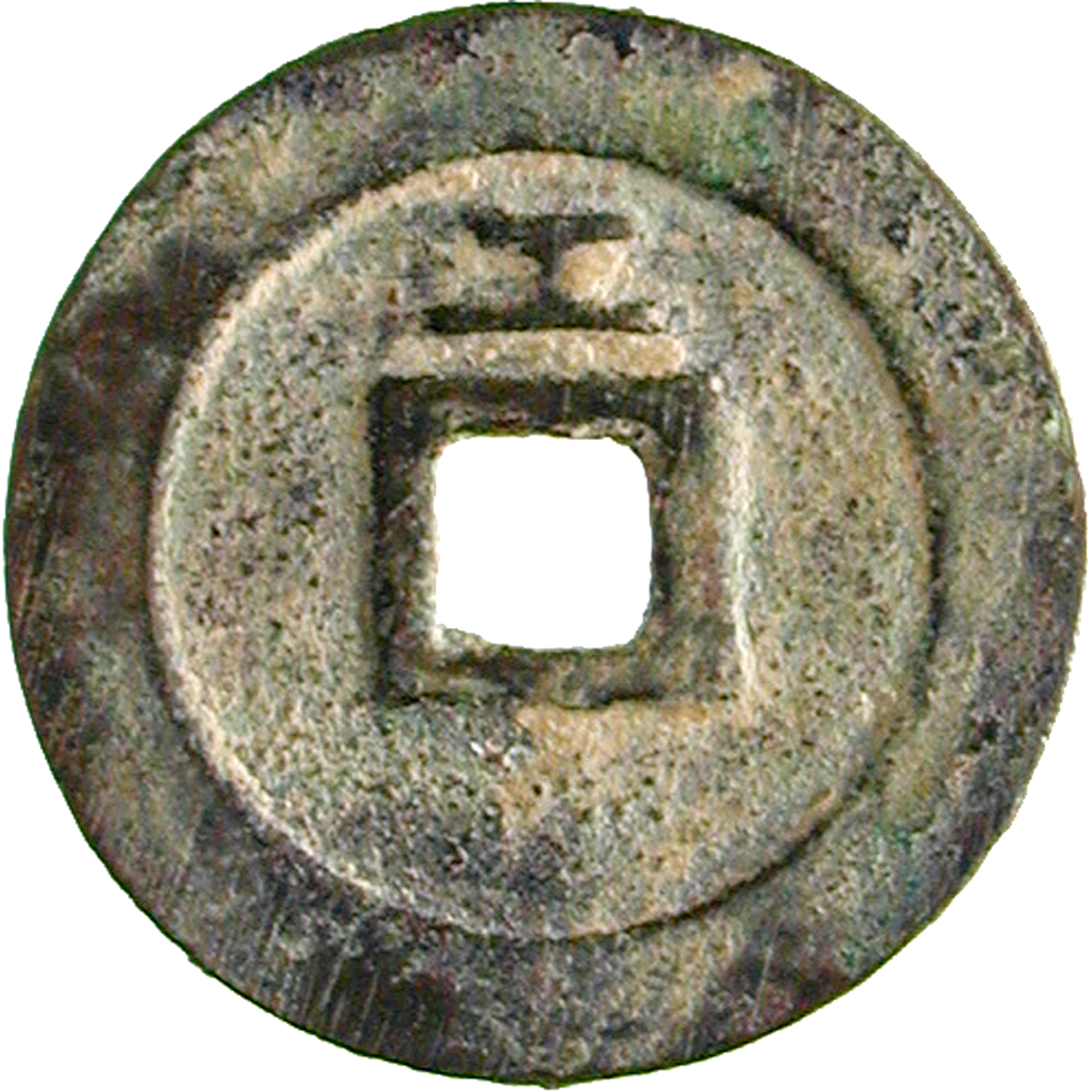 Cash-coins were introduced in 618 AD, and remained in circulation until the early 20th century. They weighed 5 shu, 3.25 grams. However, due to the casting techniques with which they were produced, the weight of the coins could vary considerably.

The purchasing power of one single coin was low. Larger payments that involved high numbers of cash-coins, were therefore transacted according to the total weight of the coins. Except for small errands – the purchase of bread at the baker, or of a bowl of tea at the street vendor – coins changed hands strung on strings. There were strings of 100, 500 and 1000 coins. Since it was impossible to verify the number of coins on a string with each transaction, the strings were weighed, and in this way their adequacy checked.