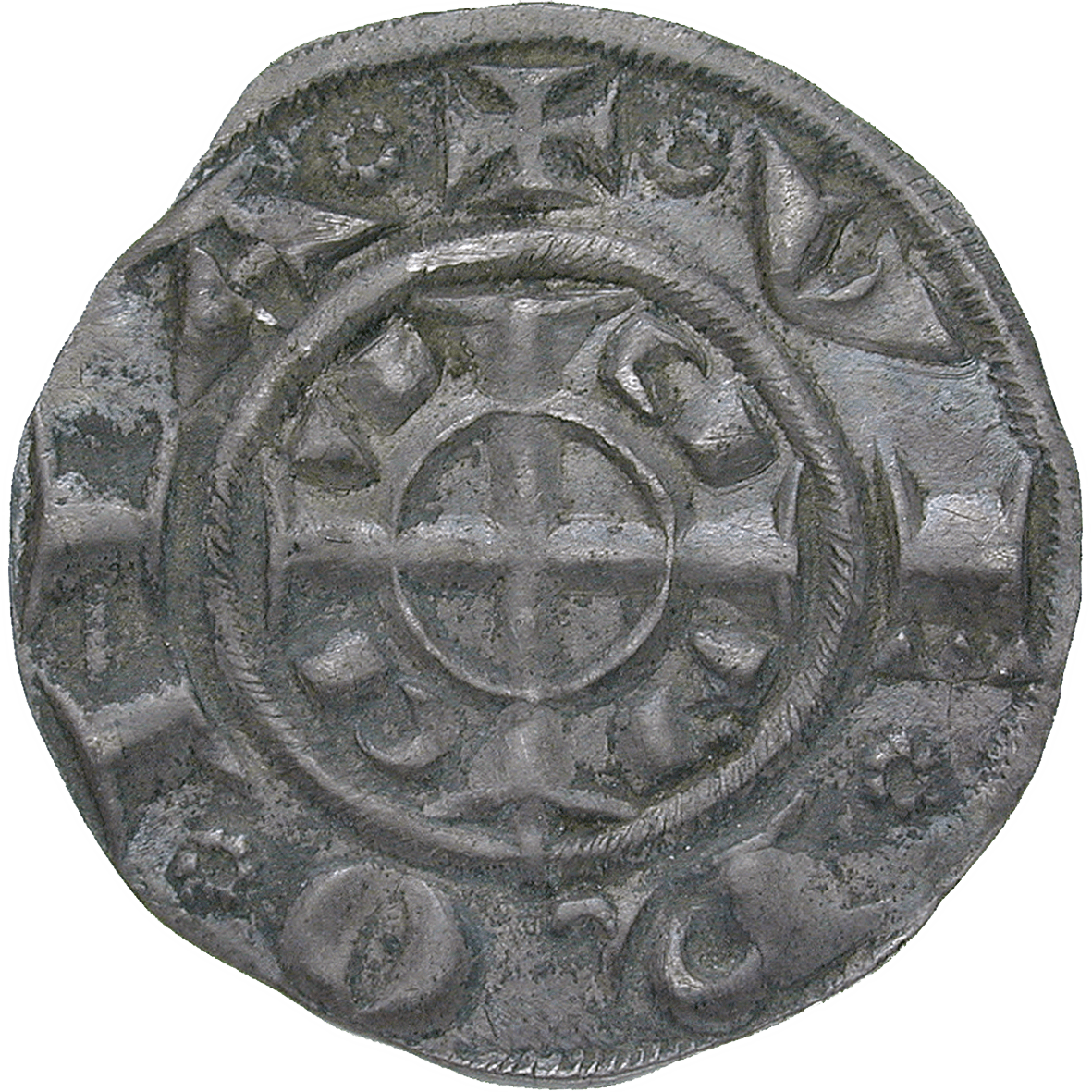 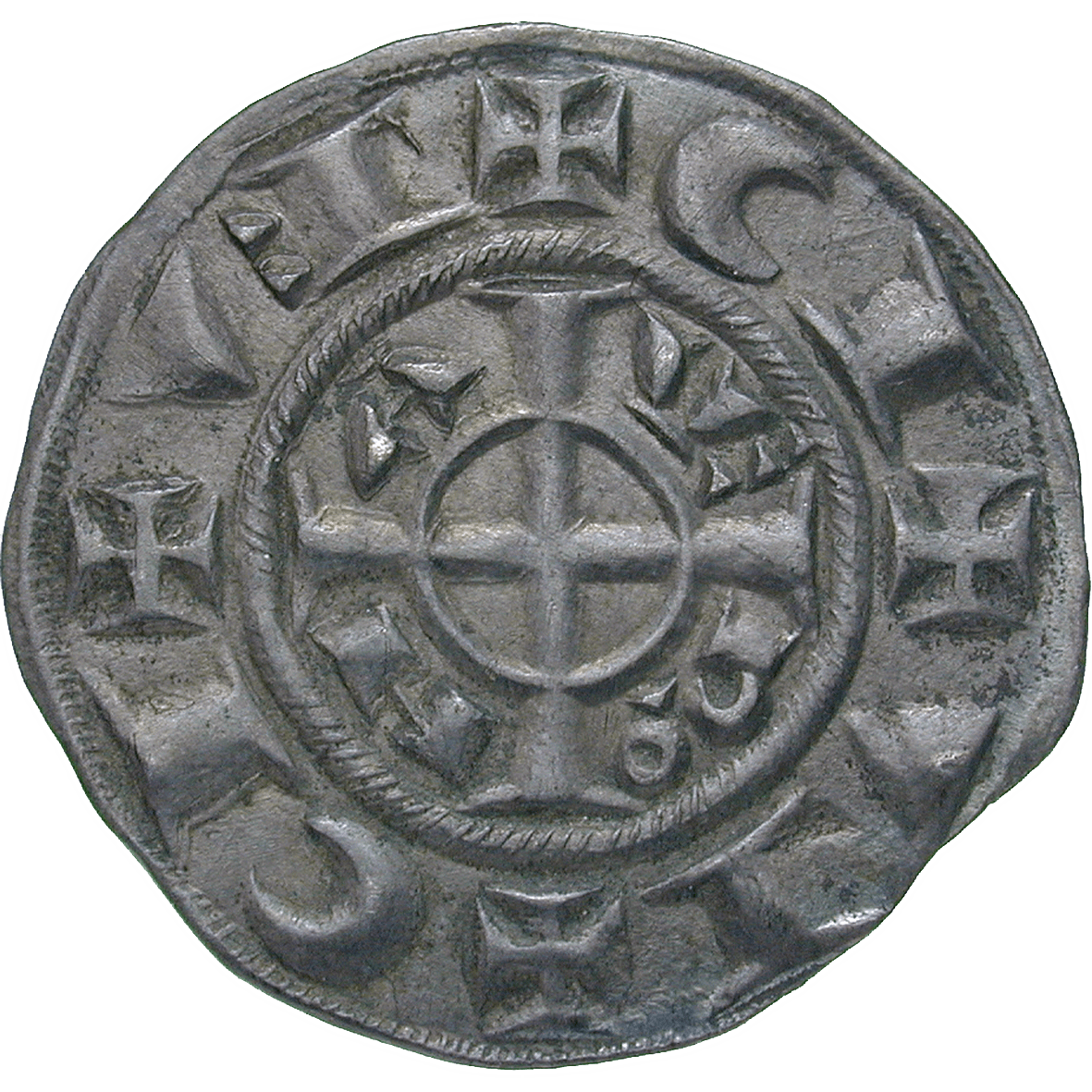 Two major developments in European monetary history date from the 13th century: the introduction of silver coins worth more than a pfennig, and the reintroduction of gold coins. Both developments started in Italy, and both were due to the increase of trade. In that century, the Roman-Catholics of Europe had been on the crusades; from these marauding expeditions they had brought a lot of new goods back to their hometowns and villages. The direct impact for the minting of new coins was the continuous debasement of the pfennig. Italy, where the pfennig was called denaro, had the worst inflation: here the purchasing power of the denaro had declined so badly, that every-day-trade could no longer take place for lack of money. Hence since the late 12th century, many towns in upper and middle Italy began to mint silver coins of different weights and values. "Grossi" were these silver coins called, "thick (denars)." This grosso was minted in Verona; it weighs 1.65 grams and has a value of 20 denari.