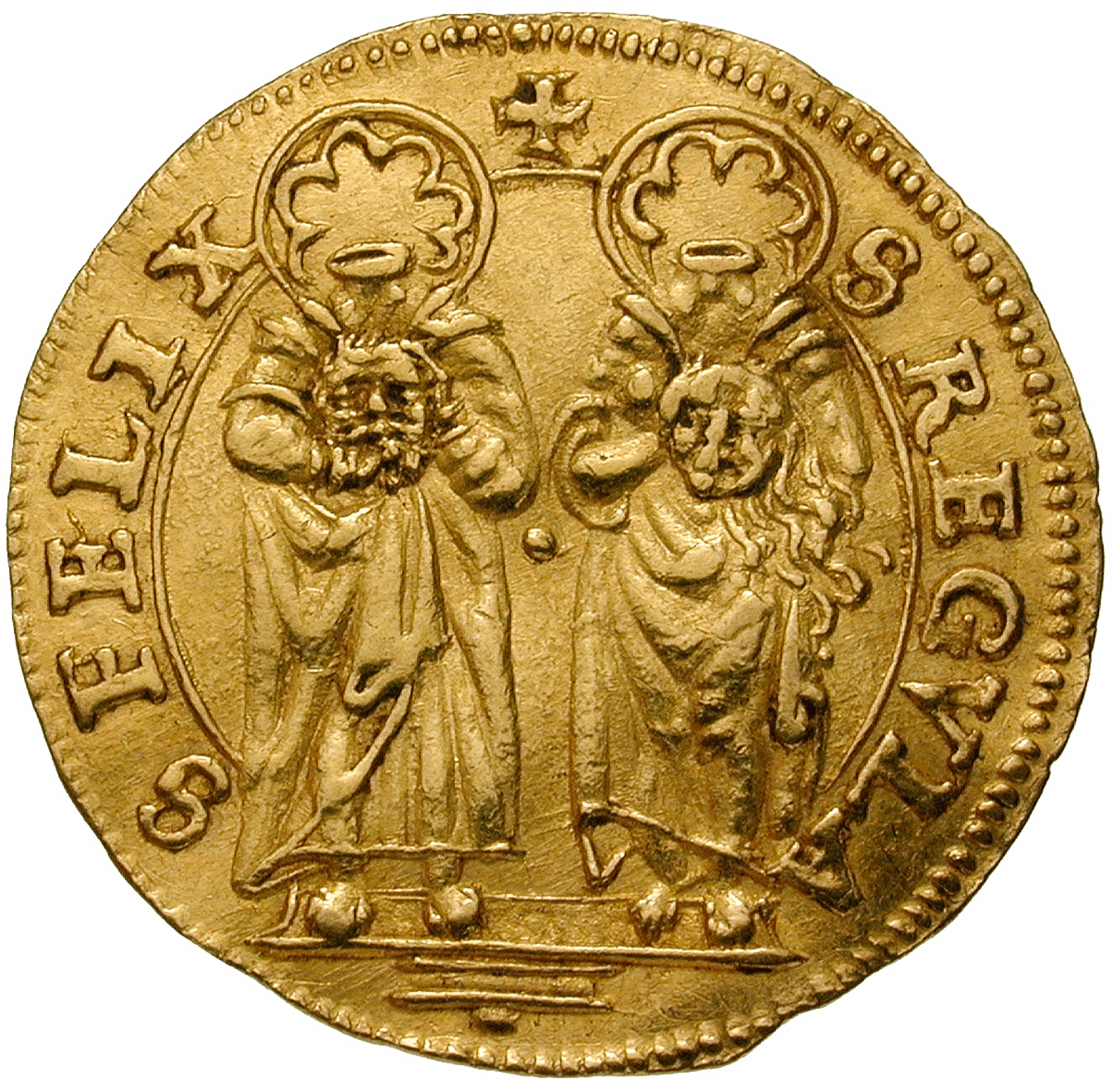 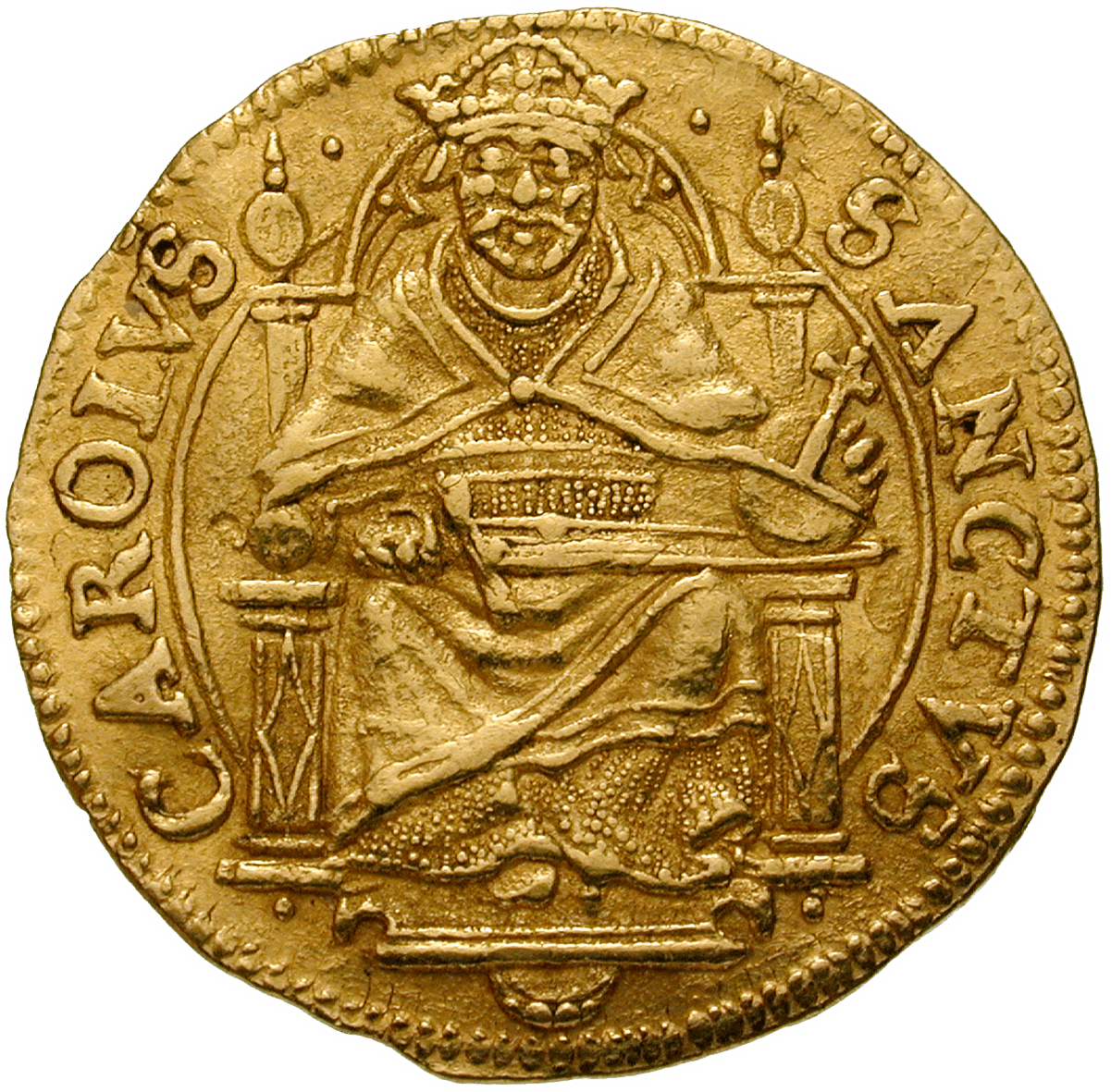 The obverse of this early ducat from Zurich shows the city's patron saints Felix and Regula. They are an unexpected motif on the coin of a Protestant city. A century earlier, Huldrych Zwingli and his reformers had banned all saints from churches and every day live. Since the beginning of the 17th century however, theologians' view of patron saints had altered. Now they were regarded as precursors of the Reformation. As a result they reappeared on coins not only in Zurich, but in other Swiss towns as well.

The reverse of the ducat depicts Emperor Charlemagne on his throne. Charlemagne was considered to be Zurich's founder. A sword lies across his knees, and in his left hand he holds the orb.