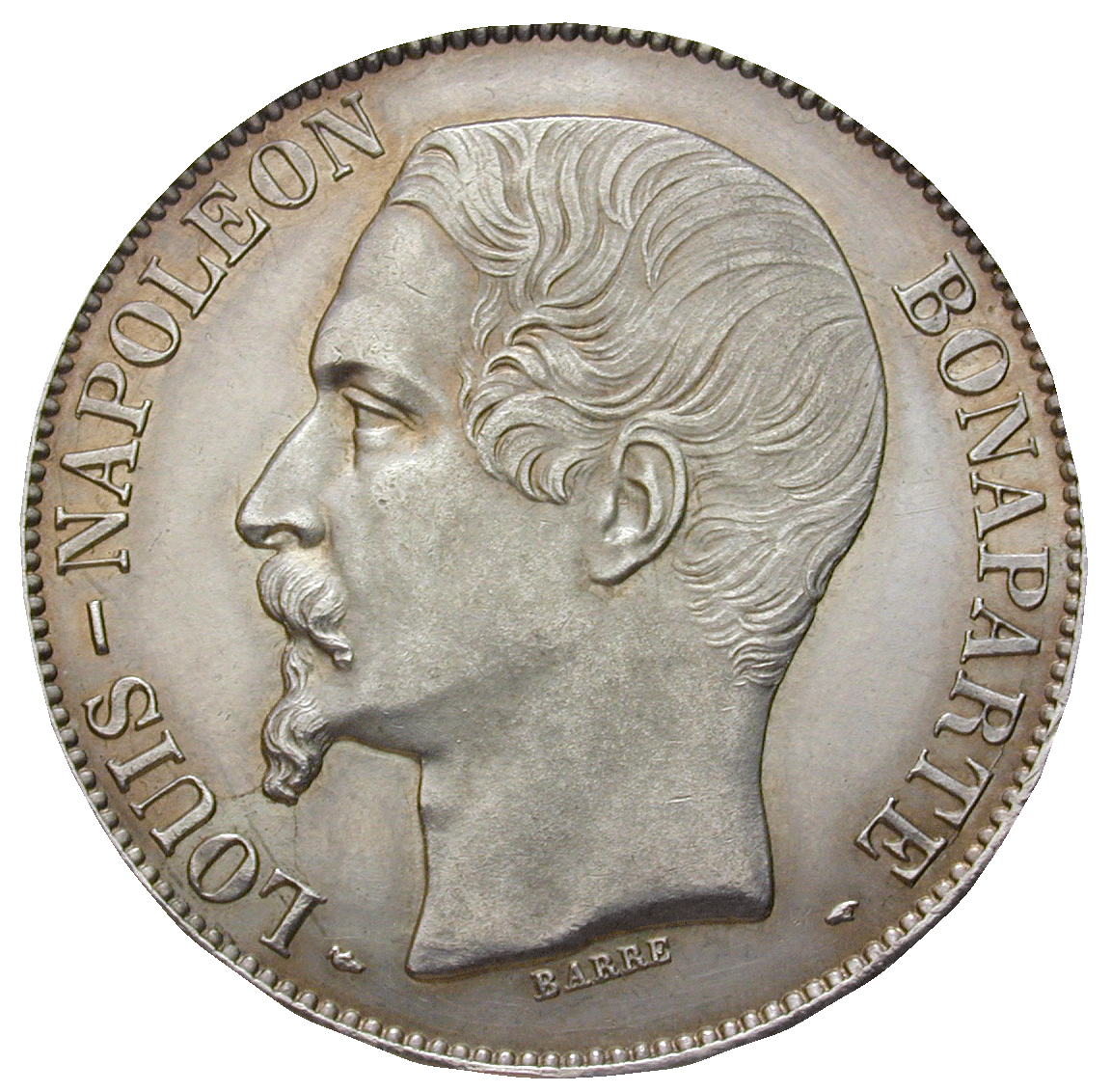 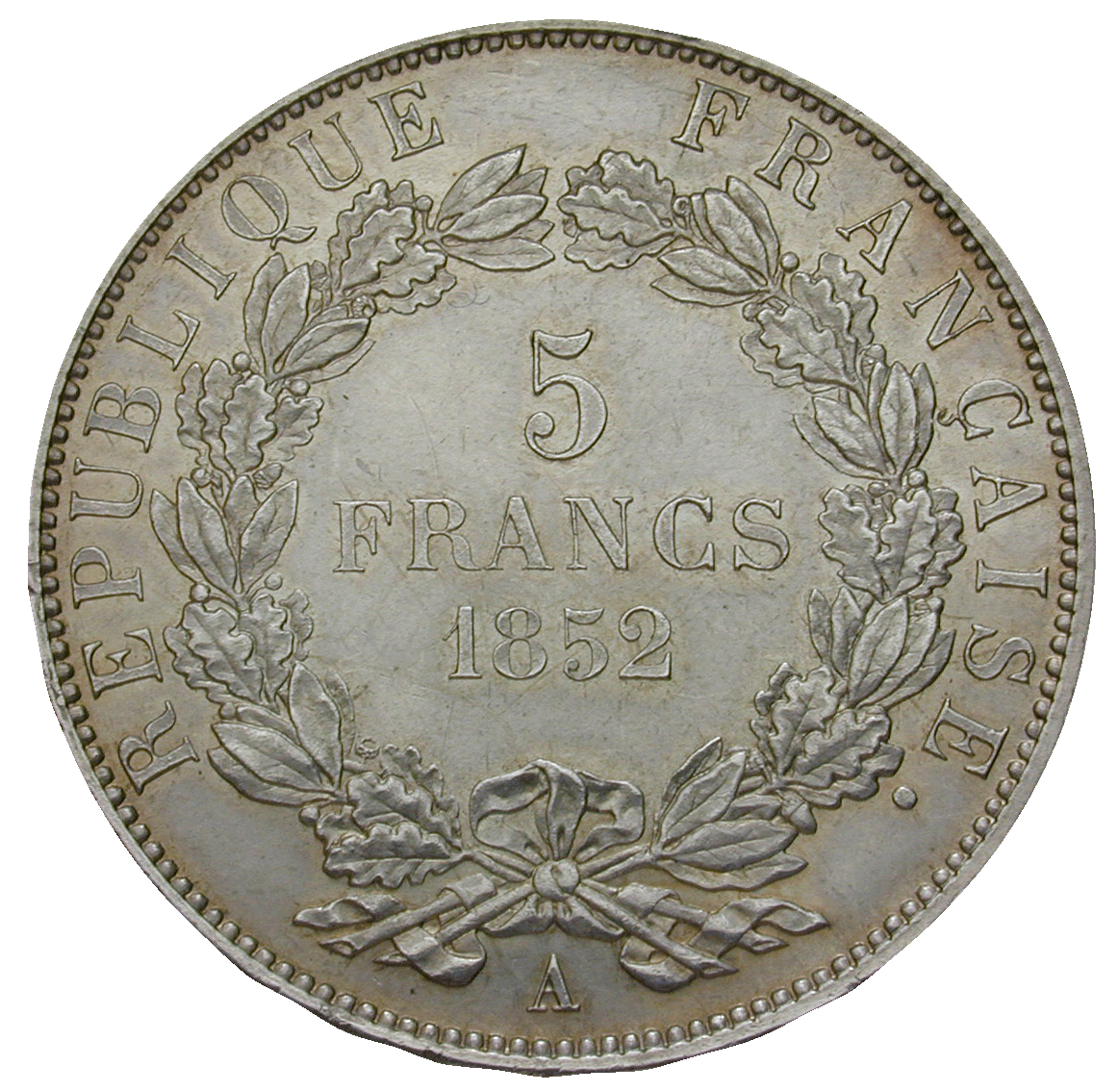 This coin was minted in 1852, when France officially still was a republic – at least that is what the coin legend says. At the same time, the coin portrays Louis Napoléon, the president of the French Republic. When his term in office neared the end in 1851, Louis Napoléon did not intend to resign. In December 1851, he dissolved the parliament in a coup d'état and seized dictatorial powers. The following year, after approval by a referendum, the Second Republic was officially ended and the empire restored. Louis Napoléon became Emperor Napoleon III (until 1870).