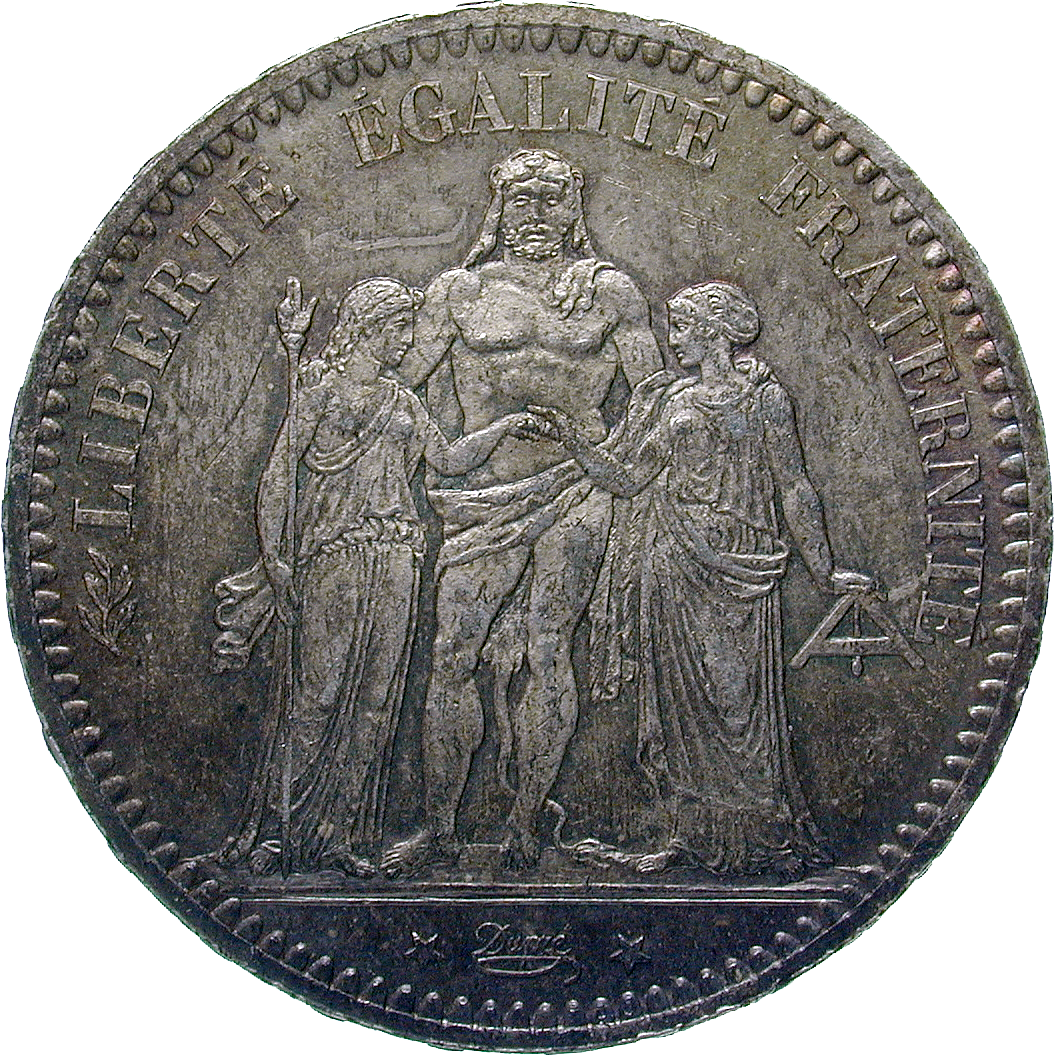 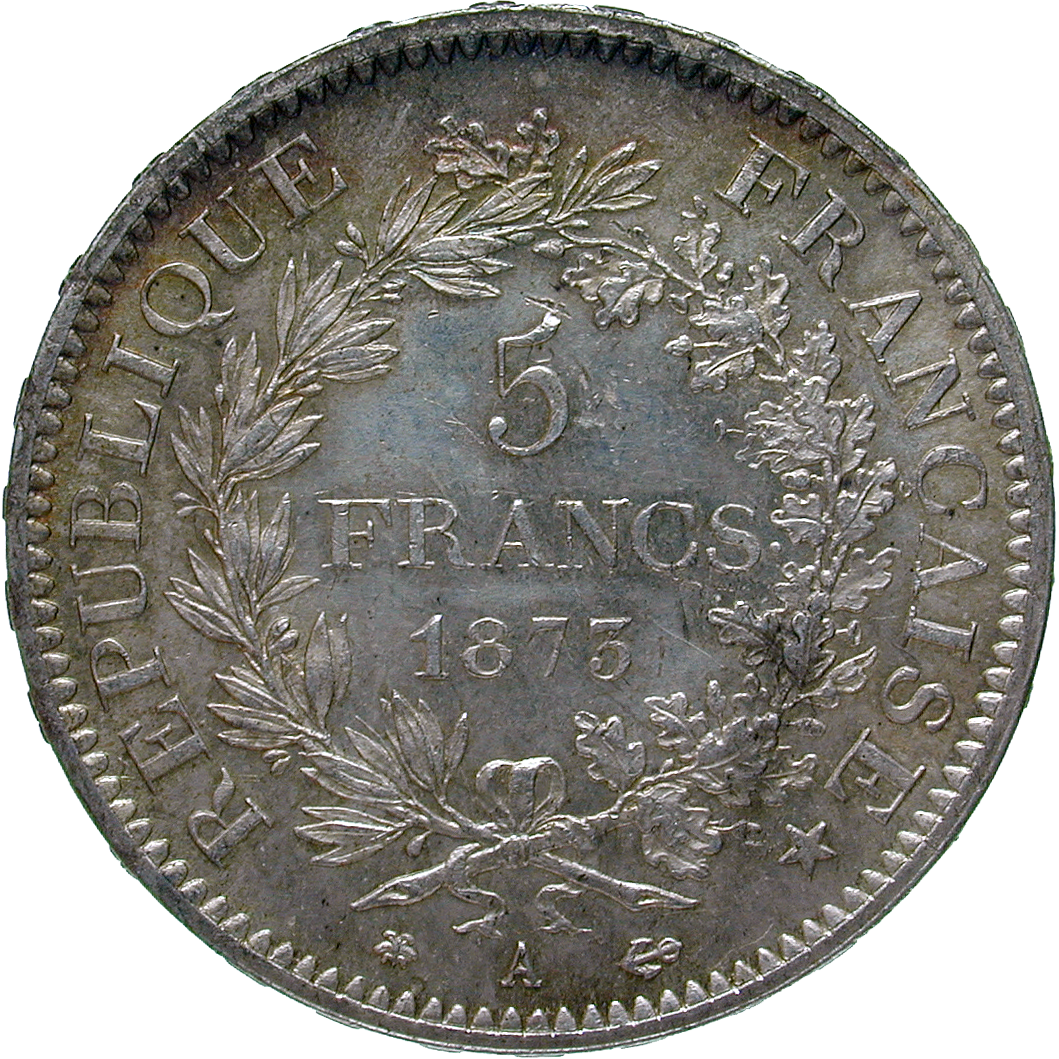 Desire for prestige and fear of Prussian-German hegemony were the reasons for the French declaration of war to Prussia in July 1870. Already in September, however, after the Battle of Sedan, the Prussians captured the French Emperor Napoleon III. The French republicans took advantage of the situation and proclaimed the Third Republic of France (1870-1940) some days later. Hence once again, republican coins replaced imperial ones in France. 5-franc-coins did not longer depict the portrait of Emperor Napoleon III, but the so-called group of Heracles: The antique hero Hercules protects the personifications of Liberty and Equality.