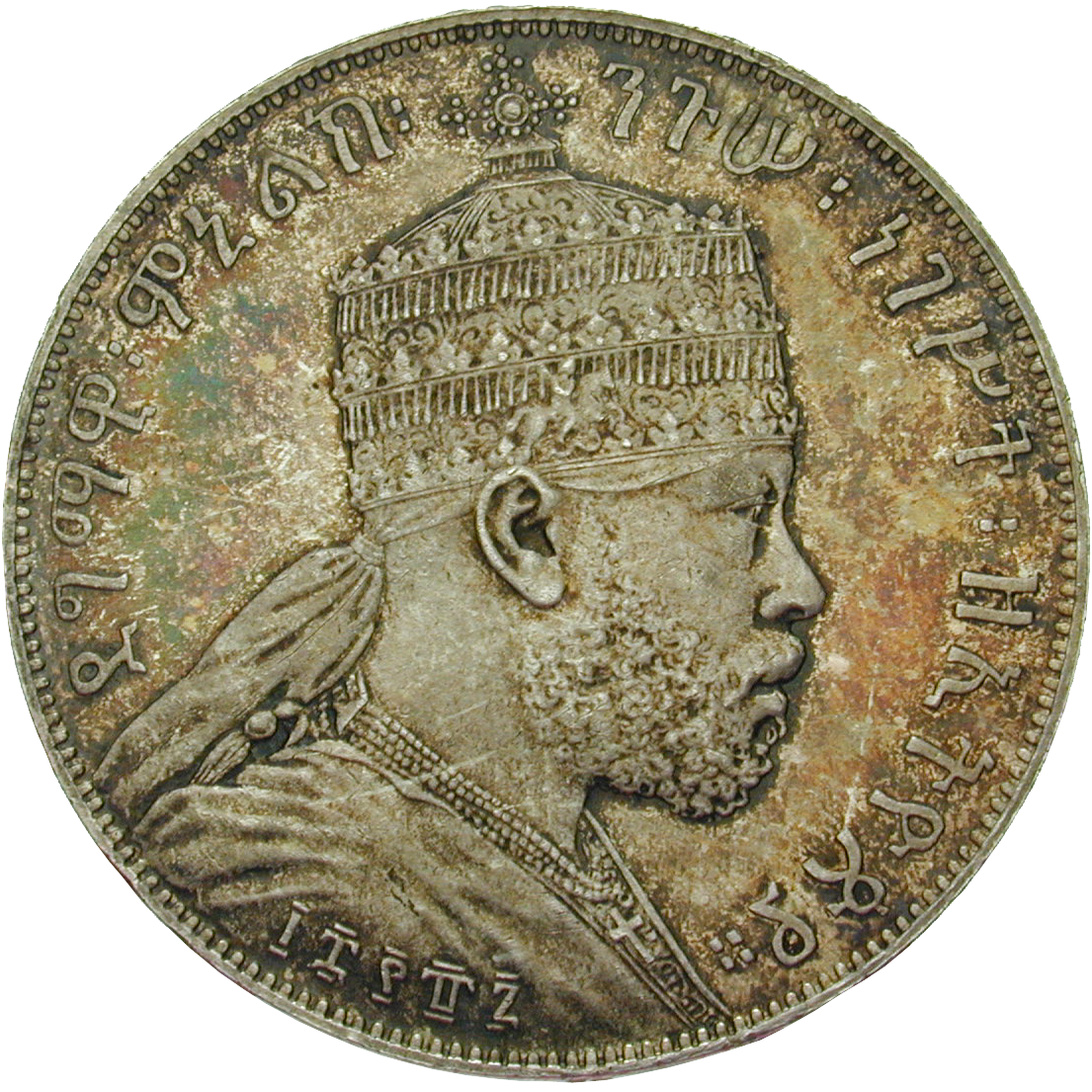 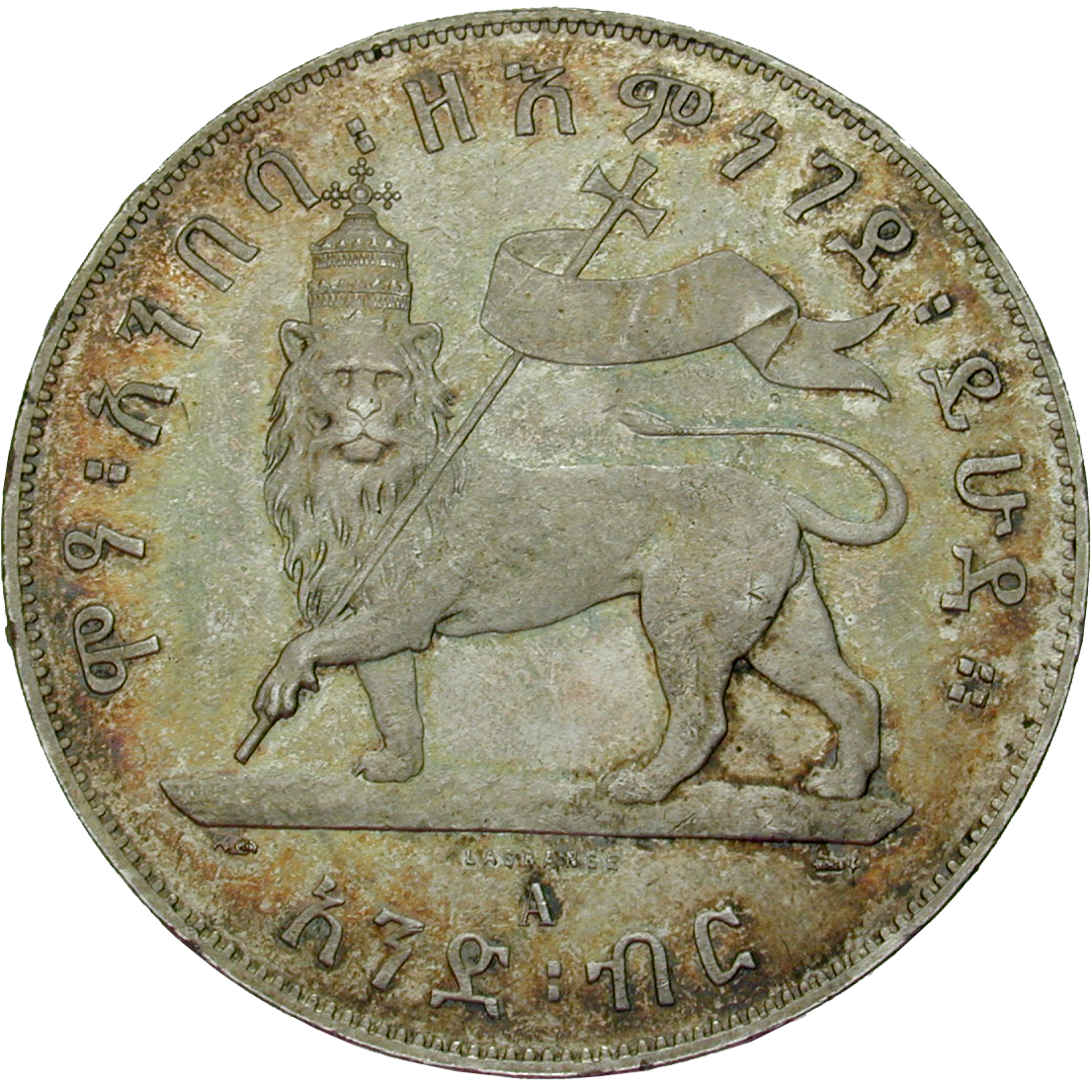 This rare and magnificent coin was minted in Abyssinia, the modern state of Ethiopia. It is a descendant of the Austrian Maria Theresa taler, the major trade coin in Abyssinia during the 18th and 19th centuries. In 1893, the Abyssinian emperor Menelik II (1889-1913) made the attempt to replace the Maria Theresa talers by national issues. He introduced a silver coin under the name of "birr" (silver). The birr's obverse bore a portrait of Menelik, while the reverse showed the Lion of Judah, which had been the crest of the Abyssinian kings ever since. The birr remained the currency of Ethiopia until this day. It could not replace the Maria Theresa talers for a long time, however – Austrian talers circulated in Ethiopia until they were officially demonetized in 1945.