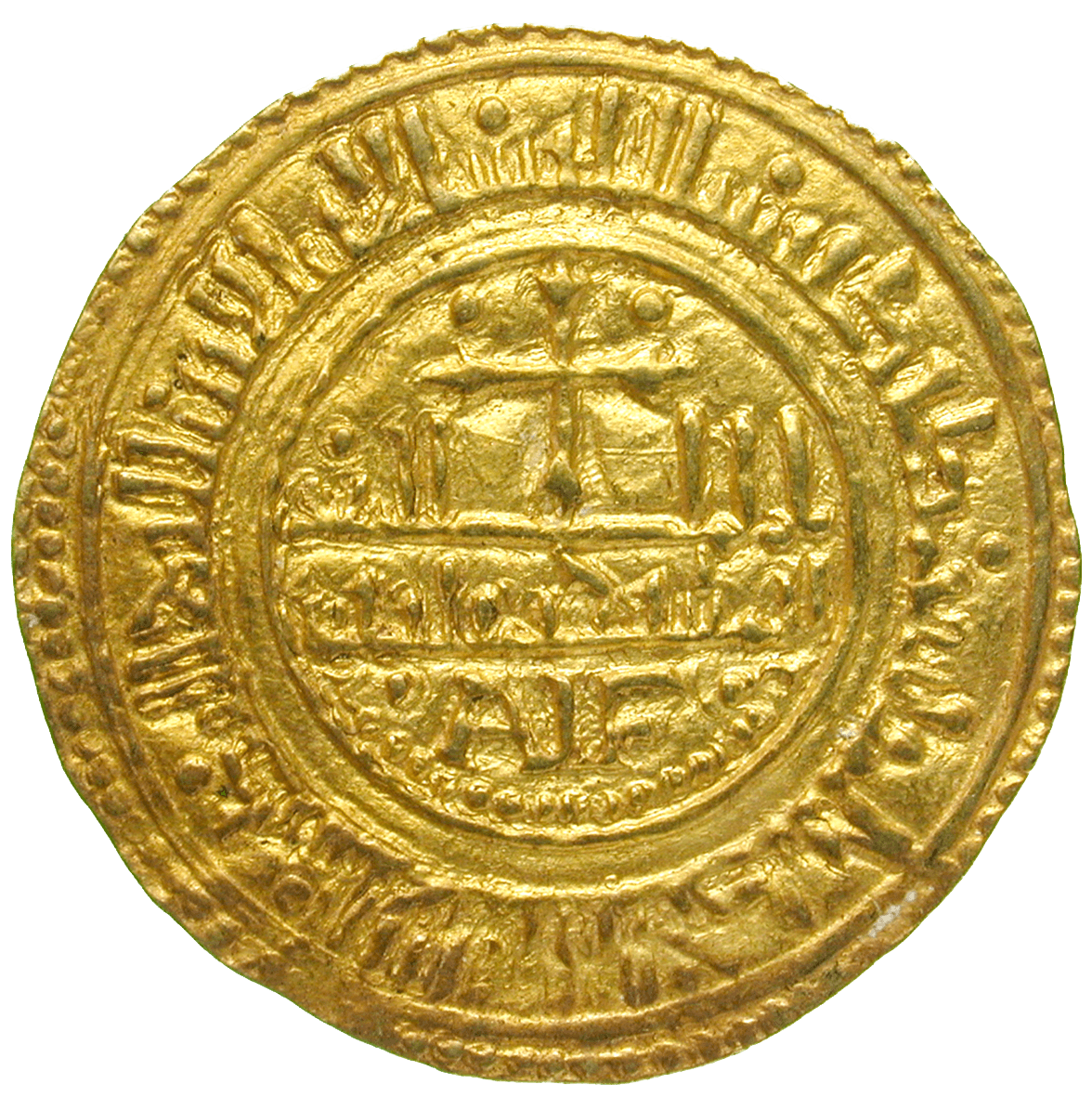 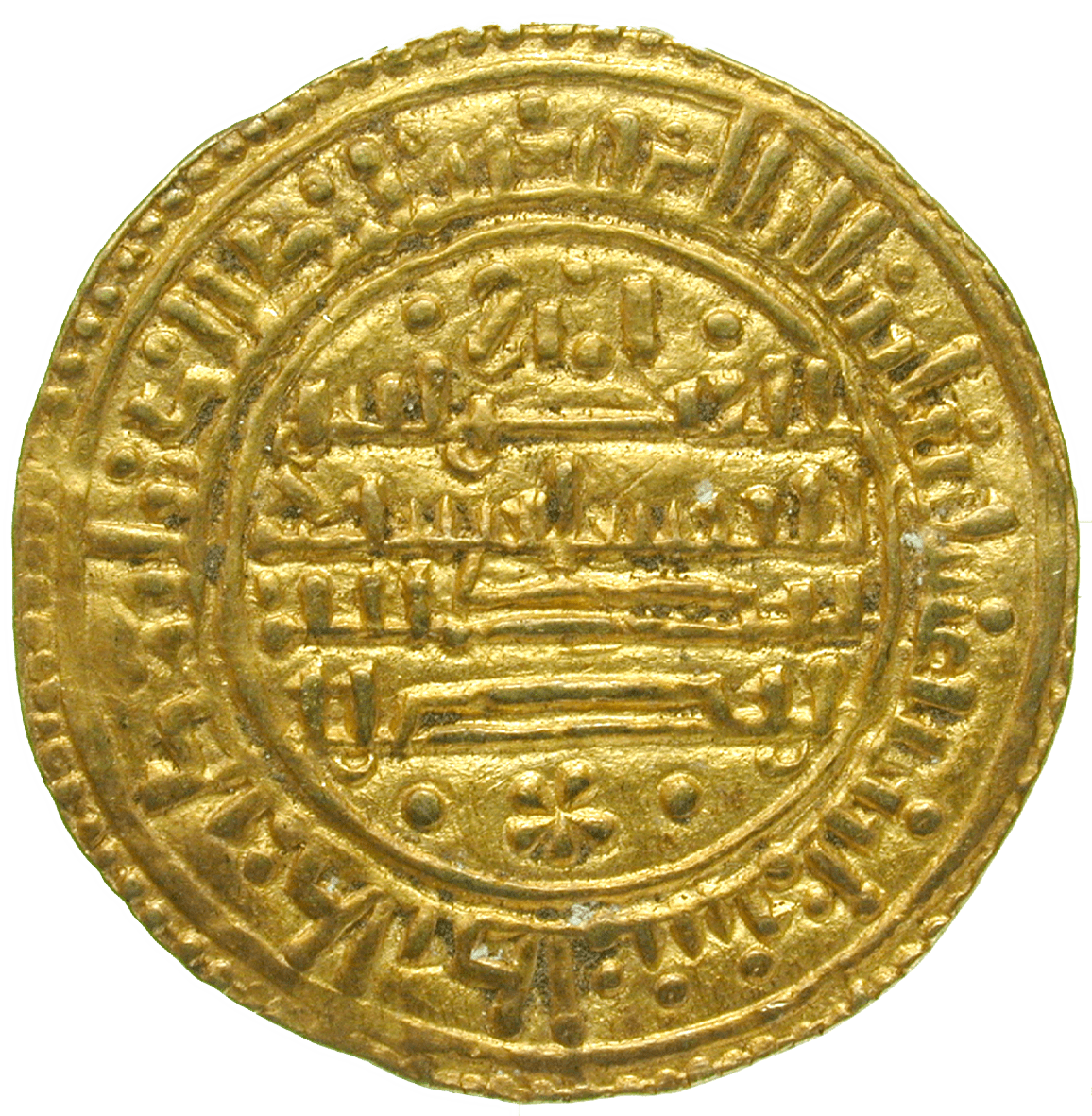 The maravedi was a gold coin issued in the 12th and 13th centuries by Christian rulers in Spain and Portugal. Maravedis (also known as morabitinos), were the most important currency for trade between the Christian states and the Arab countries. They were imitations of the gold dinars issued by the Arabs in southern Spain and northern Africa at that time. King Alfonso VIII of Castile (1158-1214), whose brilliant victory in 1212 at Las Navas de Tolosa in the Sierra Morena sealed the ultimate fate of Islamic rule in Spain, adhered to the Arabic type in his issues too. His maravedis bore Cufic inscriptions, yet with a Christian content. The obverse showed a Christian cross and the abbreviation of the king's name ALF in Latin letters.