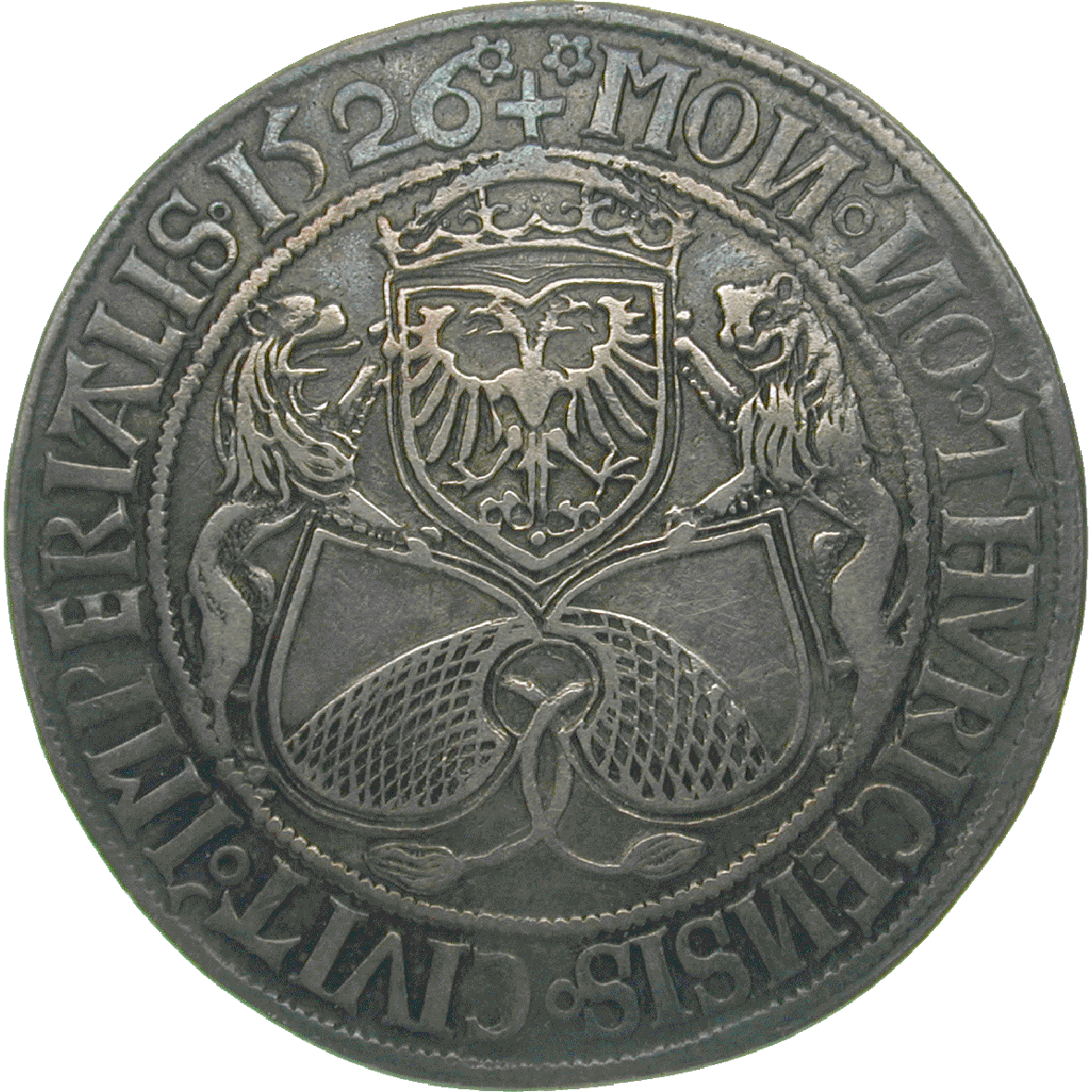 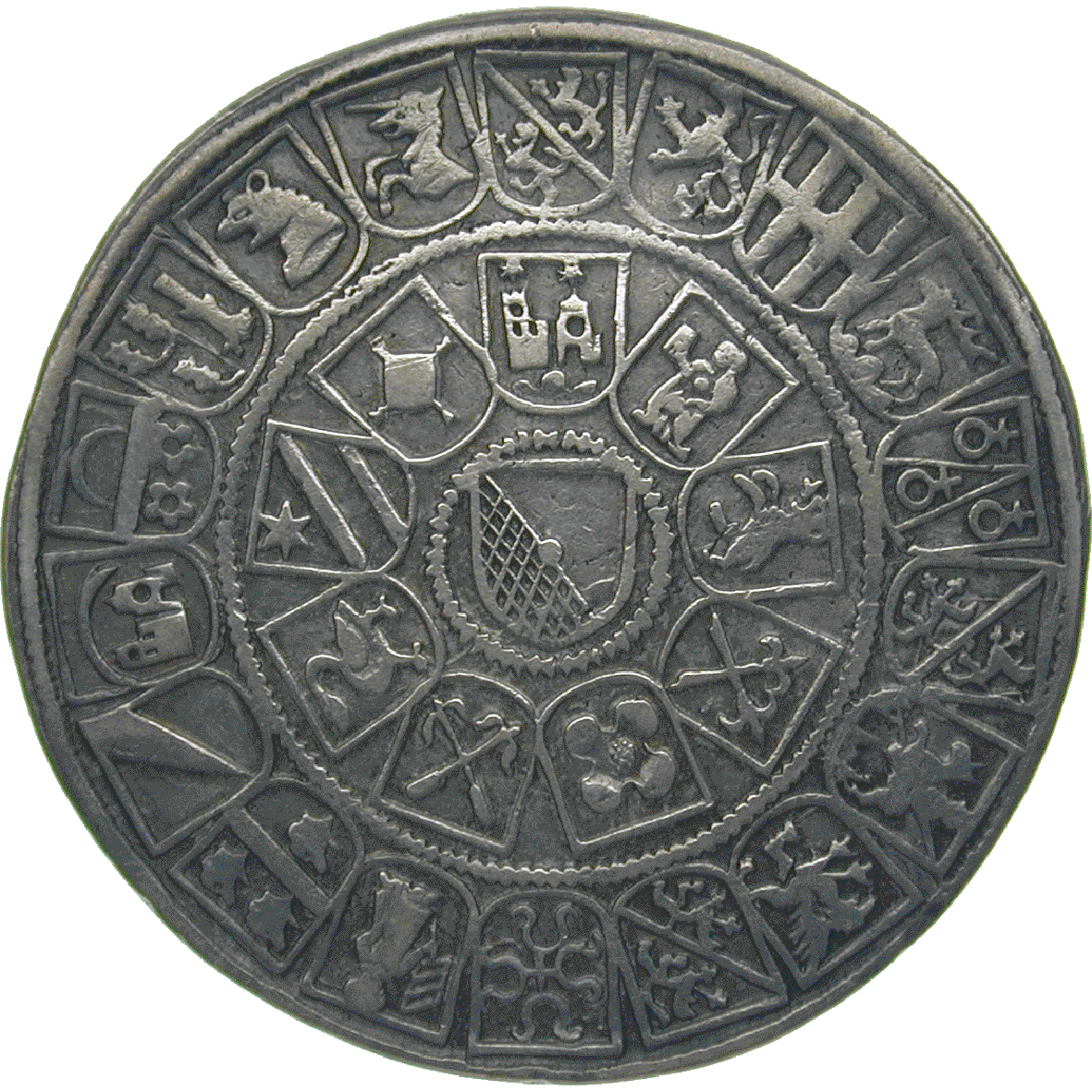 After the Reformation Zurich became a rich city. In 1525 all the churches and monasteries in Zurich's territories were abolished and their possessions confiscated. In gold and silver, a sum of about 14,000 guldens was accumulated. For comparison: a craftsman at that time earned about one gulden per week.

Naturally, after the introduction of the Reformation the city's patron saints Felix and Regula could no longer be depicted on the Zurich coins. The city therefore now set its emblem on its coins. On the obverse of this guldiner hold two lions a shield each, while they support the crowned imperial coat of arms with the other paw. The imperial arms signified that Zurich was a free imperial city, subject only to the emperor and owing allegiance to no other overlord. On the reverse of the guldiner, the shield of Zurich is in the center again, this time surrounded by the arms of the Zurich bailiwicks.