Mozambique, José I of Portugal, Real de a ocho (Peso) 1765 with Mozambican Countermark 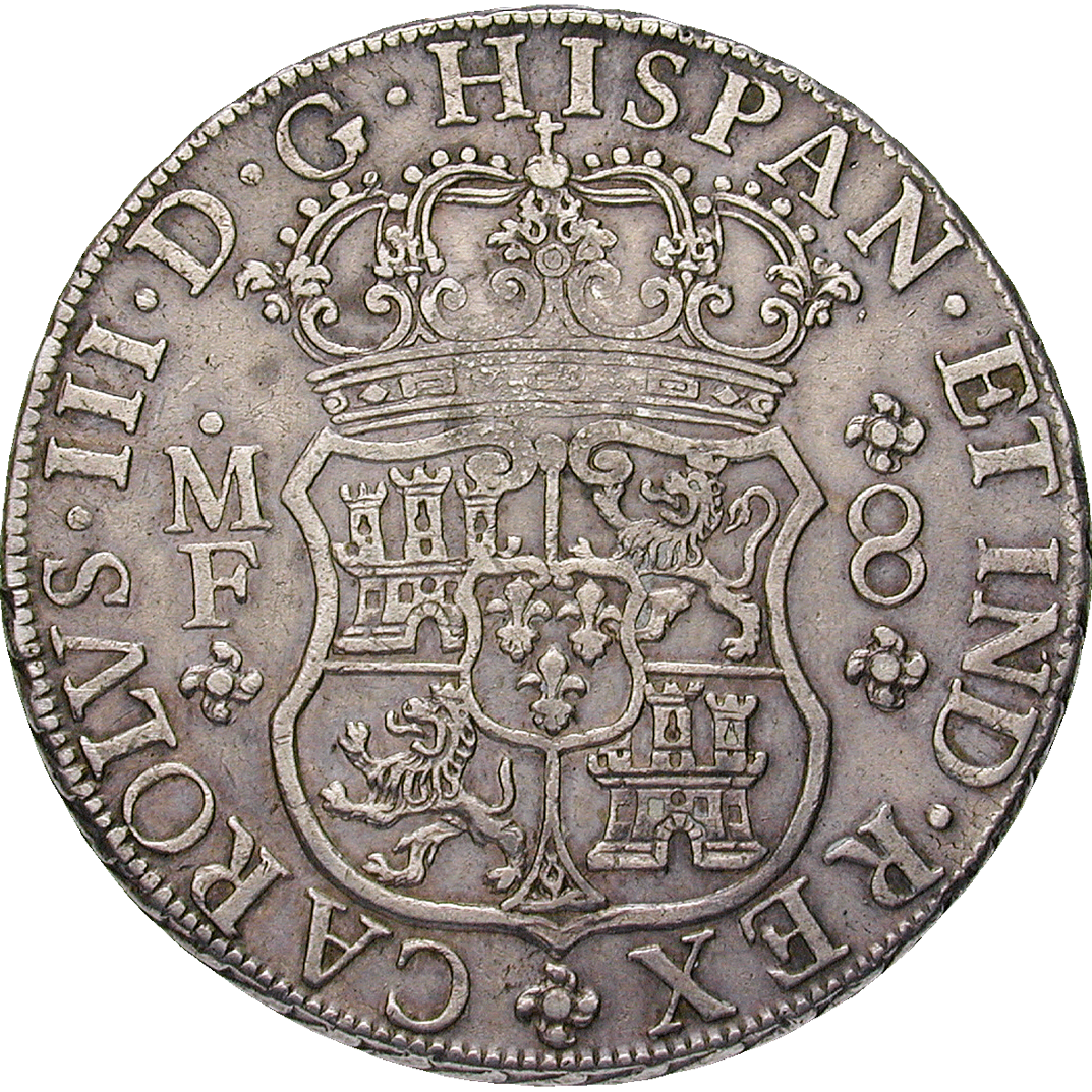 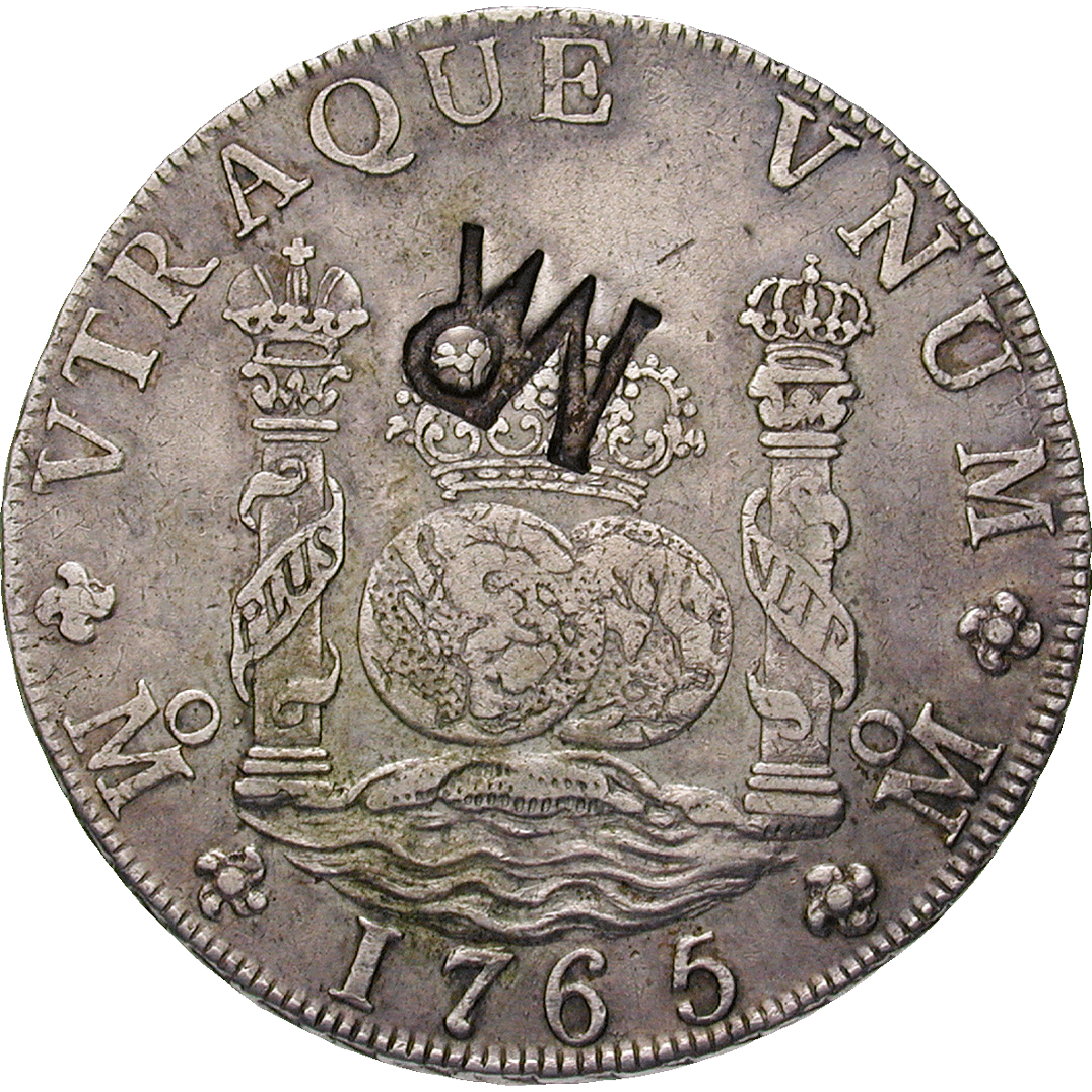 This peso has had an adventurous journey. It was minted in the colony of Mexico in 1765 in the name of the Spanish King Charles III. From there it traveled to East Africa, into the Portuguese colony of Mozambique, where it was countermarked MR. In 1765, the Portuguese in Mozambique started to countermark valuable foreign coins with M (for "Mozambique"). These countermarked coins were acknowledged legal tender within the colony. Two years later, the countermark M was replaced by MR (for "Mozambique Rios"?). MR was used almost exclusively on Mexican pesos (the so-called "Spanish colonial pillar dollars"). On European coins, it appeared only occasionally.