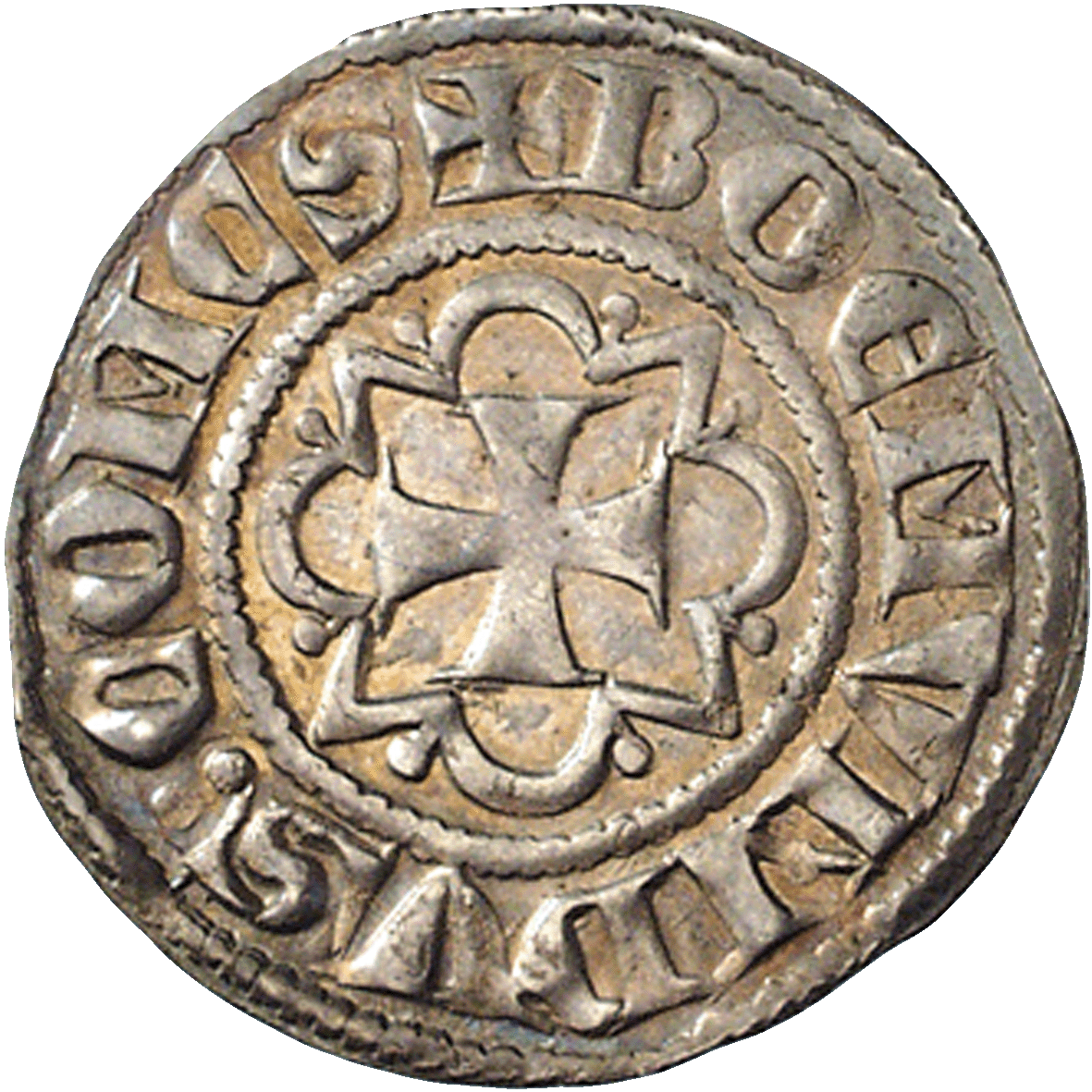 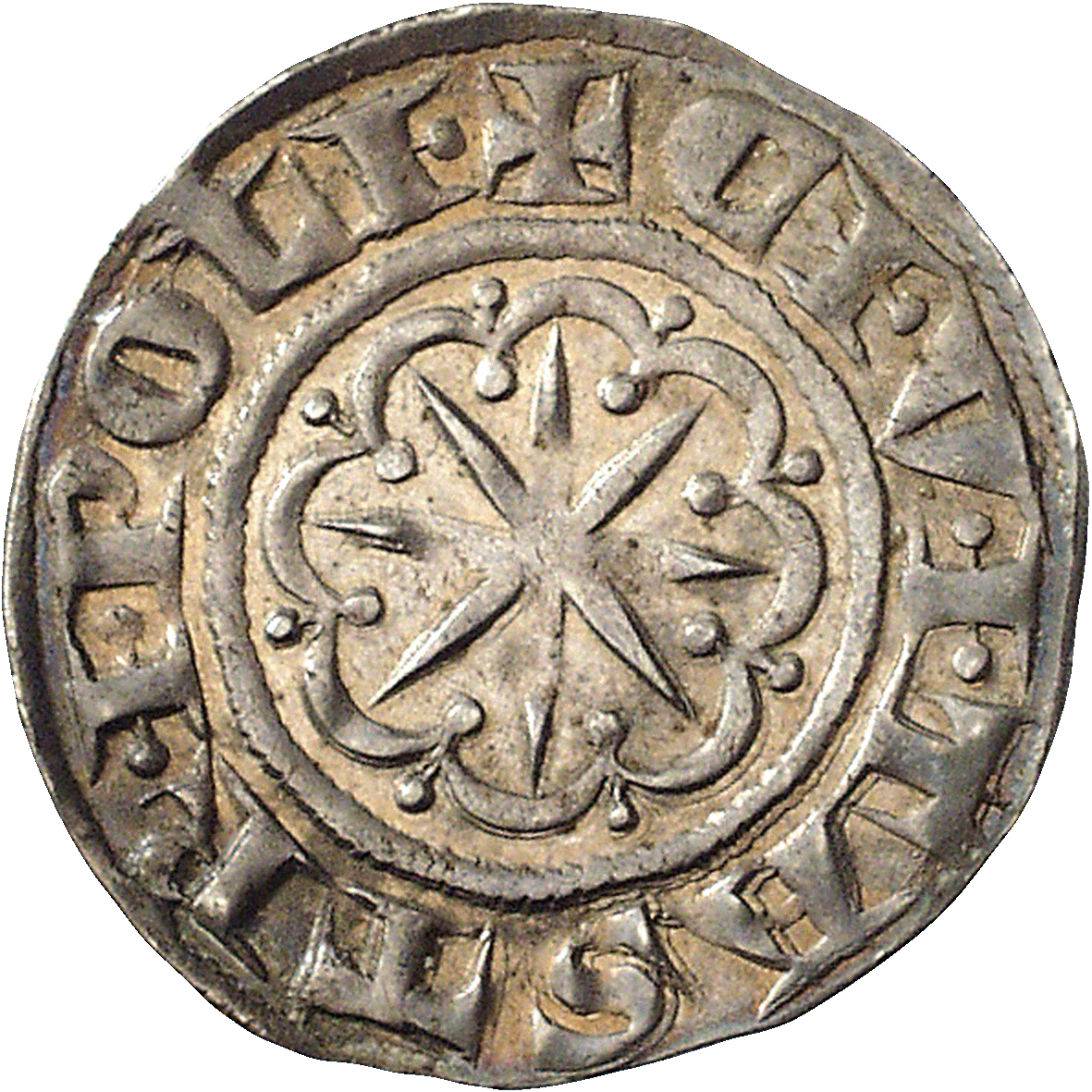 In the wake of the Crusades the groat – the German groschen, French gros and Italian grosso – found its way to the Crusader states. In Tripoli it was modeled after the French gros tournois, and was thus called gros. This piece has a cross pattée in a quatrefoil on the obverse. This cross is often associated with the Crusades, as it was the emblem of the Crusader order of the Teutonic Knights.

During the reign of Bohemond VI (1251-1275), the times of the Crusader states came to an end, however. His duchy of Antioch (in Syria and parts of today's Turkey) was conquered by the Islamic Mamluks in 1268; Bohemond fled to Tripoli, where he stayed until his death.