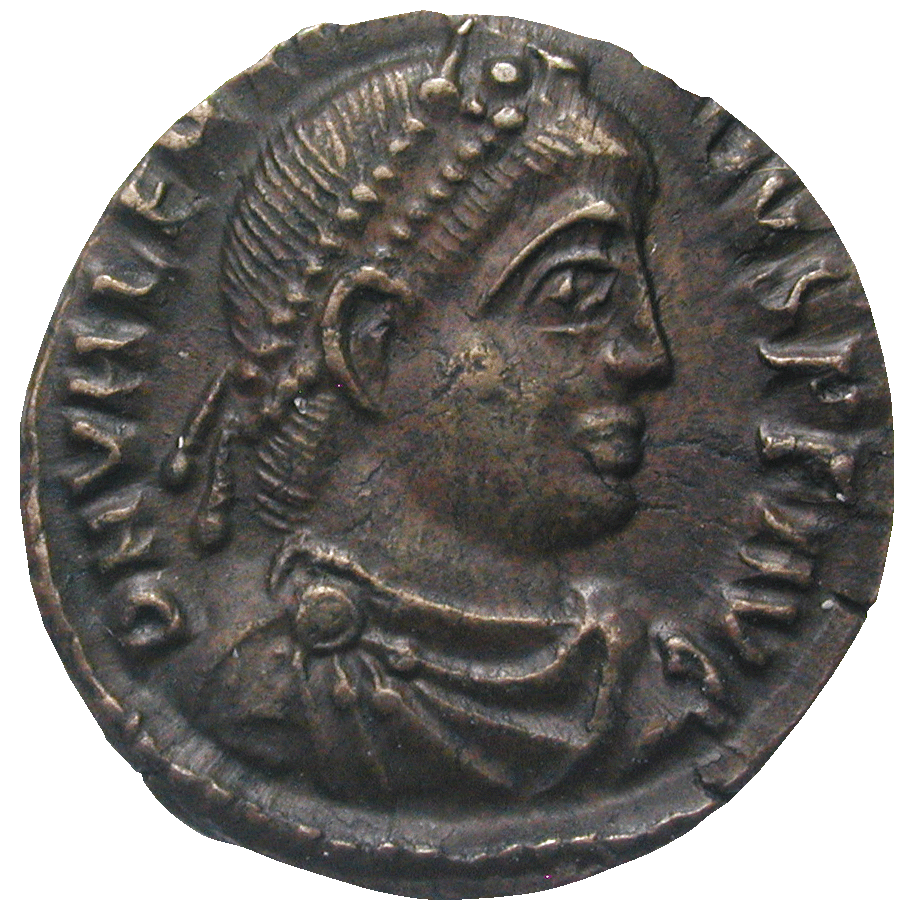 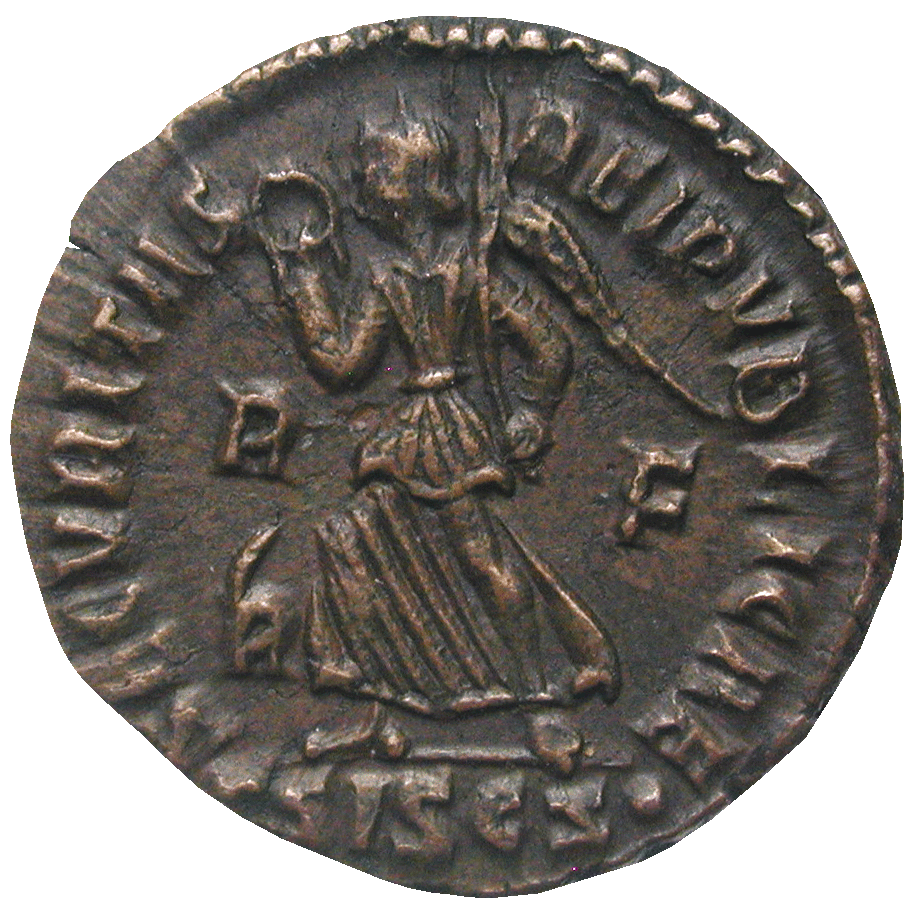 The reverse of this little bronze coin shows a surprising combination of image and inscription. Depicted is Victoria, the goddess of victory, with a palm branch and a wreath, a very familiar motif on Roman coins. On this piece, however, the legend reads SECVRITAS REI PVBLICAE, in translation: security of the state.

This indicates a remarkable shift of emphasis. In former times the Roman emperors had gained victories in order to win land, glory, and booty. Yet for Emperor Valentinian (364-375), the issuer of this coin, it was not triumph as such that seemed desirable. Rather he saw the purpose of victory in the defense of the Roman borders, and in the safeguarding of its territory.