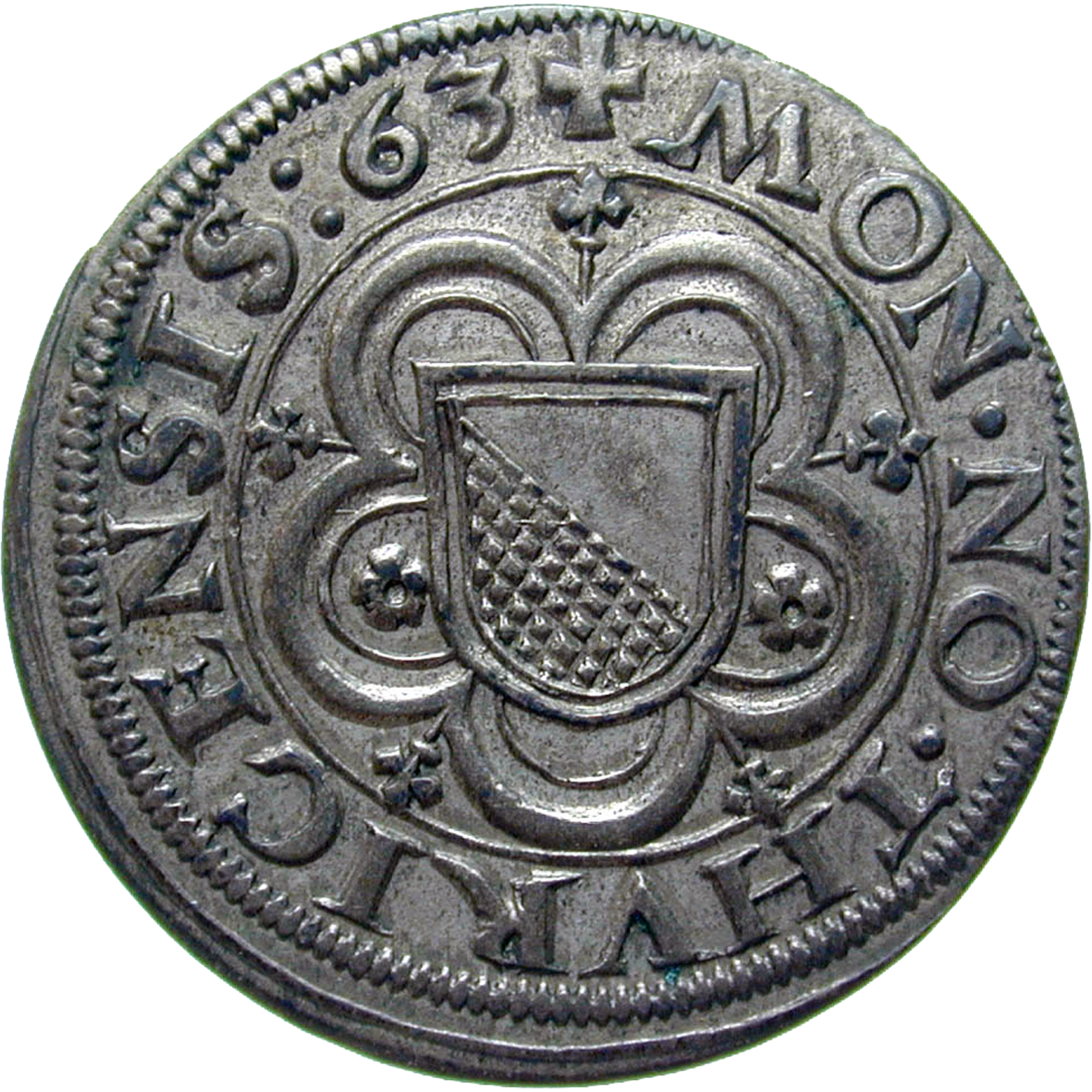 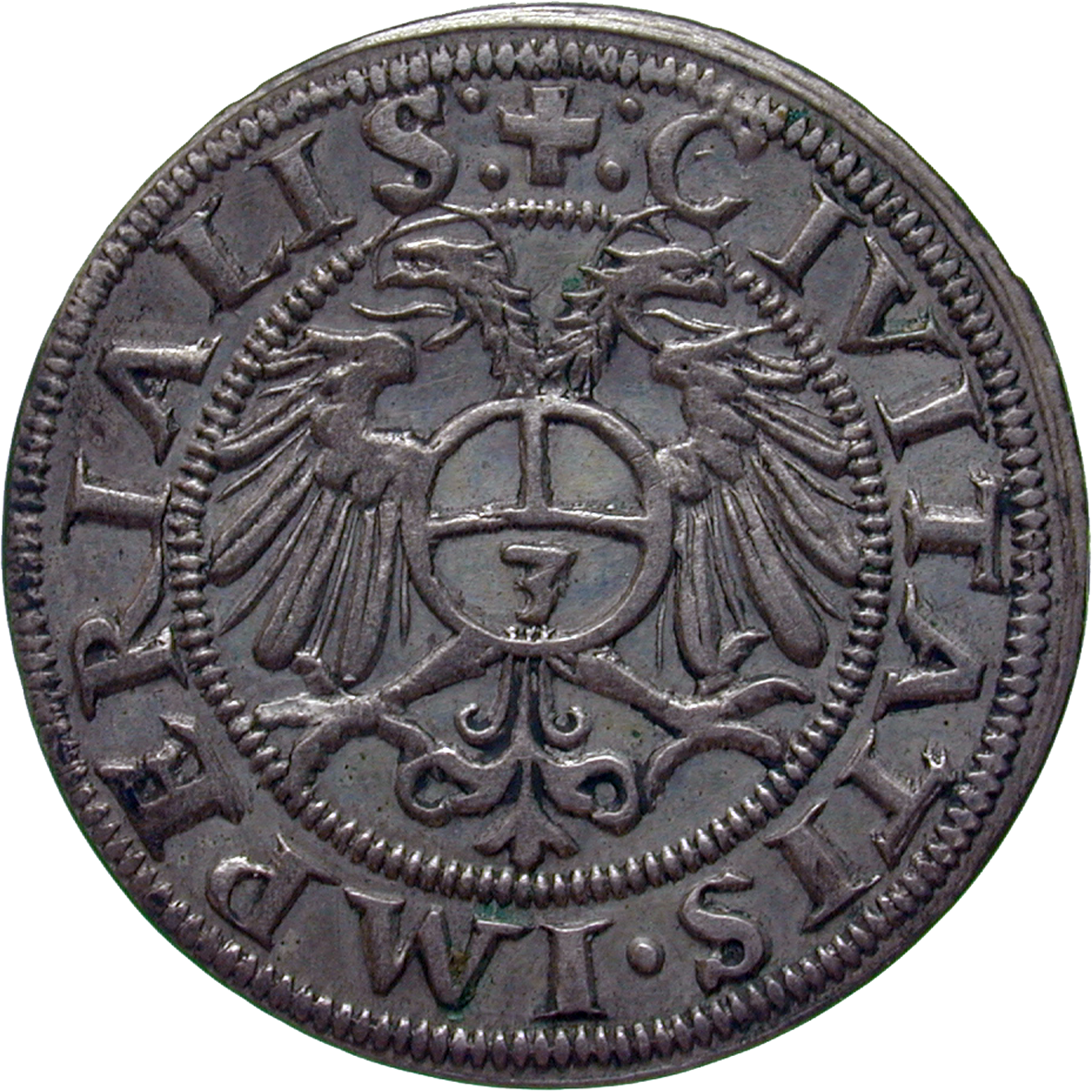 Until 1648 the city of Zurich was part of the Holy Roman Empire; the imperial eagle on the reverse of this coin stands for this membership. As imperial city Zurich was obliged to mint its coins according to the regulations of the Augsburg Coinage Act from 1559. The act decreed that the obverse of the coin was to show its provenance, here expressed by the Zurich crest. The reverse of the coin had to indicate the value and the imperial eagle. On this coin the bird bears a 3 on its breast; the coin is worth 3 kreuzers, which makes it a so-called groschen.

After 1550 the economic situation of many people in Zurich deteriorated. The population in the city multiplied between 1529 and 1585 from about 55,000 to 79,000 citizens. Additionally in the 1570s the climate started to become colder, leading to failures of crops and an increase of prices. The result was mass poverty and exploding prices for staple foods. While in 1560 a kilogram of wheat had cost about half a kreuzer, the price had risen to more than 2.2 kreuzers per kilo in 1571.