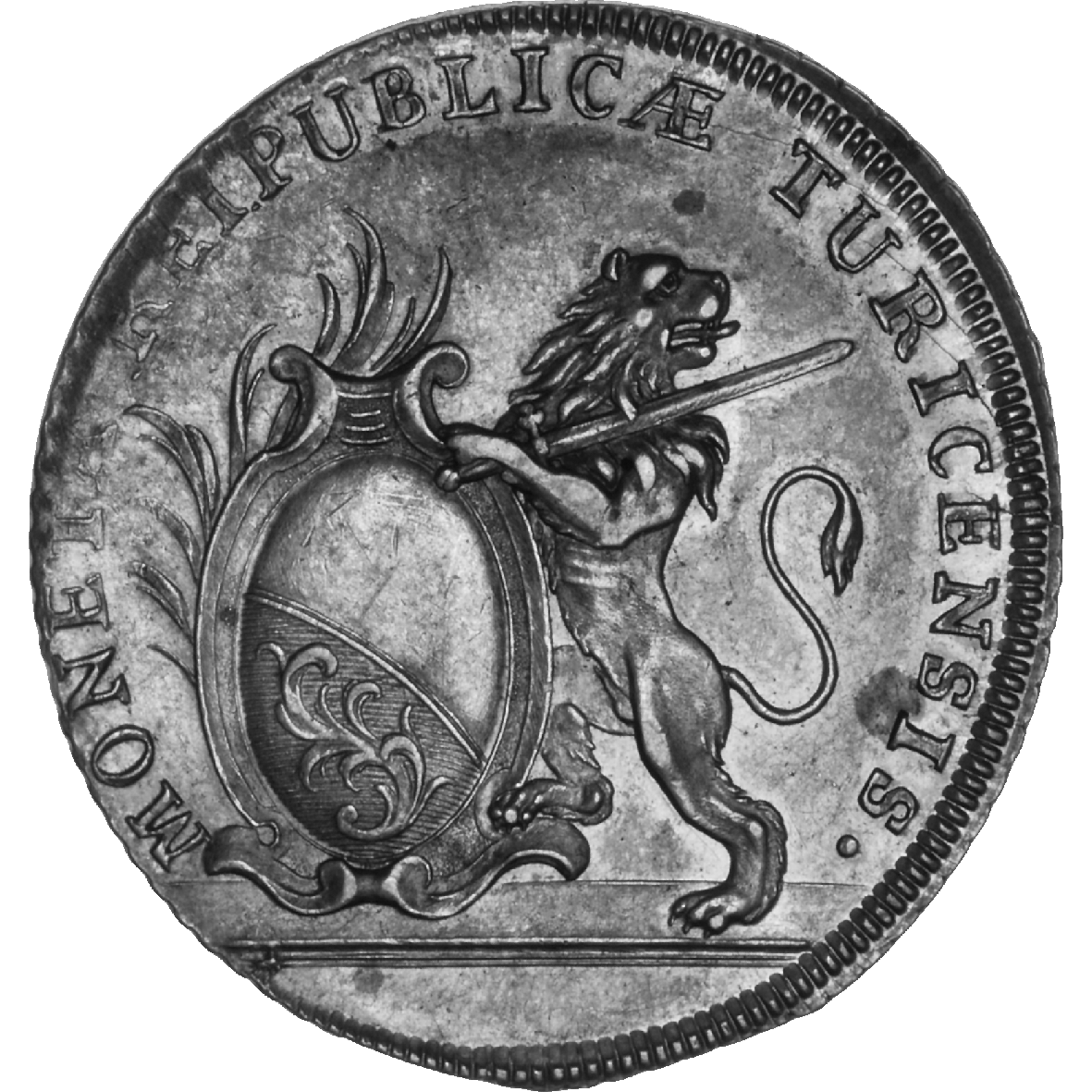 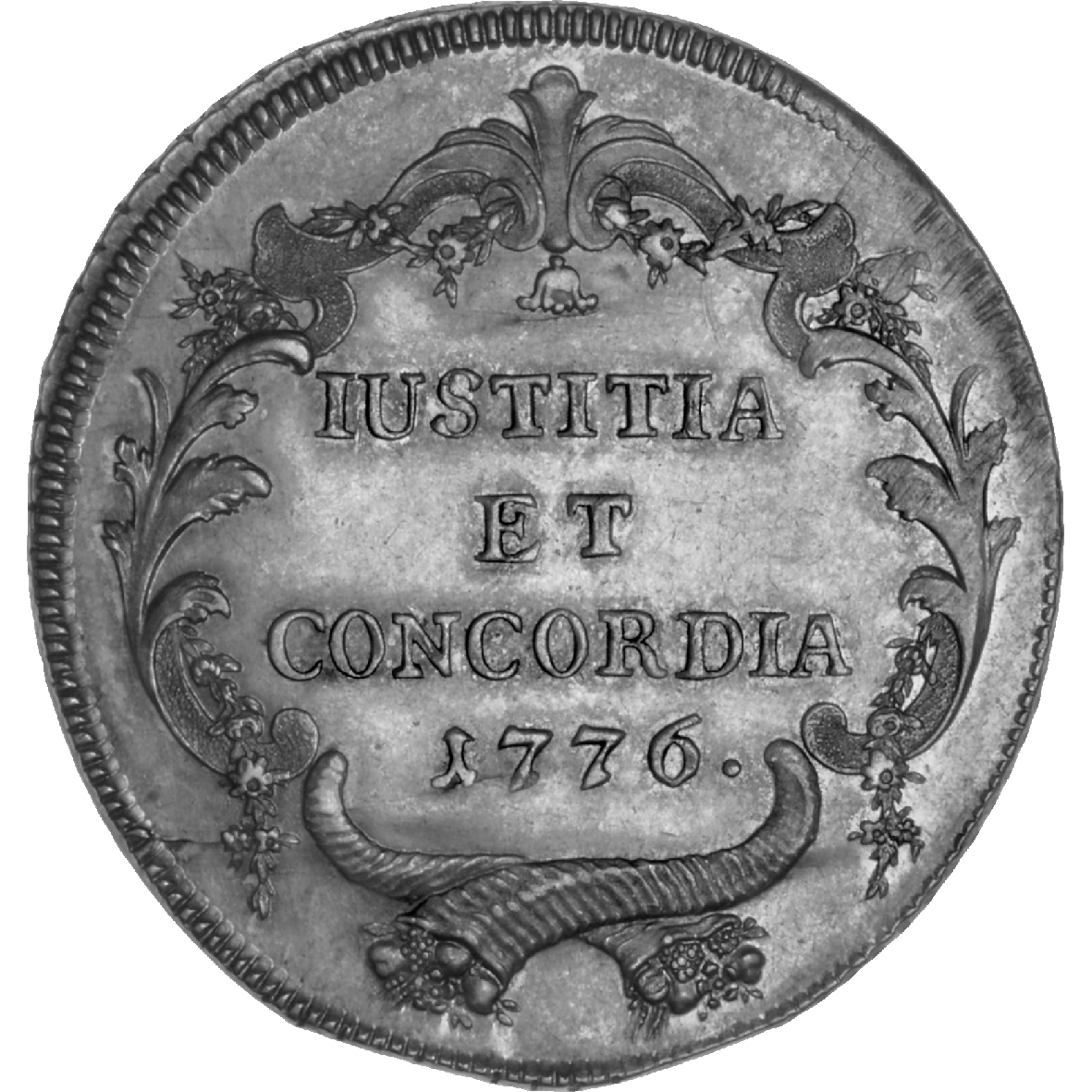 In the 18th century the republic of Zurich had some 150,000 inhabitants, of whom almost 10,000 lived within the city walls. Among them were about 200 upper class families. The men of these families not only dominated the city's guilds, which regarded trade and crafts as a privilege granted by God, but also held the power in the city council. The coinage of the city of Zurich lay entirely in the hands of these men.

As traders there Zurich men bestowed especial care on their city's coinage. Its mint masters were carefully trained and strictly controlled.

This taler dates from the year 1776. The obverse depicts the arms of Zurich in an oval with palm fronds. It is held by a lion with a sword. The text on the reverse reads IUSTITIA ET CONCORDIA, justice and concord.