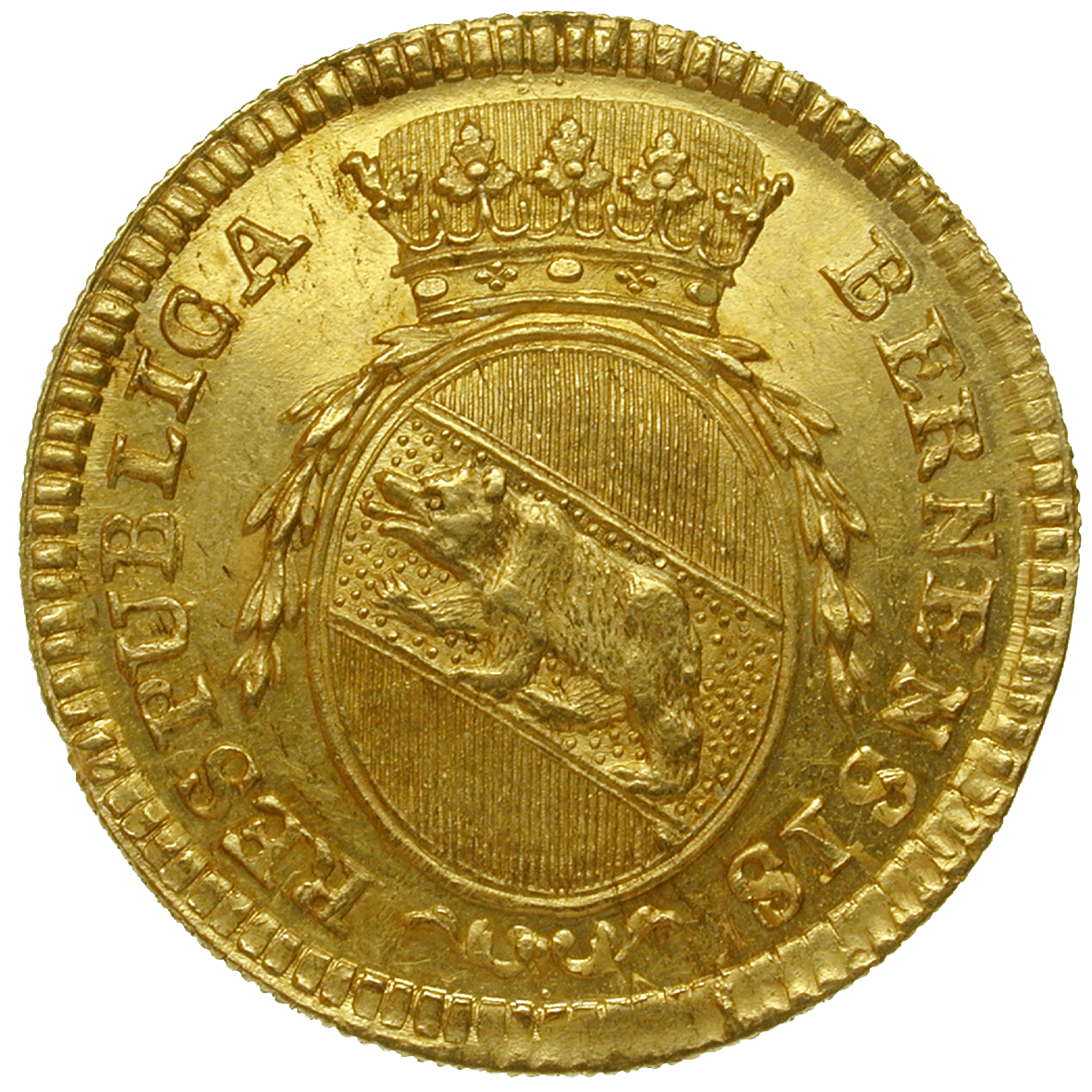 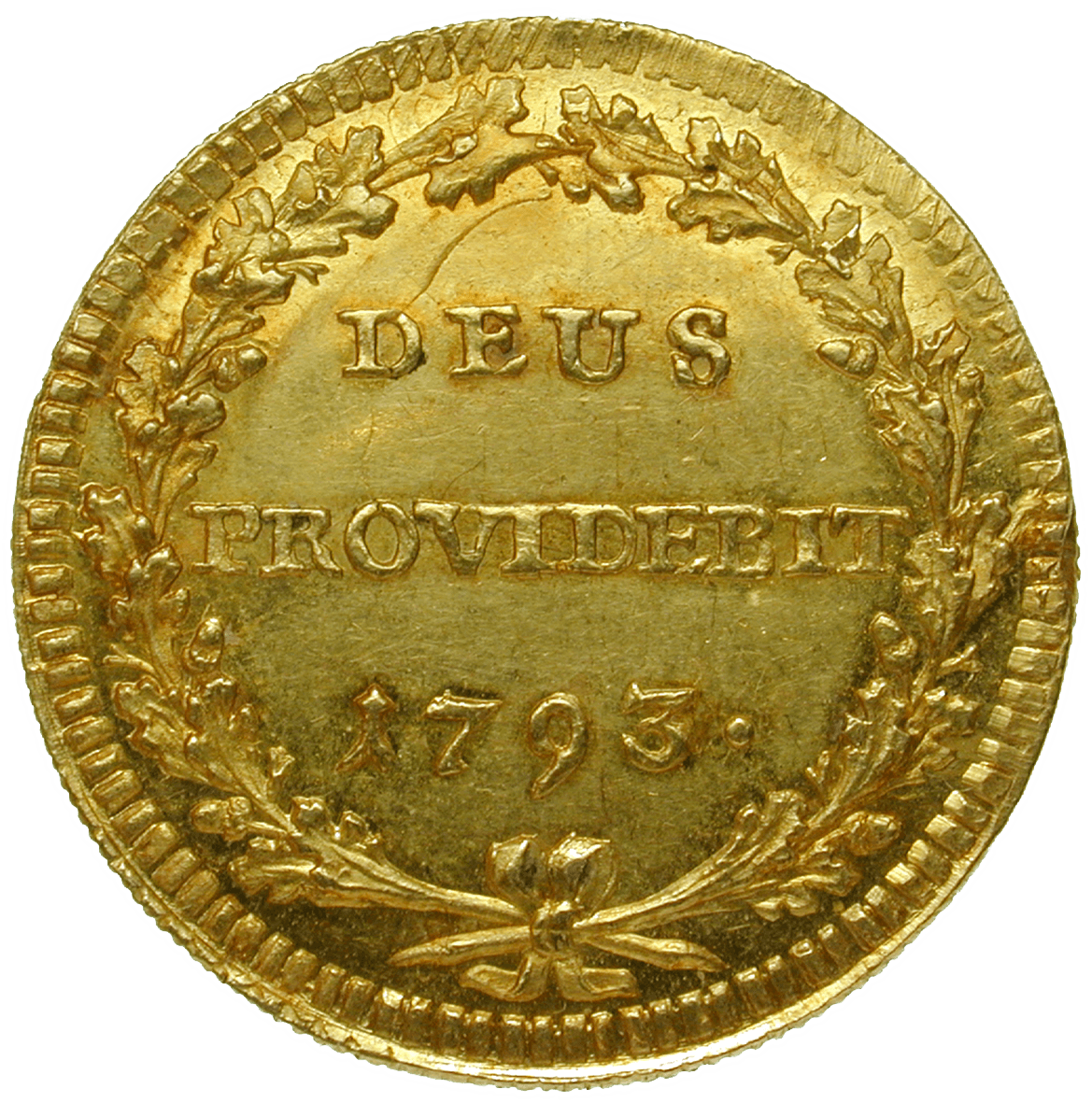 In 1787, the old mint of the city of Berne burned to the ground. A new mint was built on Gerberngasse, where from 1793 large amounts of gold coins were minted. The gold for those coins originated from the huge gold inventories that the city kept in its treasure halls. The hoard mainly consisted of French Louis d'ors, which Berne had earned through recruiting agreements with the French king – through agreements thus that allowed the king to employ Bernese mercenaries for his wars. From those coins, Berne minted several ten thousand duplones with great profit, because from every coin the city made 5 batzen.