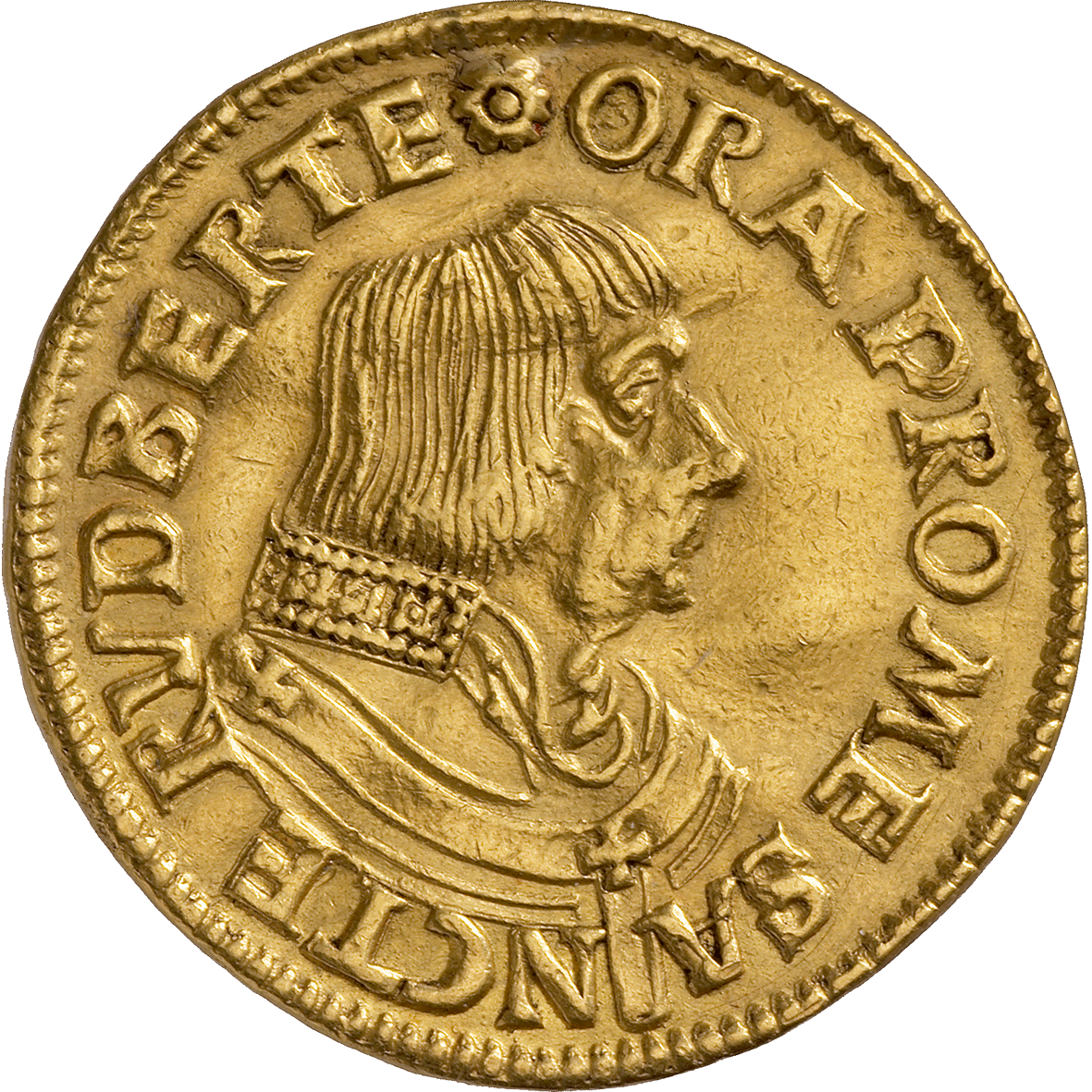 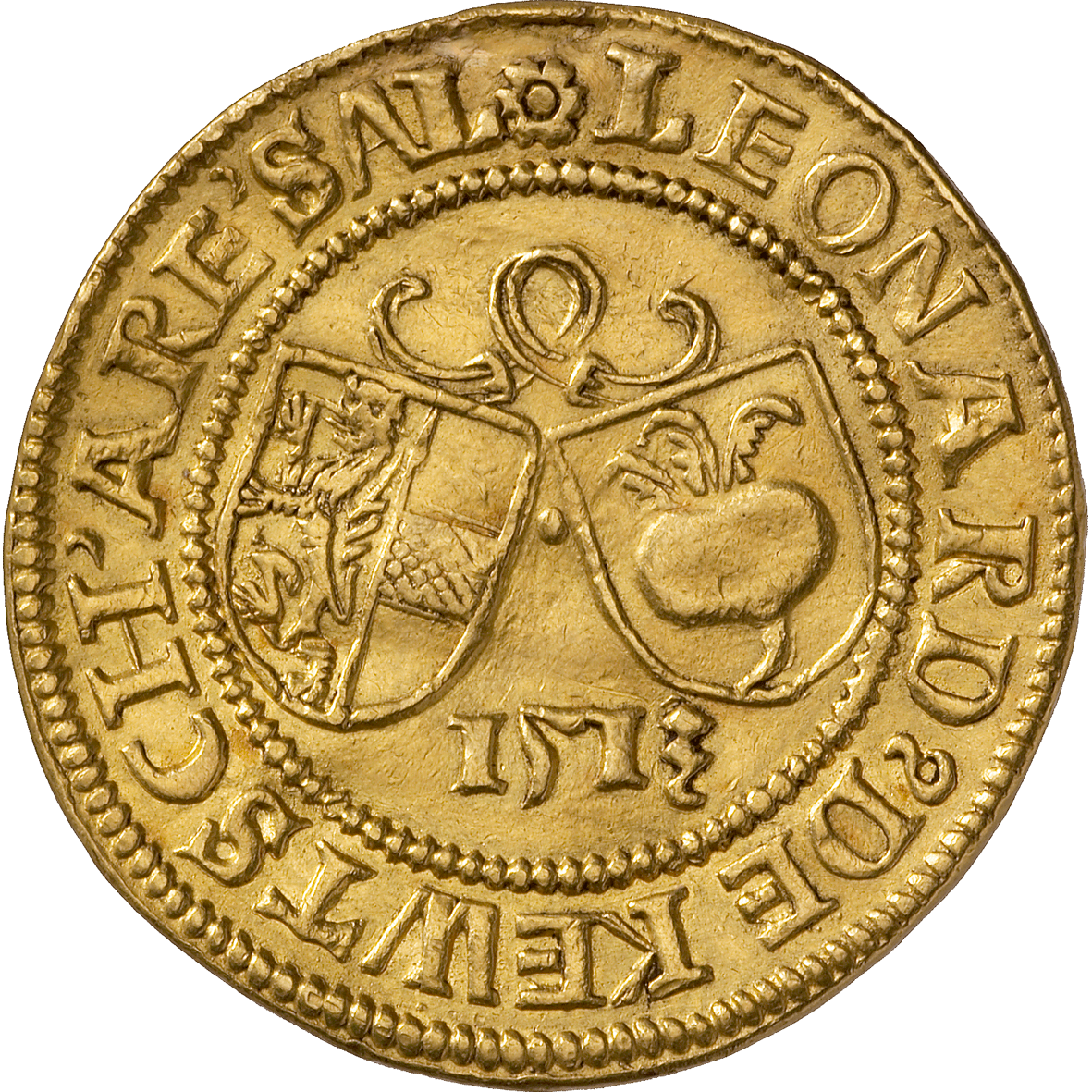 A pious ecclesiastical prince and financial genius at the same time: The portrait on this ducat shows Leonard of Keutschach, the archbishop of Salzburg (1495-1513). He had himself depicted in the attitude of an Italian Renaissance prince, save for that he is shown in his chasuble. Leonard of Keutschach introduced modern coinage in Salzburg by establishing a bimetallic monetary system of gold and silver. Hence, along with the large silver coins of Salzburg, he also had gold coins struck.