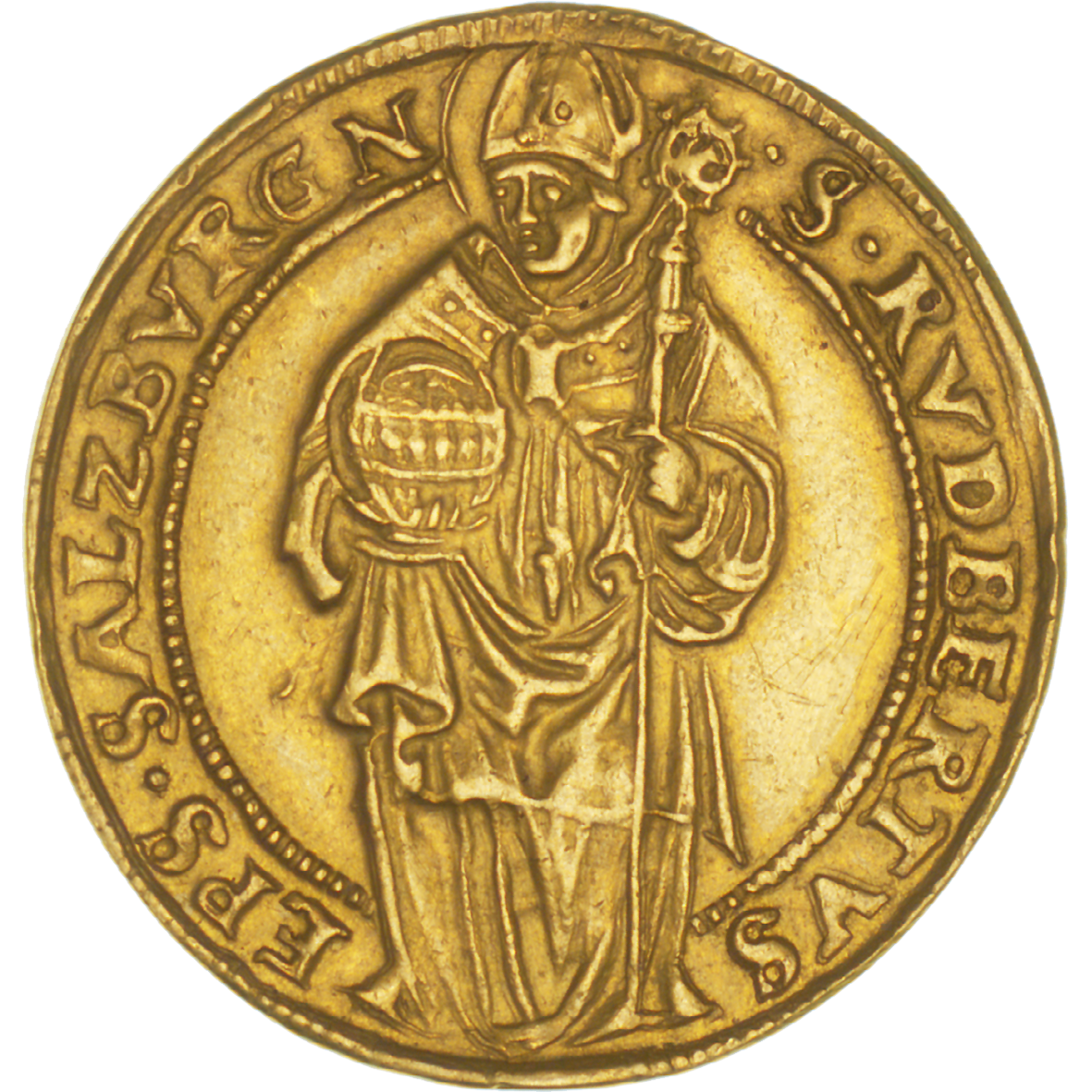 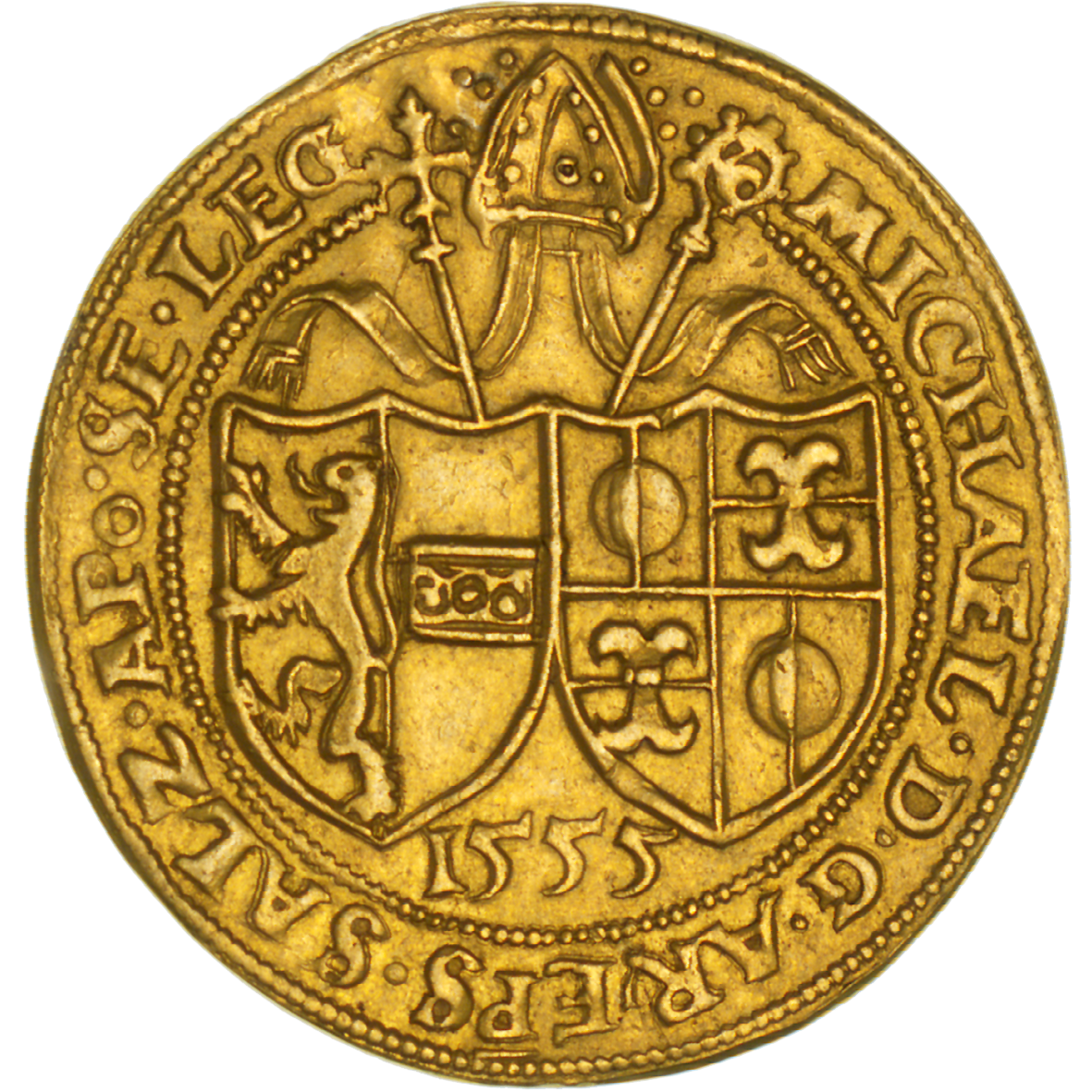 The archbishopric of Salzburg dates back to the Franconian nobleman Rupert of Worms, who around 700 founded several cloisters at the foot of the Mönchberg. The town that gew around these cloisters was called Salzburg for the first time in 816. Its founder Rupert became one of the particularly revered saints of the bishopric. The obverse of this ducate depicts him with a barrel of salt and a crosier. Salt was Salzburg's greatest wealth. Rupert and his successors supplied it to nearby Bavaria. When trade with the "White Gold" intensified in the 11th century, Salzburg became a prosperous and flourishing town.