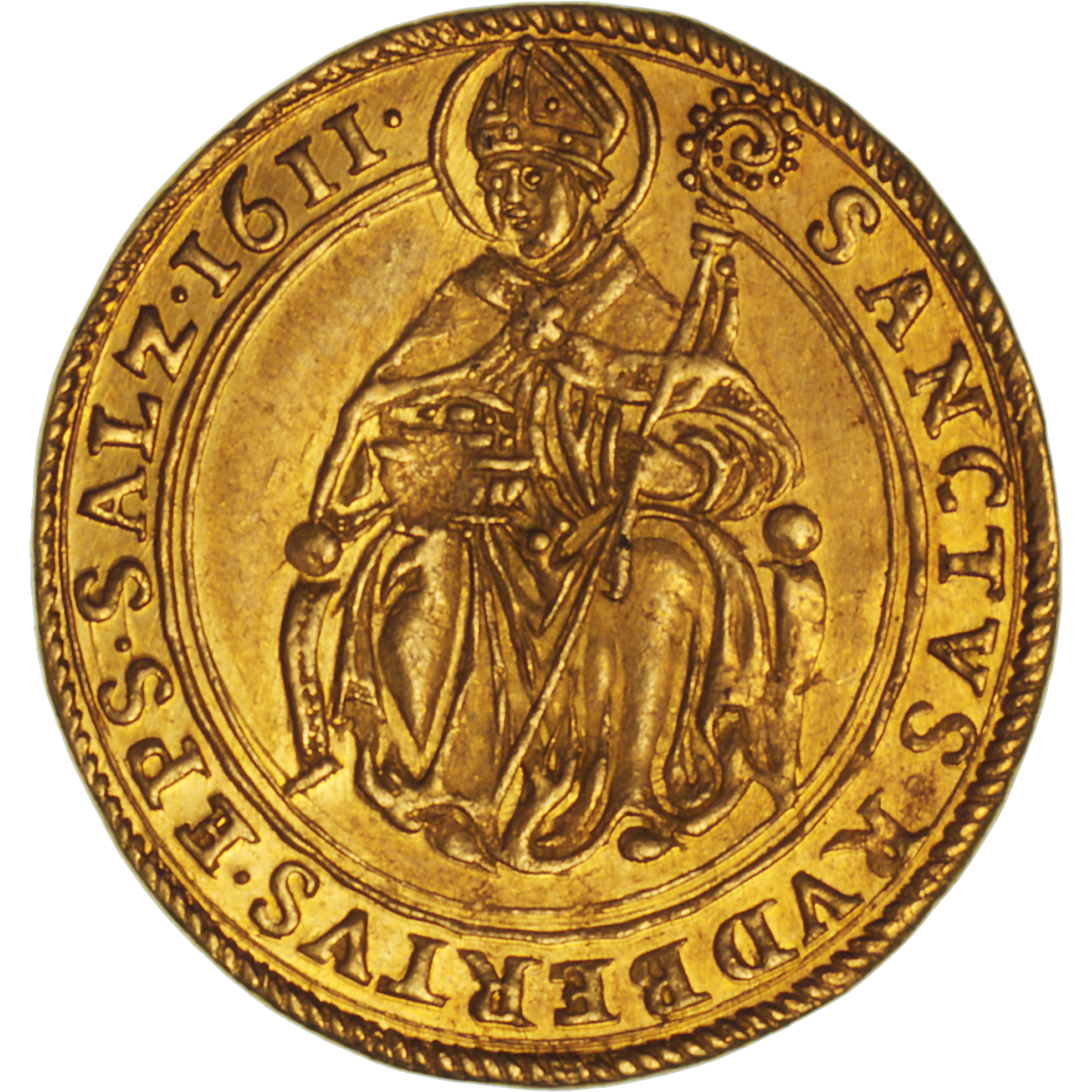 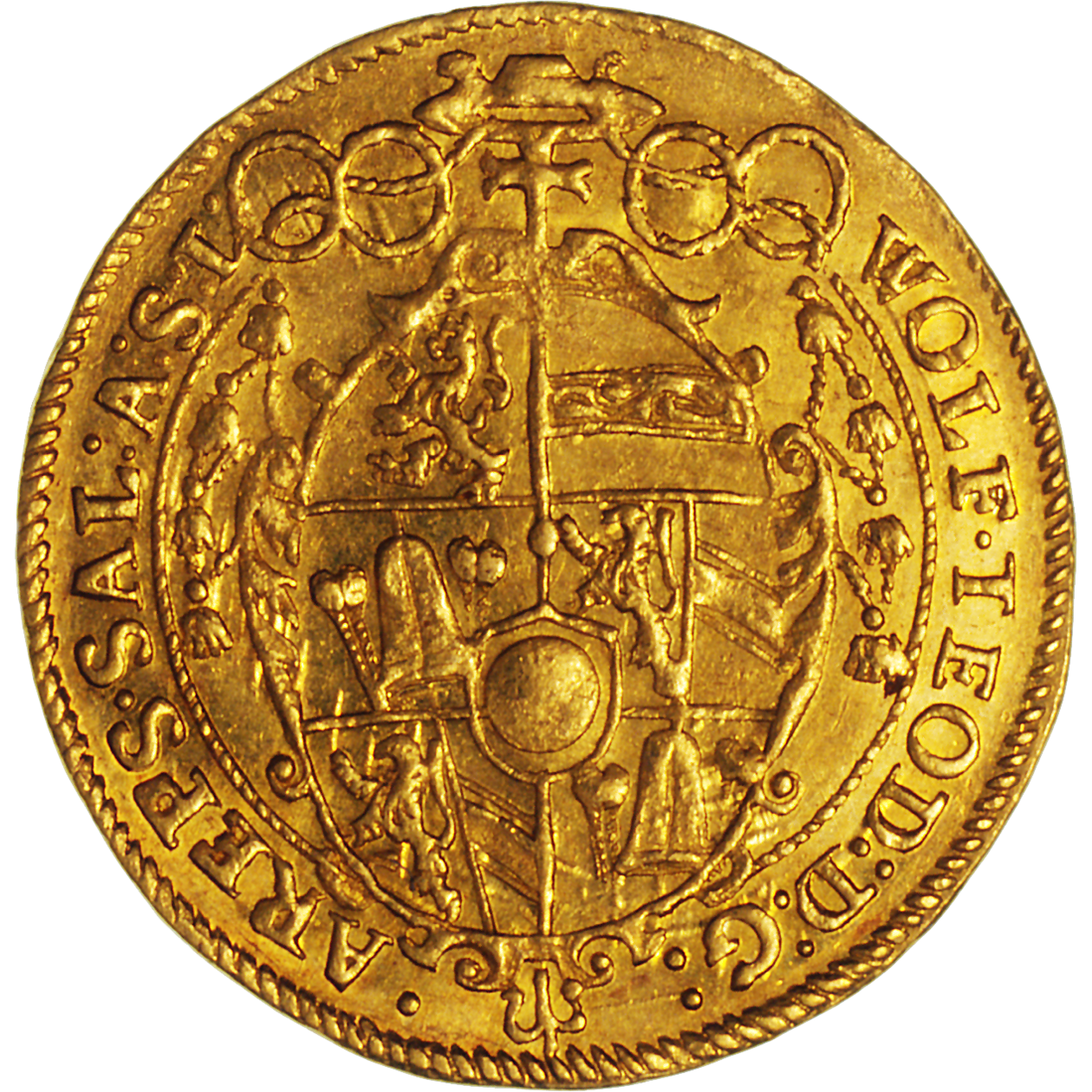 This double ducat was minted by Archbishop Wolf Dietrich of Raitenau (1587-1612), who maintained a bitter conflict against Elector Maximilian of Bavaria over years. The cause of the disagreement was salt, Salzburg's most important export product. Most of the Salzburg salt had to be exported through Bavarian territory. Bavaria earned well from the tolls it raised on this transports, yet price increases led to constant arguments between the two neighbors. Finally the quarrel led to a proper economic war. In October 1611, Salzburg troops seized the Bavarian town of Berchtesgaden, whereupon the Bavarian army advanced to Salzburg. The Archbishop took flight, but was soon captured. He was taken prisoner in the Hohensalzburg fortification, where he died some years later.