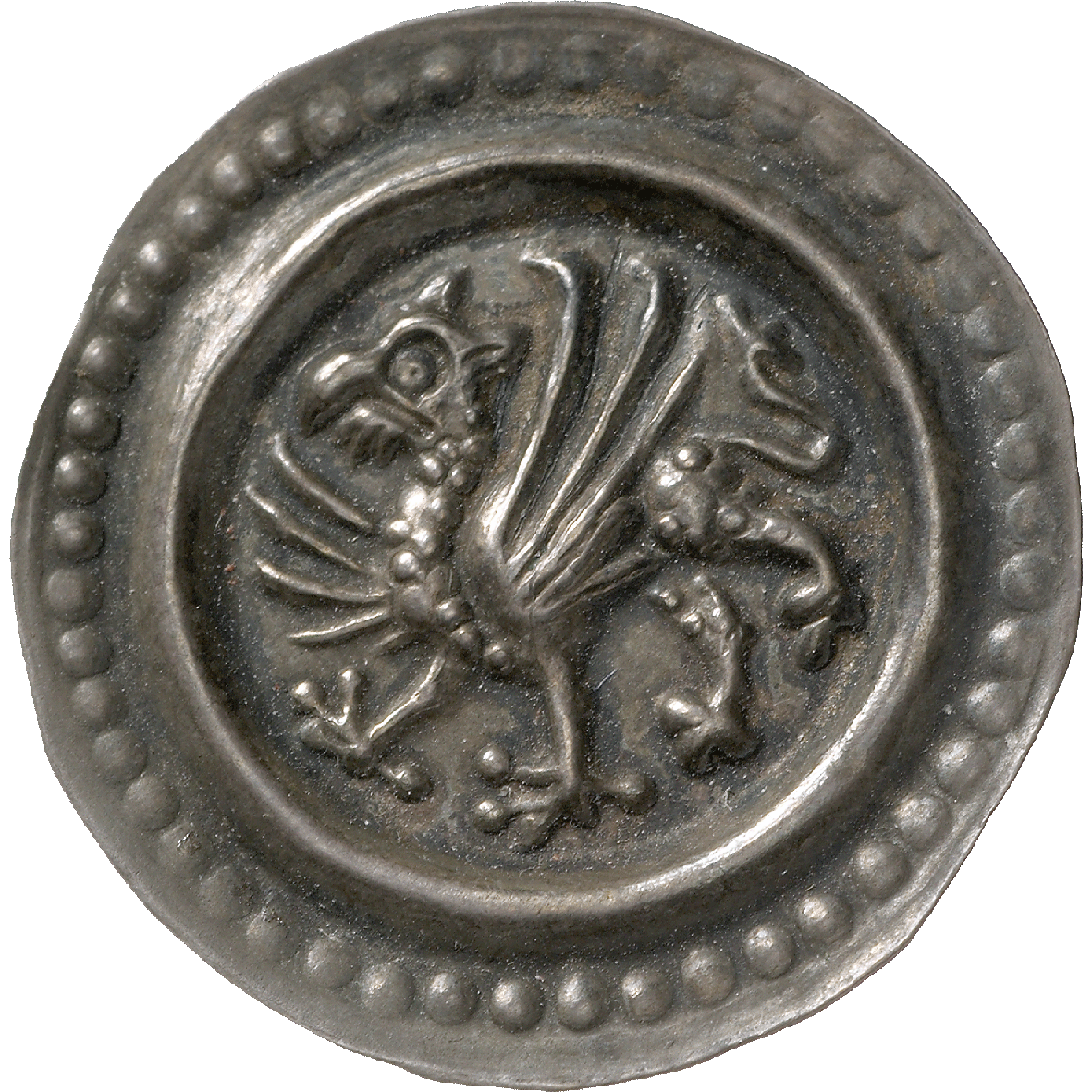 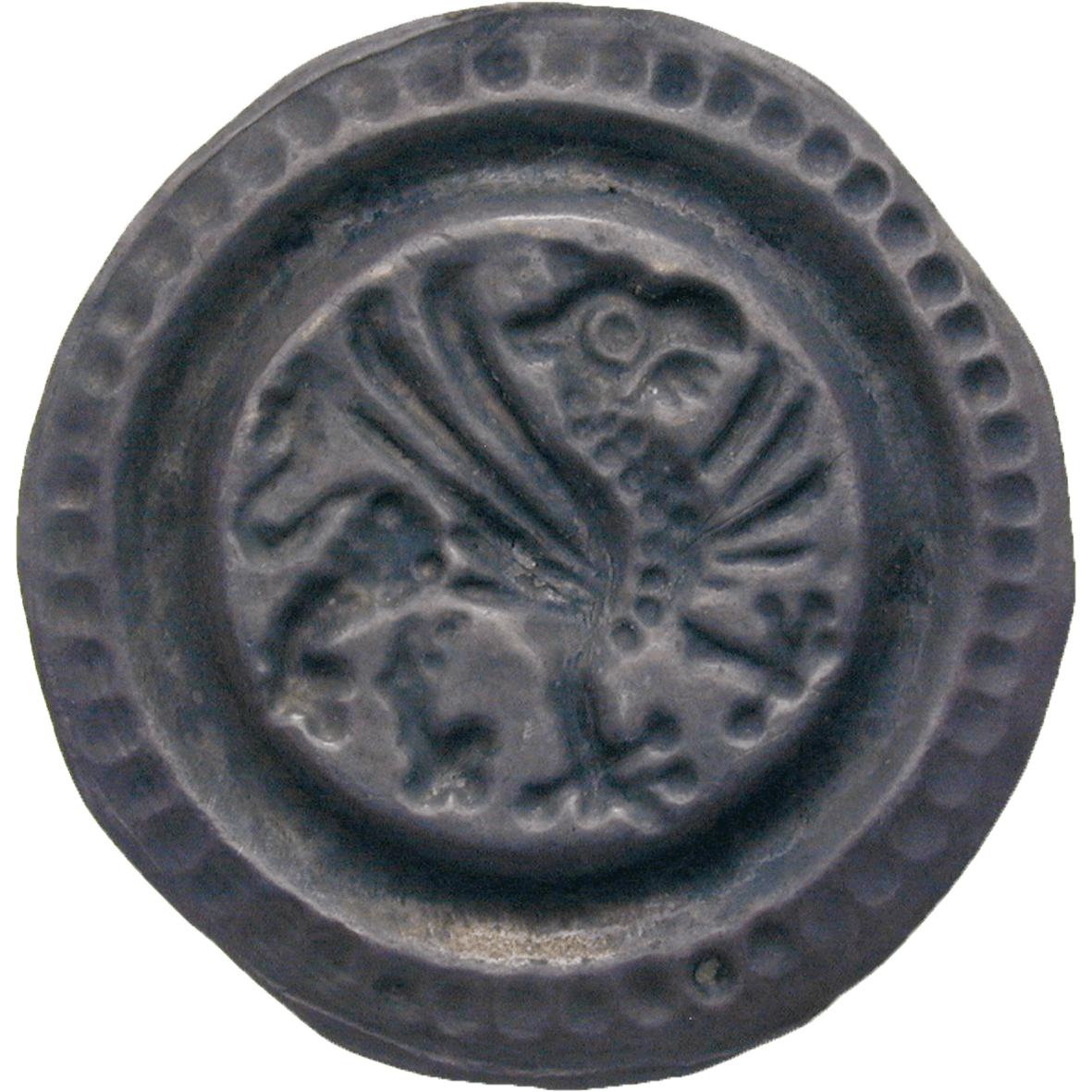 Bracteates were a reaction on the practice of revoking coins: In many towns, the local coins were annually withdrawn from circulation. At a certain date, people had to bring their money to be exchanged; mostly, four old coins had to be given for three new ones. Bracteates were cheap to produce, since they were only minted on one side. To make the different coin series easily distinguishable, many different types were issued. The high artistic quality of many bracteates was in stark contrast to their function as short-lived local money. Überlingen struck its pfennigs after the model of the denarii Constantienses. This type shows as typical edge decoration a ring collar with a ring of fine pearls around, and thus probably dates from the second half of the 13th century.