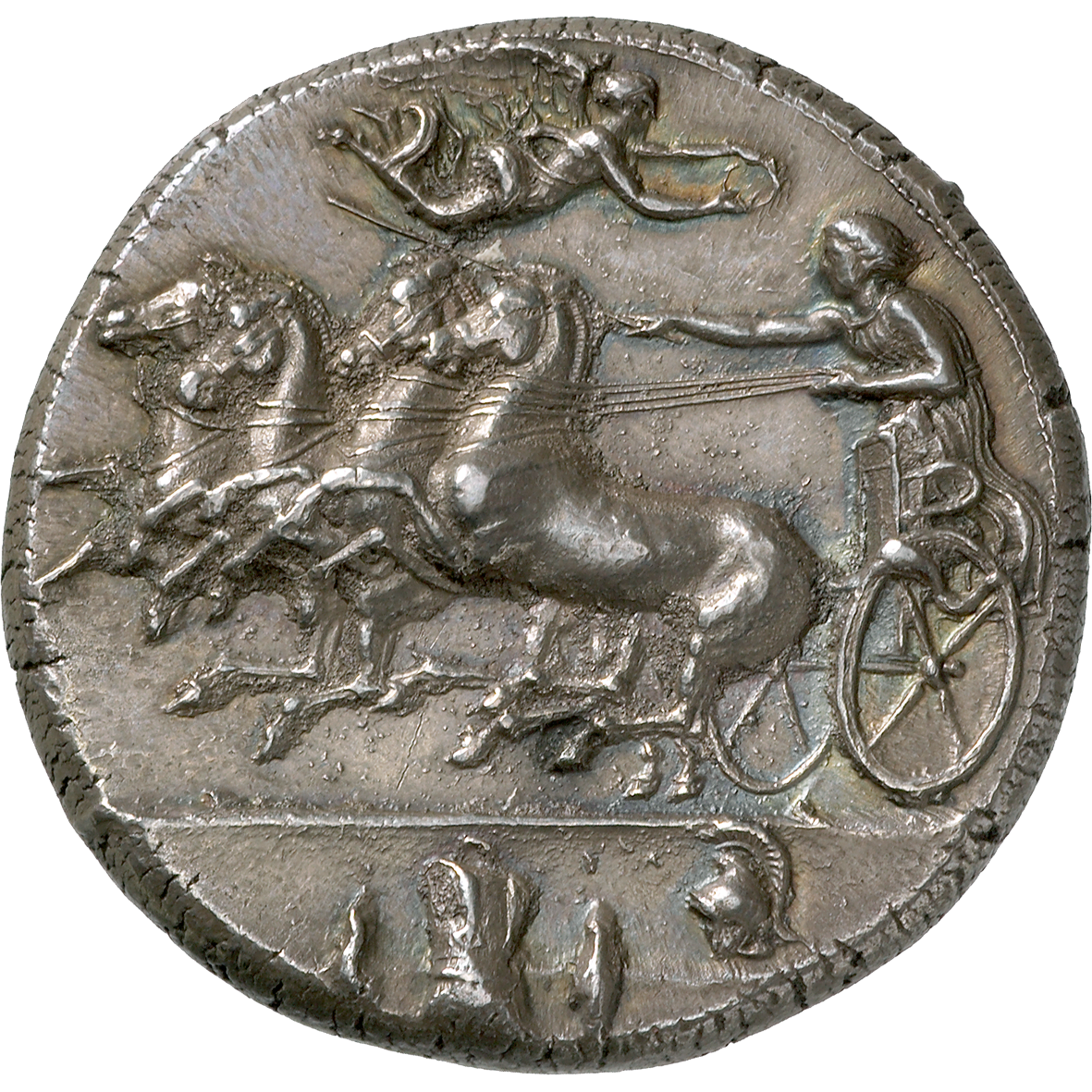 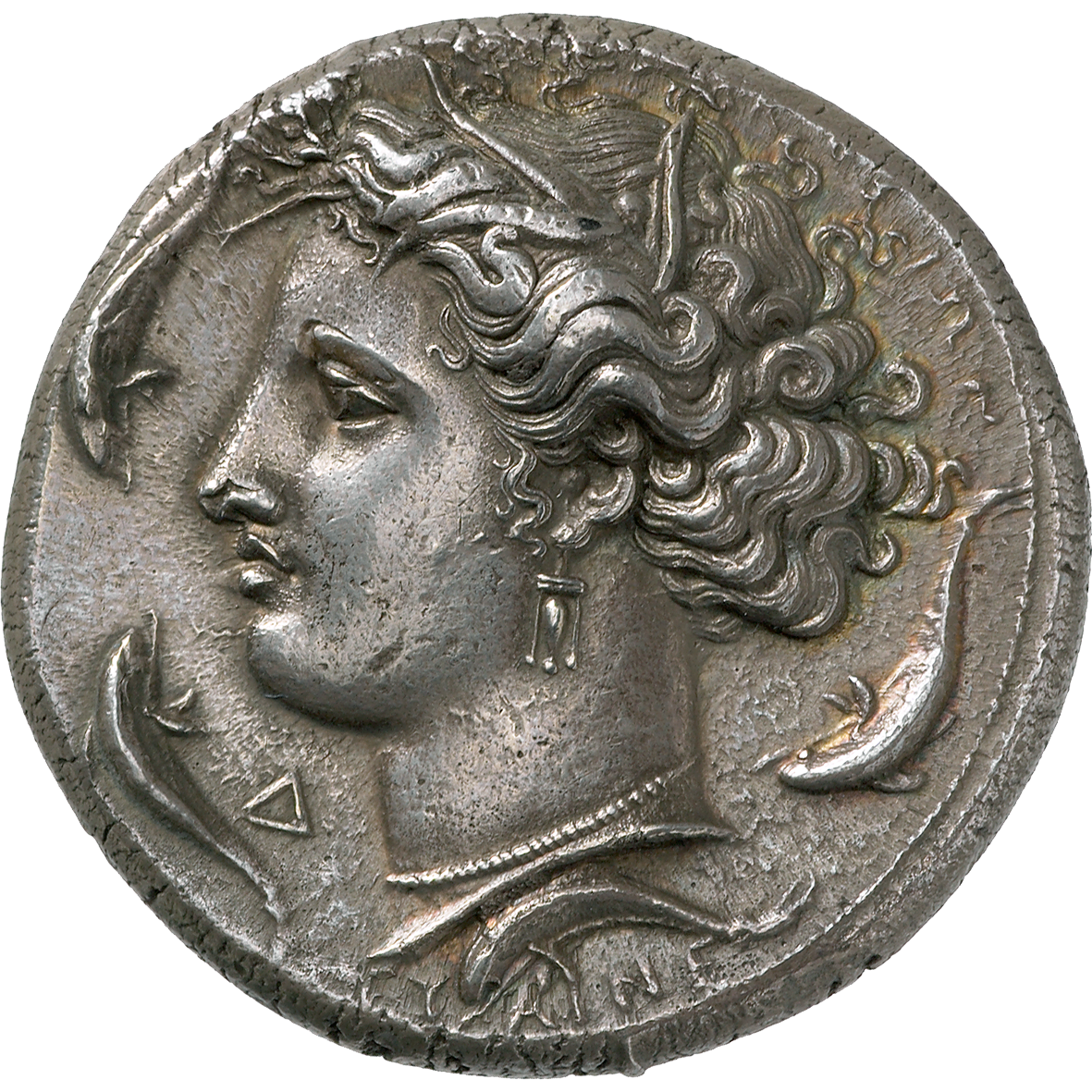 This decadrachm was minted in Syracuse, the wealthiest and most powerful city of ancient Sicily. Only a few cities were economically able to mint such valuable coins at that time.

Naturally, only the best artists were engaged for these valuable issues. Our decadrachm was created by Euainetos – his signature EYAINE can be found on the bottom of the reverse beneath the dolphin. Euainetos changed the illustrations on Syracusian coins dramatically by beginning to depict the race chariot on the obverse in full speed. The horses rear up, their hooves do not longer touch the ground – they literally seem to be flying over the racetrack.