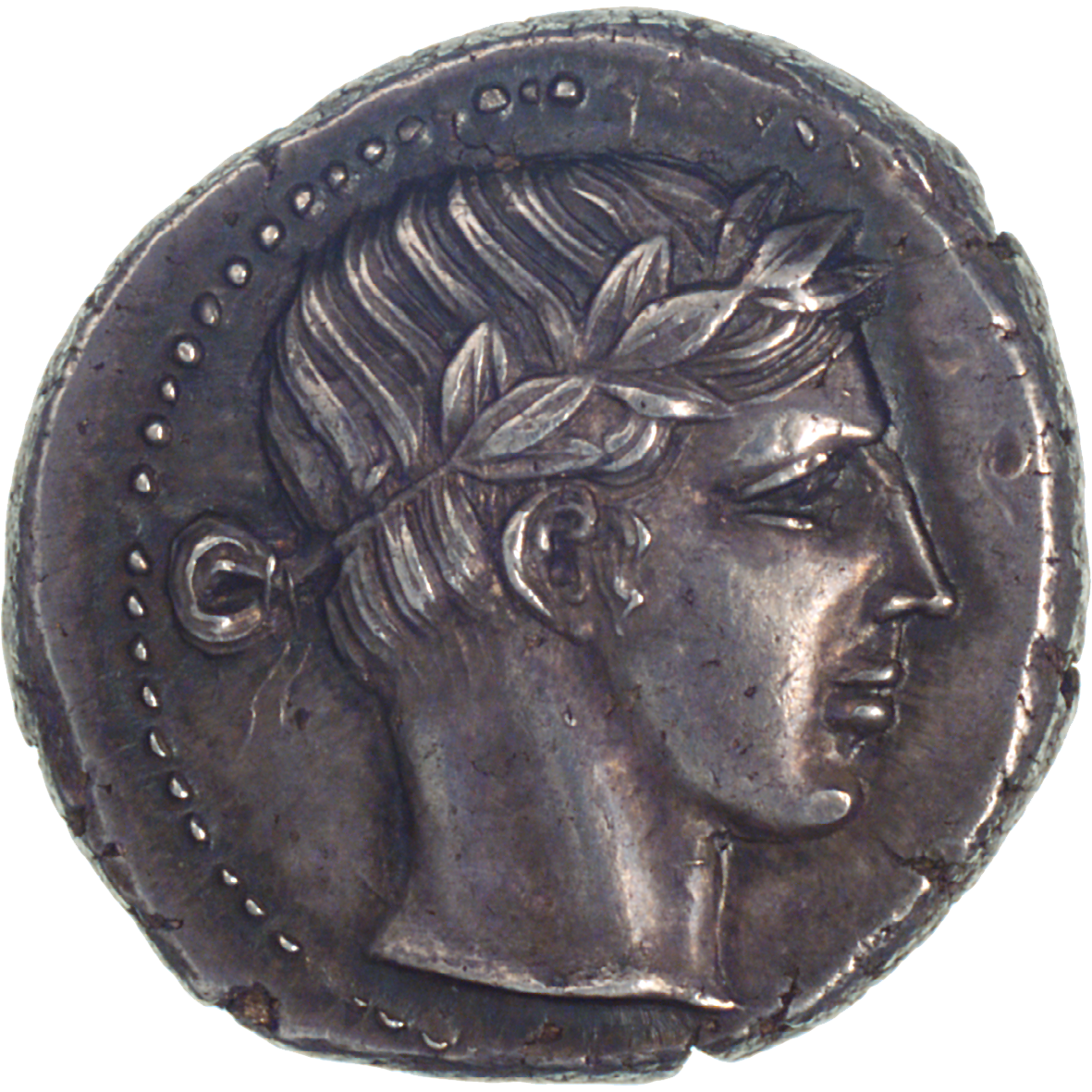 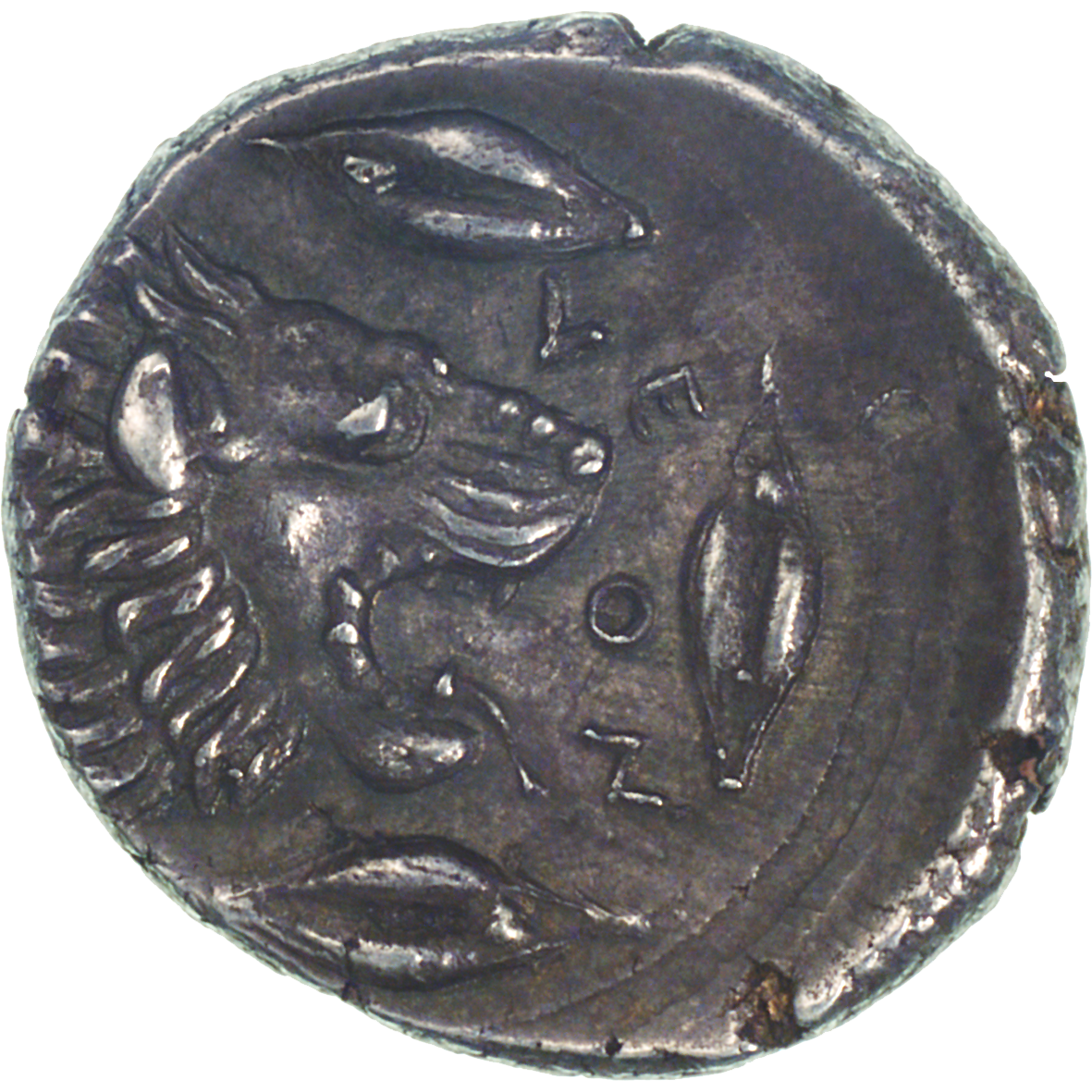 The city of Leontinoi in Sicily was founded in the 8th century BC by settlers from nearby Naxos. It was one of the very few Greek settlements not located directly on the coast, but lay some 6 miles inland. Legend had it that Apollo's oracle in Delphi had manifested the location for the new town. This is why the god was depicted on the obverse of this coin. The reverse shows the head of a lion, Apollo's sacred animal, and three ears of barley symbolizing the fruitfulness of the Leontinian land.