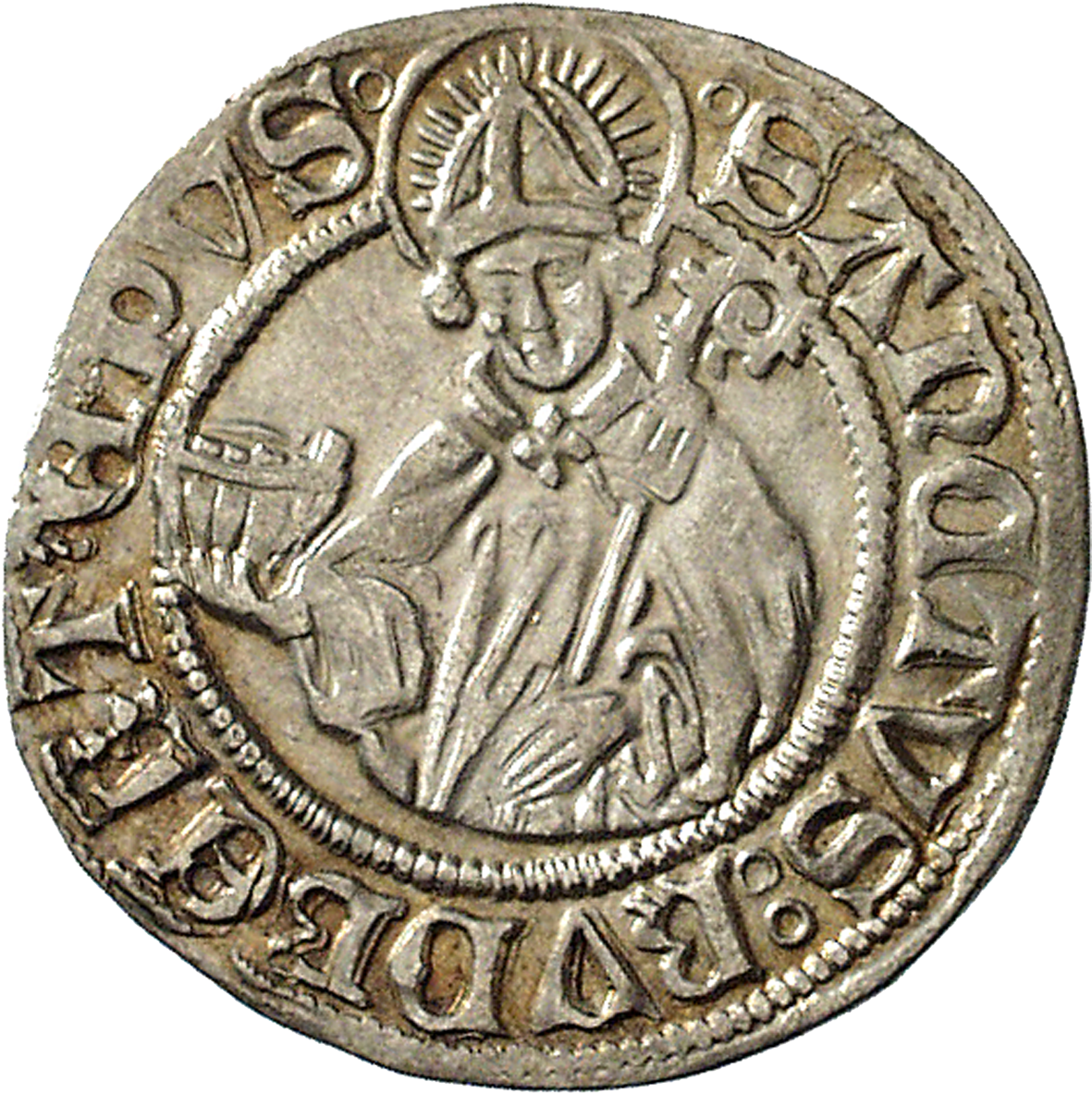 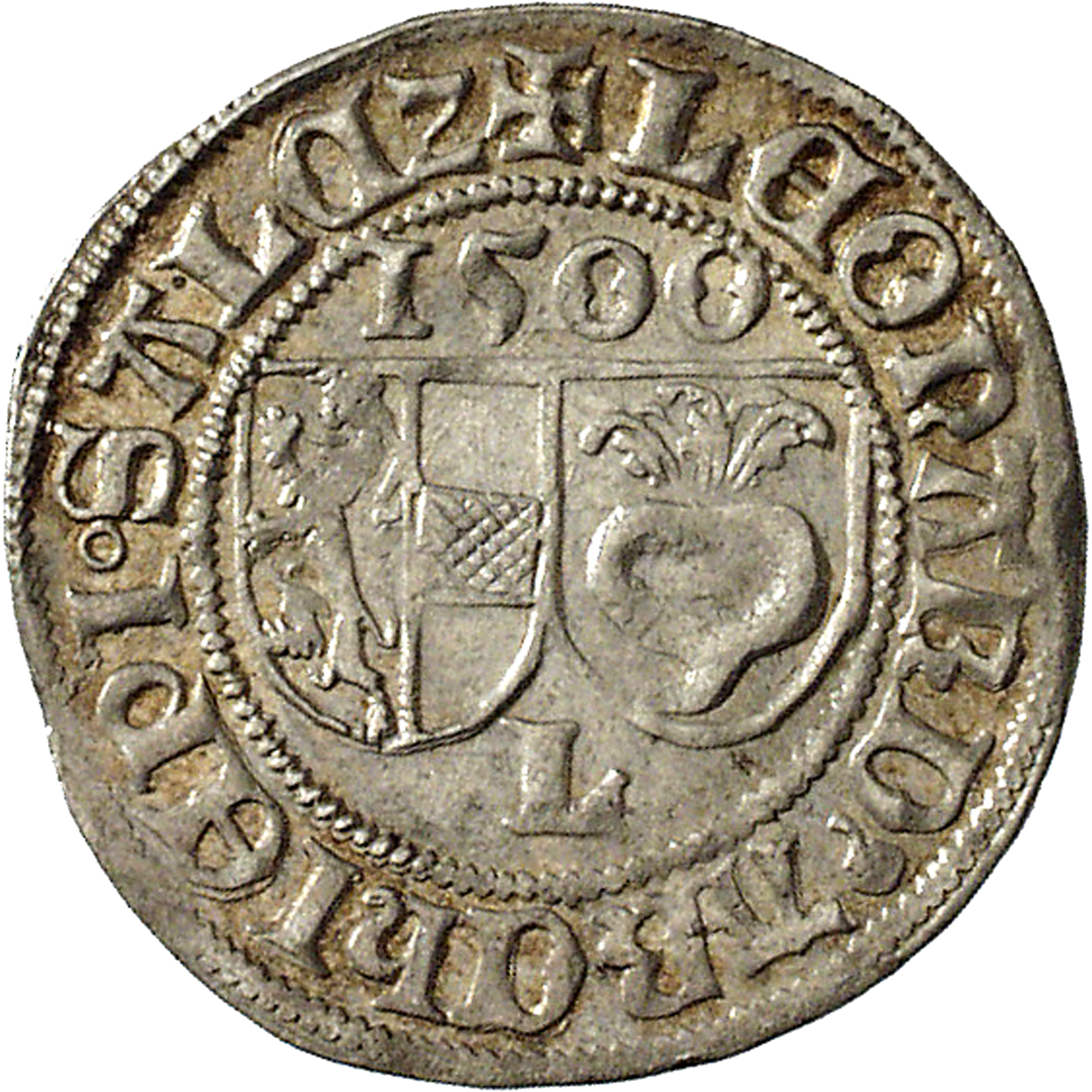 In 996, the Holy Roman Emperor Otto III bestowed the Archbishop of Salzburg with the right of coinage. In the region of Salzburg there was not much need for minted money at that time. In Eastern Europe, however, in Russia and the Baltic, coins were in great demand; there, the Salzburg coins were mostly used for slave trade. At that time, slaves were taken among the heathen Slavic population – the word "slave" apparently derives from "Slav." But the Christianization of the East and the resultant decrease in slave trading in this region represented a severe setback for the Salzburg coinage. Minting ceased for quite some time. Only about the beginning to modern times, under the reign of Archbishop Leonard of Keutschach (1495-1519), did the Salzburg mint start to operate once again. Leonard started minting around 1500; this batzen is one of his first issues.