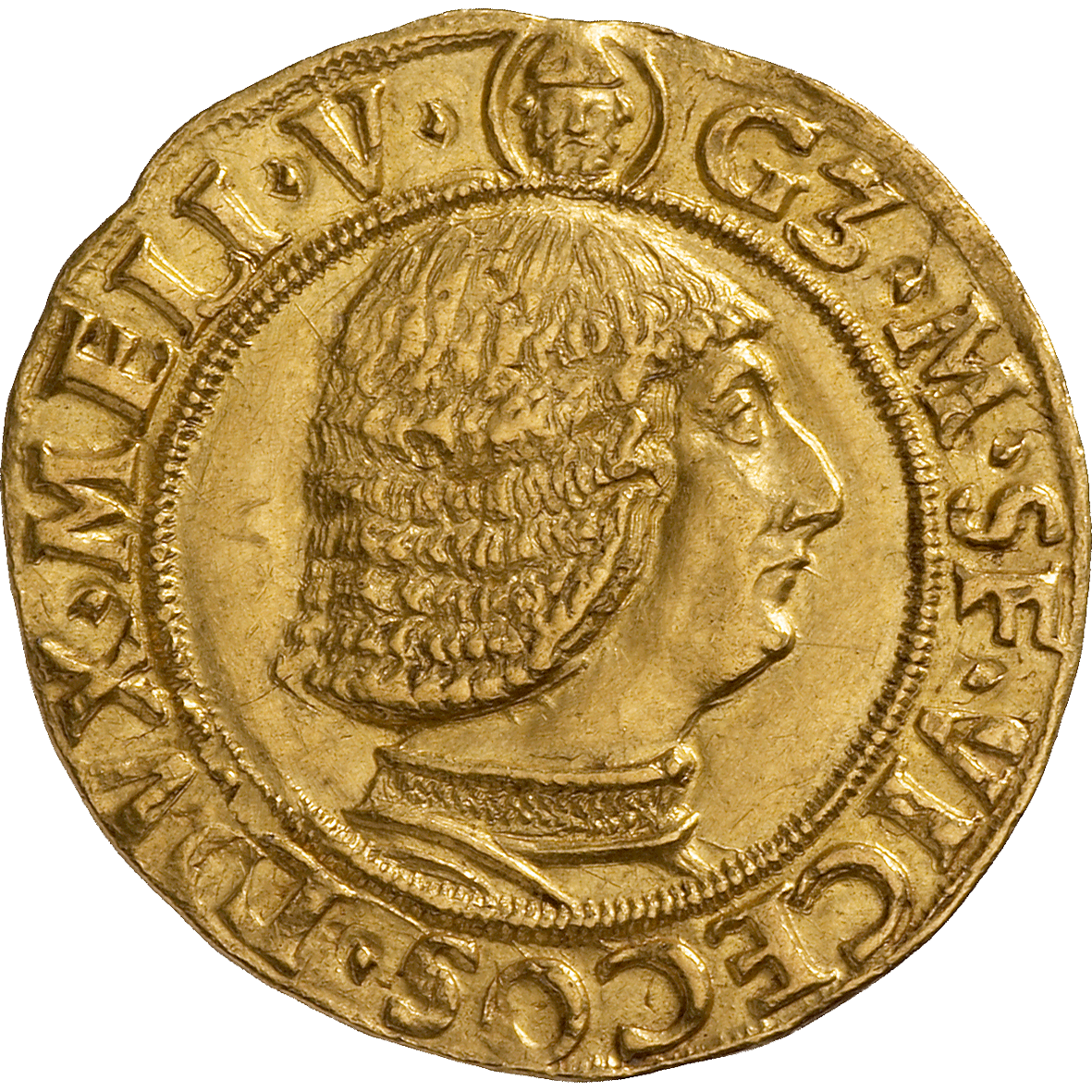 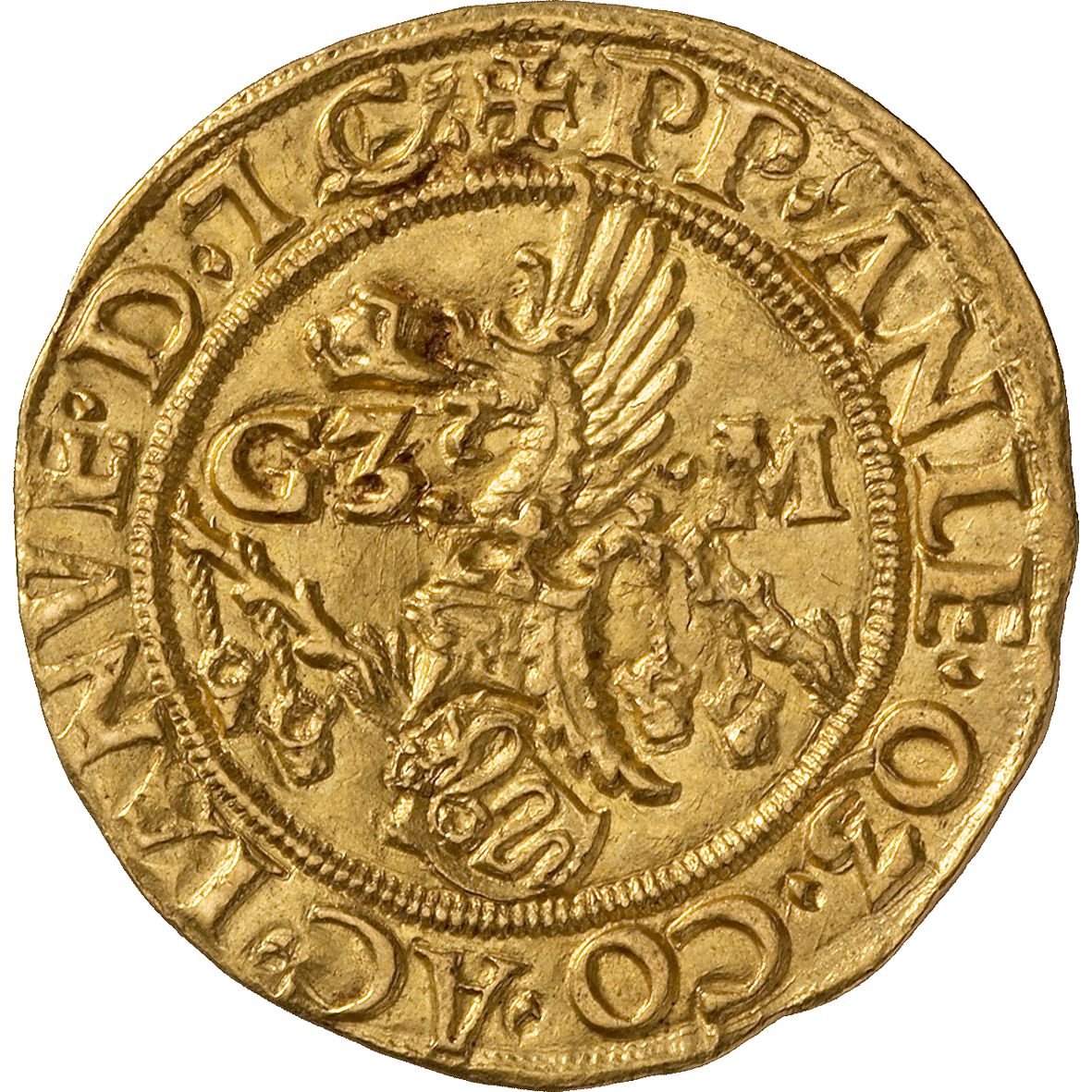 In 1450, Francesco Sforza ended the Republic of Milan in a surpise attack and took over power himself. The citizens of Milan rendered homage to their new ruler, and four years later, the other Italian potentates admitted his claim as Duke of Milan as well. When Francesco died in 1466, his son Galeazzo Maria Sforza assumed power without any opposition (until 1476). This ducat of Galeazzo Maria bears the picture of Saint Ambrosias on the obverse, the city patron of Milan. The reverse shows the emblem of the Visconti family that the Sforzas as their successors had taken over. It illustrated a serpent that, since the first crusade, was swallowing a Saracen. On the right and the left of it are the initials G Z M of the Duke Galeazzo Maria Sforza.