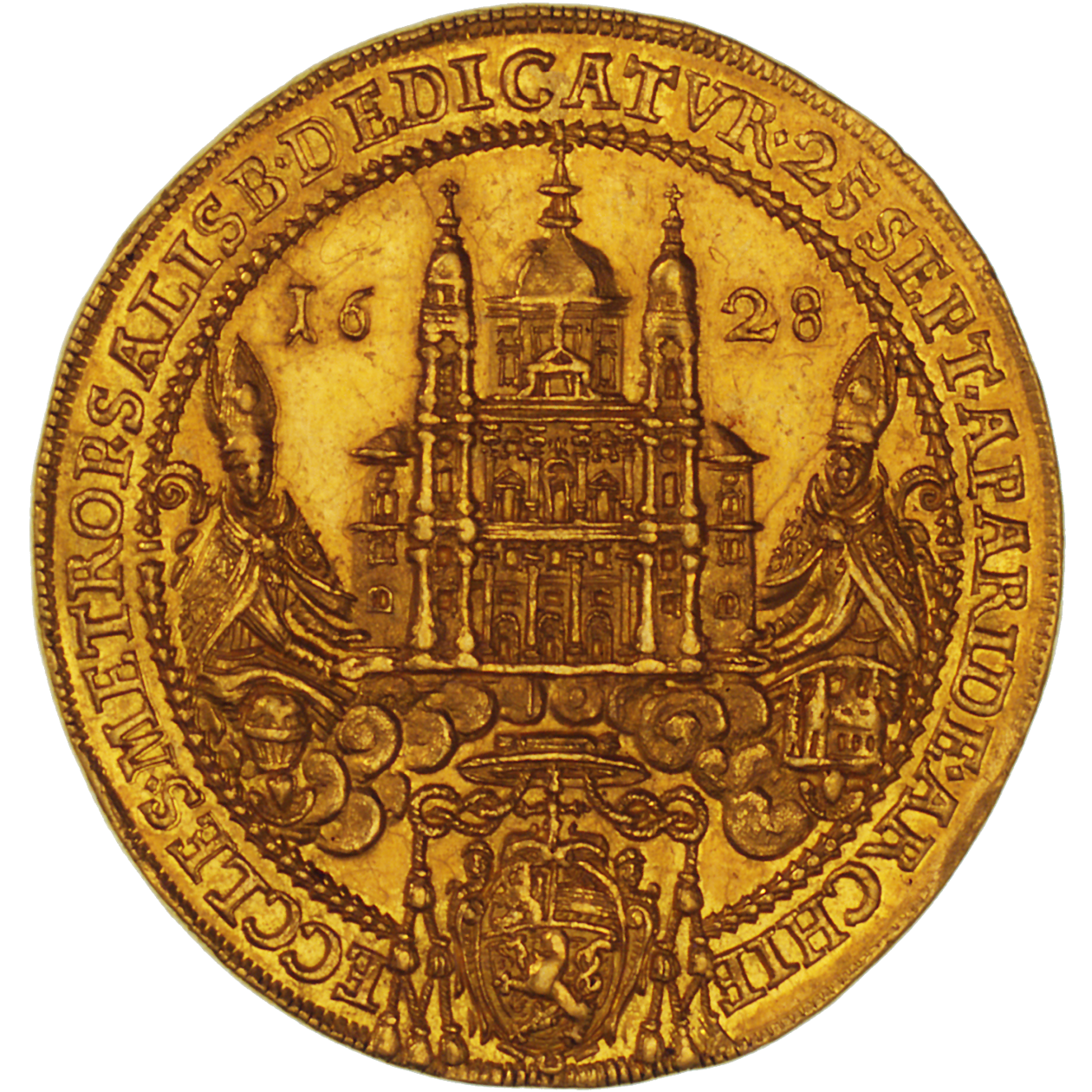 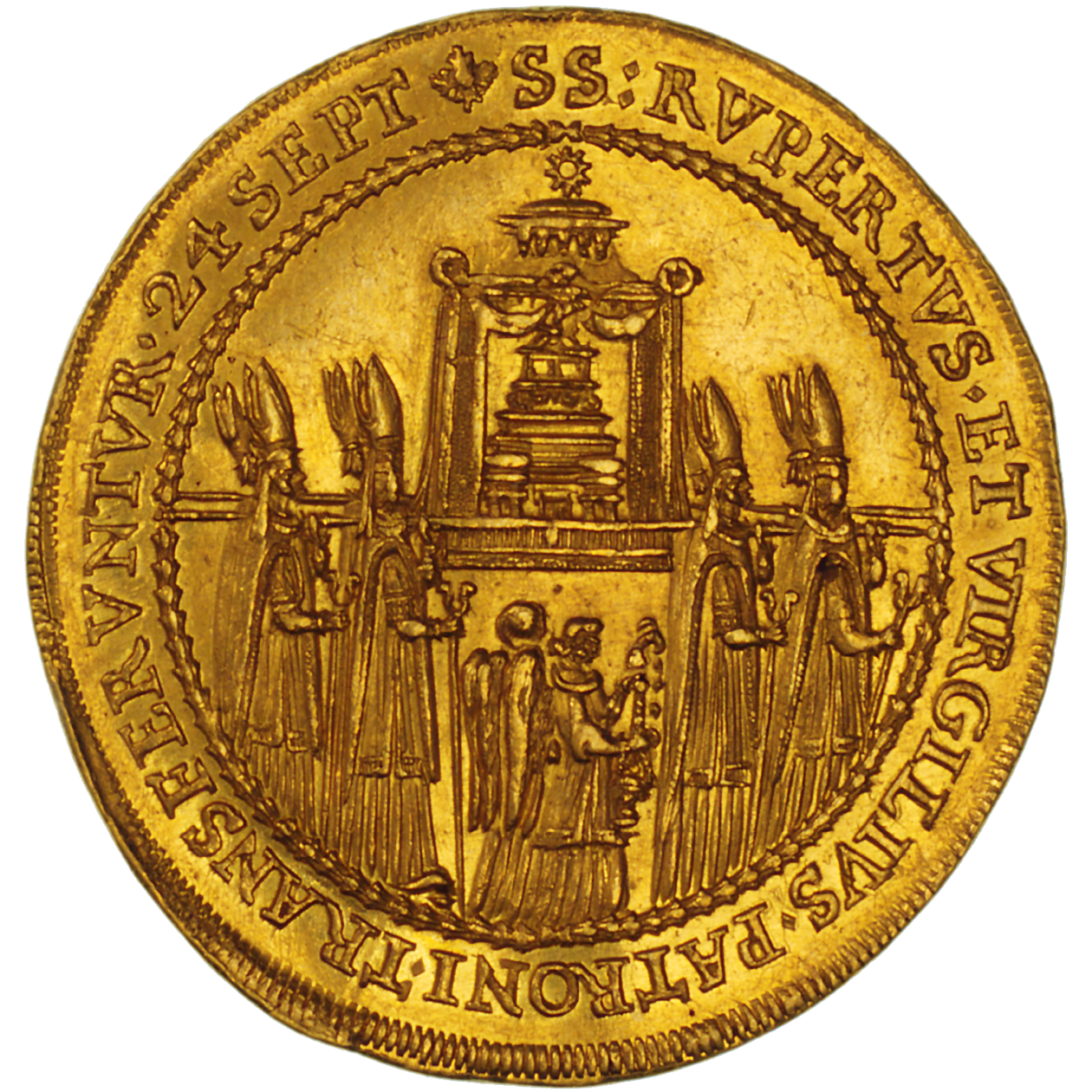 After the old cathedral of Salzburg had been entirely destroyed in a fire in 1598, a new house of worship was built. It was inaugurated in 1638, exactly 30 years after the fire. On this occasion, Archbishop Paris of Lodron (1619-1653) had so-called "cathedral consecration coins" minted. The obverse depicts the façade of the new cathedral held by saint Rupert, the founder of the city of Salzburg, and saint Virgil, who built the first Salzburg Cathedral. The inscription says "Cathedral of the Bishopric of Salzburg Consecrated by Archbishop Paris on 25 September." The reverse shows a sepulcher carried by eight bishops. Two angels are walking under the shrine, one bearing a vessel with incense. The legend here reads, "The Patron Saints Rupert and Virgil were transferred on 24 September."