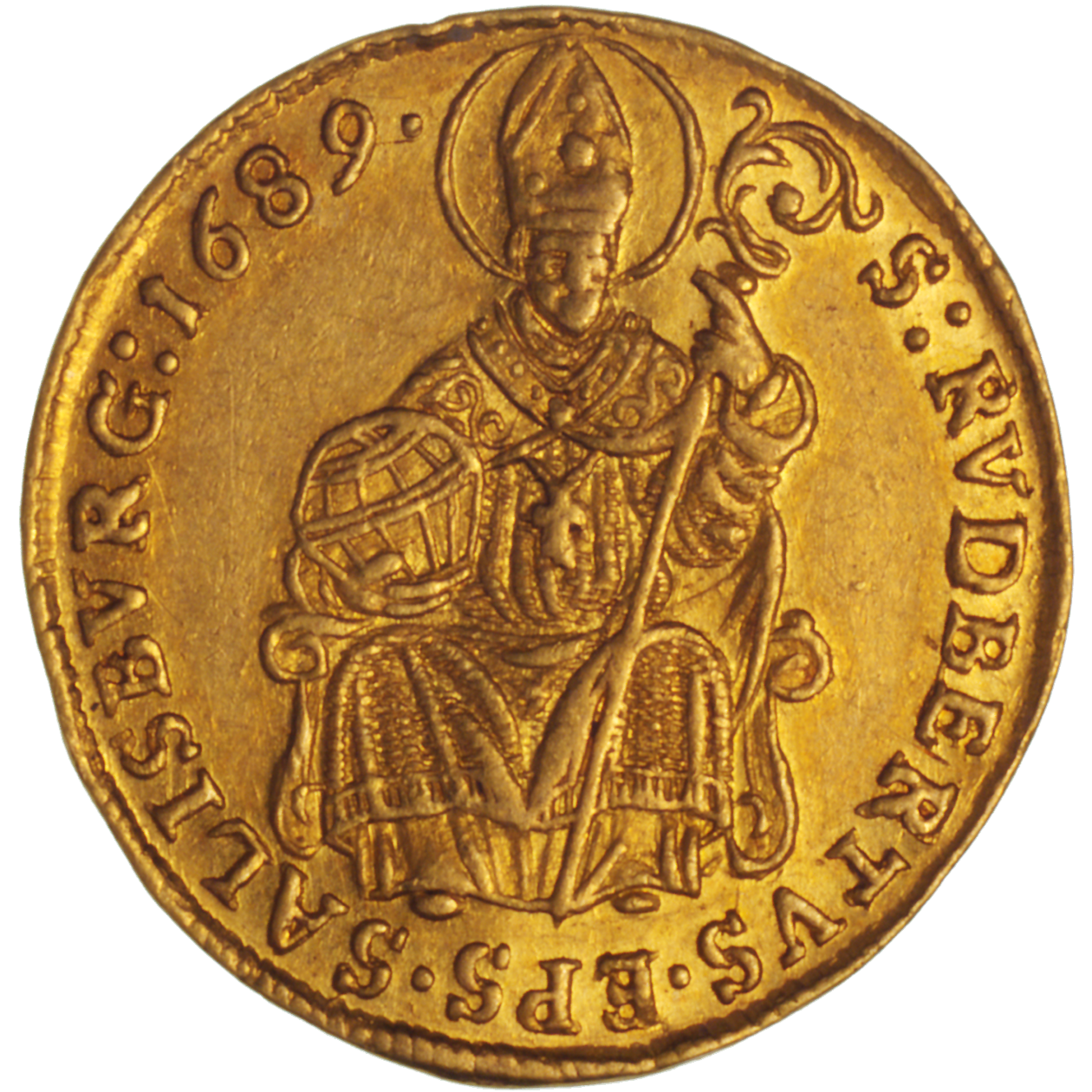 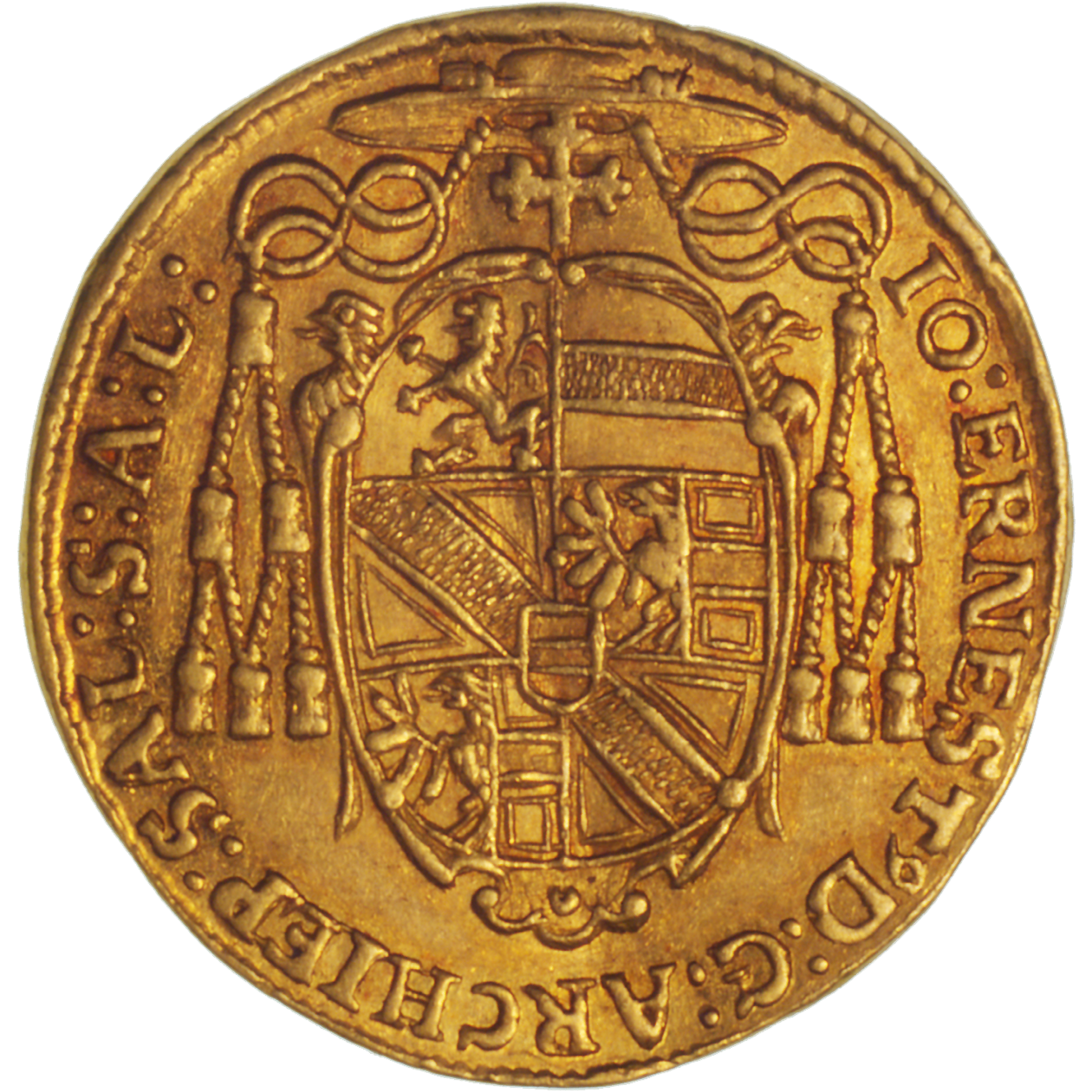 Over decades, the coins of Salzburg bore the same images. One side of the coin depicted the coat of arms of the archbishop in office, while the other side represented saint Rupert with a barrel of salt and a bishop's crosier. Rupert lived in the 7th century and supposedly originated from a Frankish high noble family. He was initially bishop of Worms, and distinguished himself as missionary of the Bavarians. Later, according to legend, Rupert founded the monastery of St. Peter in the ancient Roman town of Iuvavum, built a big church, initiated the reconstruction of the town and encouraged the mining of salt in the nearby Dürrnberg. He became the abbey of the monastery of St. Peter and the first bishop of the town that would henceforth be known as Salzburg.