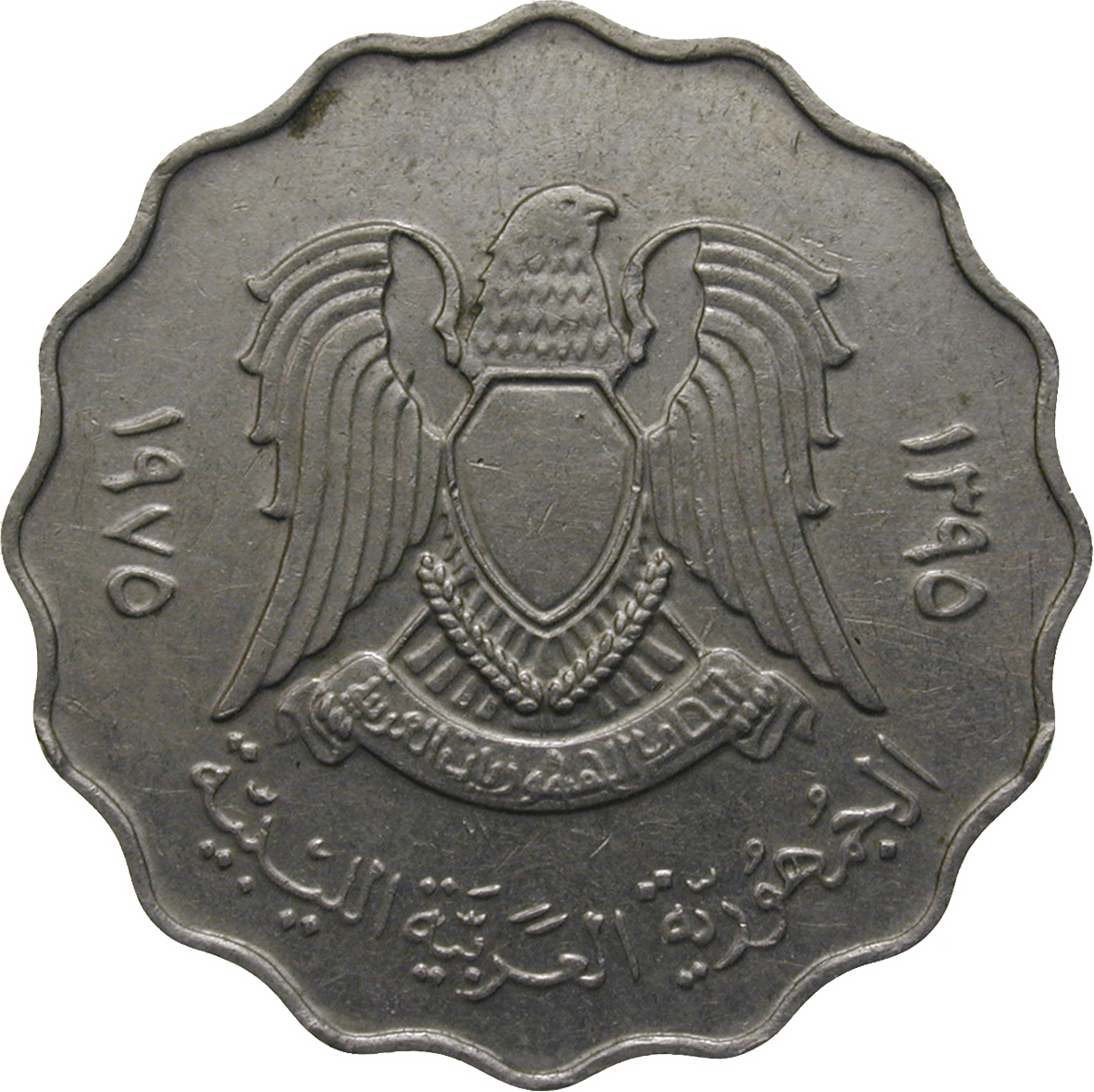 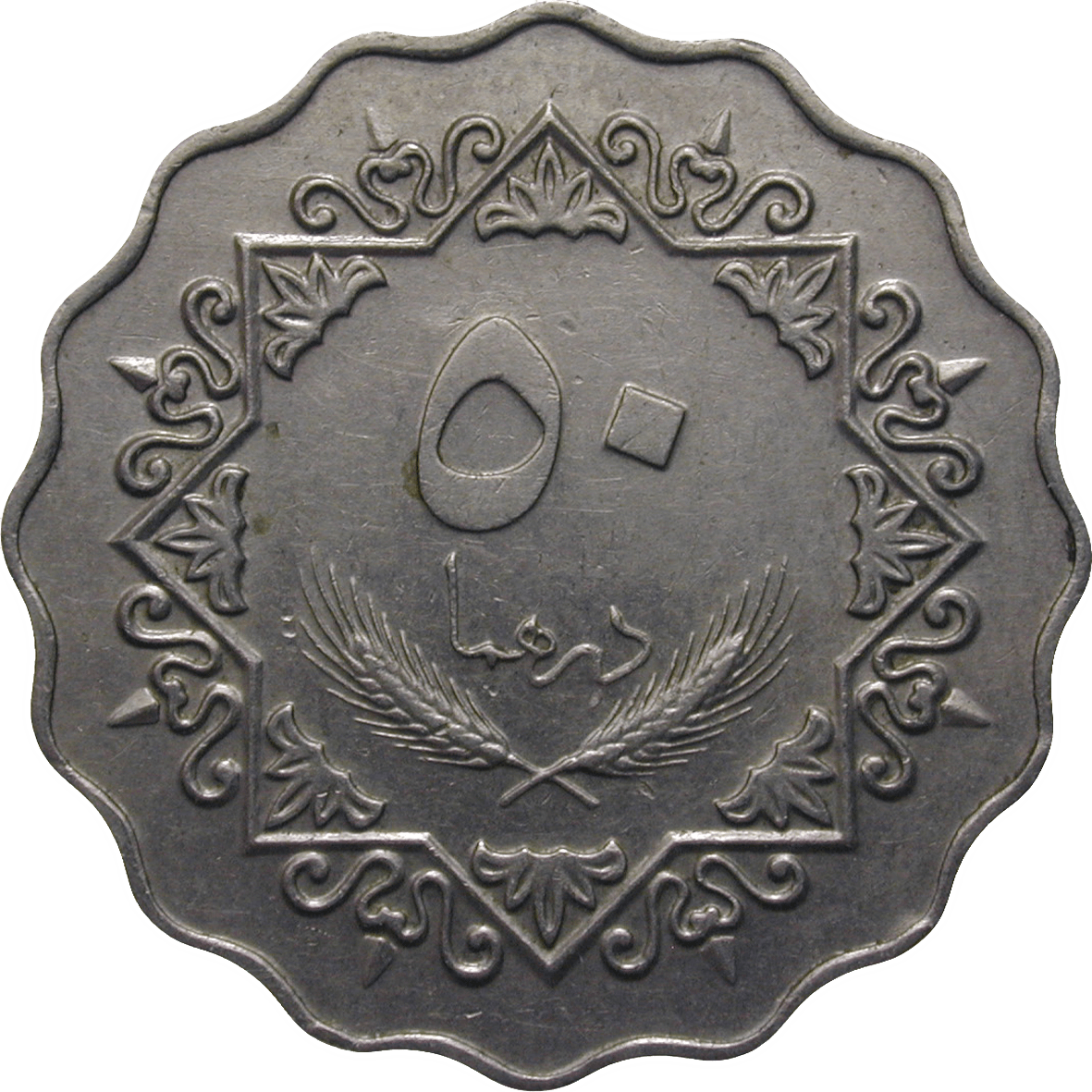 Libya is the 17th largest country in the world; 90 percent of its territory are desert; and of the roughly 5.7 million inhabitants, some 1.7 million – almost 30 percent – live in the capital of Tripoli. Libya was part of the Ottoman Empire until 1911, when it was annexed by Italy. It became independent in 1951 and until then did not have a currency of its own. Today the Libyan currency is the dinar, subdivided into 1000 dirham. These denominations were introduced to Libya in 1971. The dinar is a widespread currency unit in the Arabic world. It is derived from the ancient Roman denarius, while the dirham goes back to the Persian drachm.