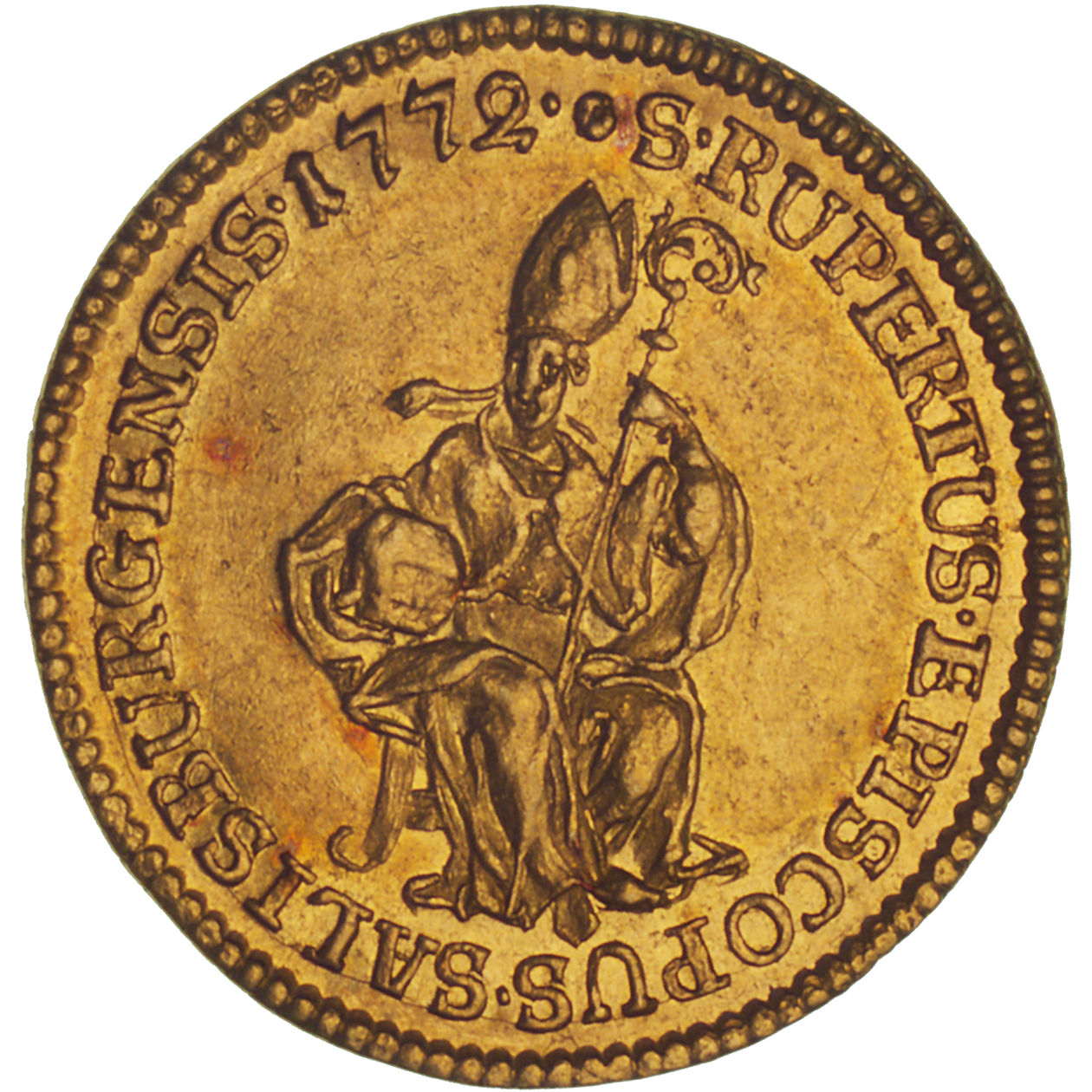 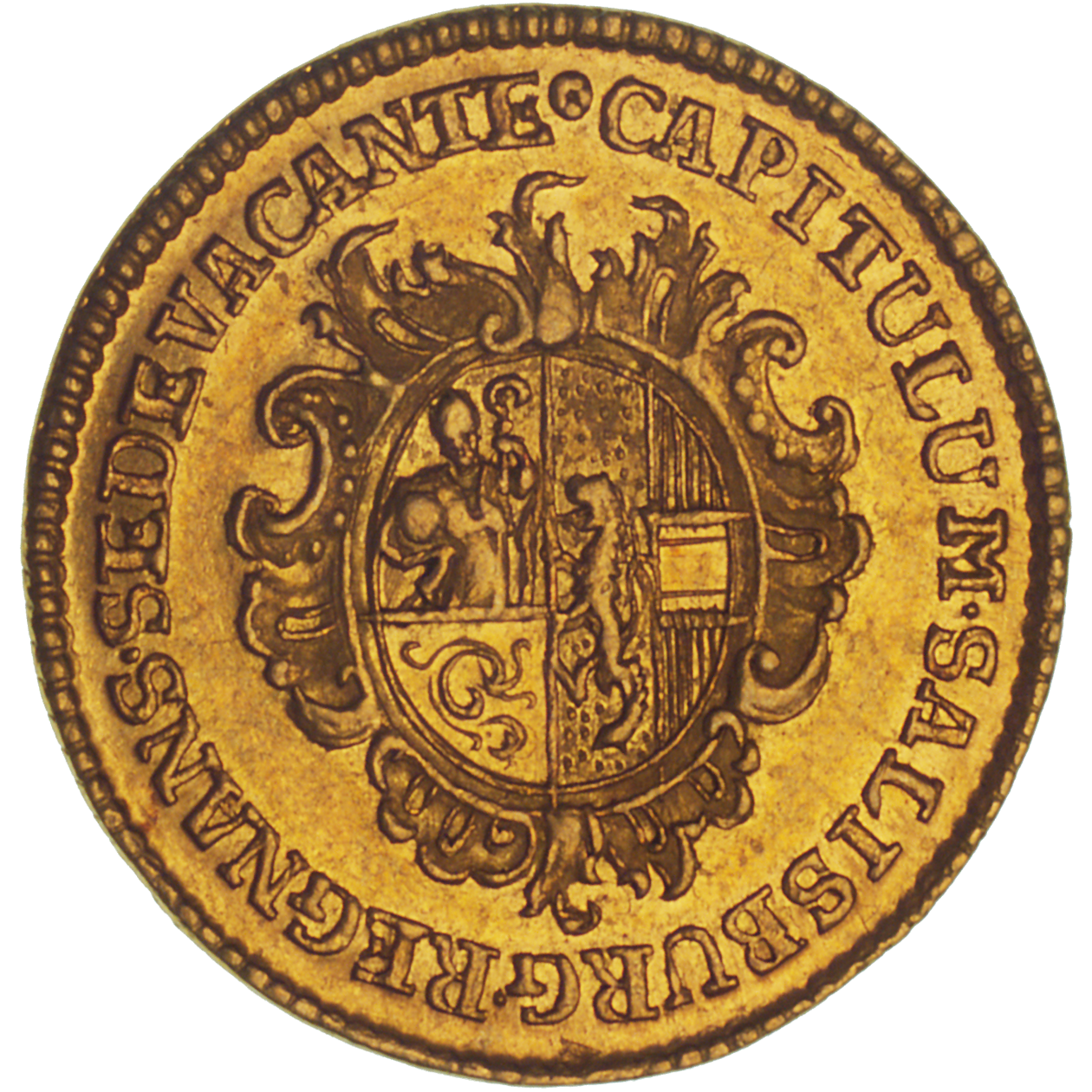 When Salzburg's Archbishop Sigismund III of Schrattenbach died in December 1771, the archbishop's throne remained vacant for a while. The cathedral chapter gathered the reins of governance until the election of the new regent in March 1772. During those three months, the chapter decided to issue its own coins – for the first time in Salzburg's long monetary history. This ducat was minted then. One face shows the bust of Saint Rupert, the national patron of Salzburg, while the other bears the coat of arms of the chapter along with the legend CAPITULUM SALISBURG(ensis) REGNANS SEDE VACANTE: "The chapter of Salzburg as regent during the sede vacante." These ducats were then distributed to the canons at the ensuing 49 meetings of the chapter, which amounted to a total sum of 1,800 ducats.