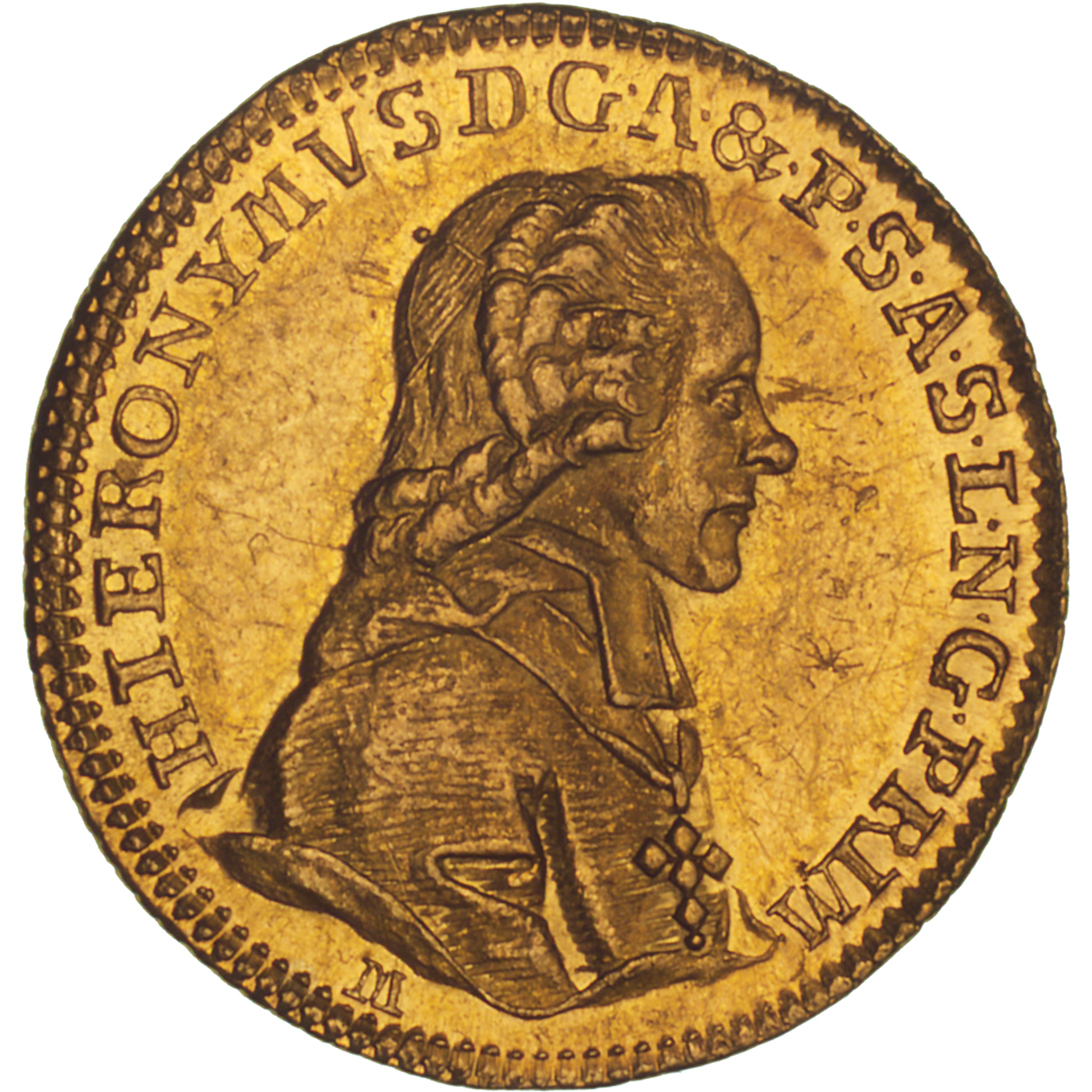 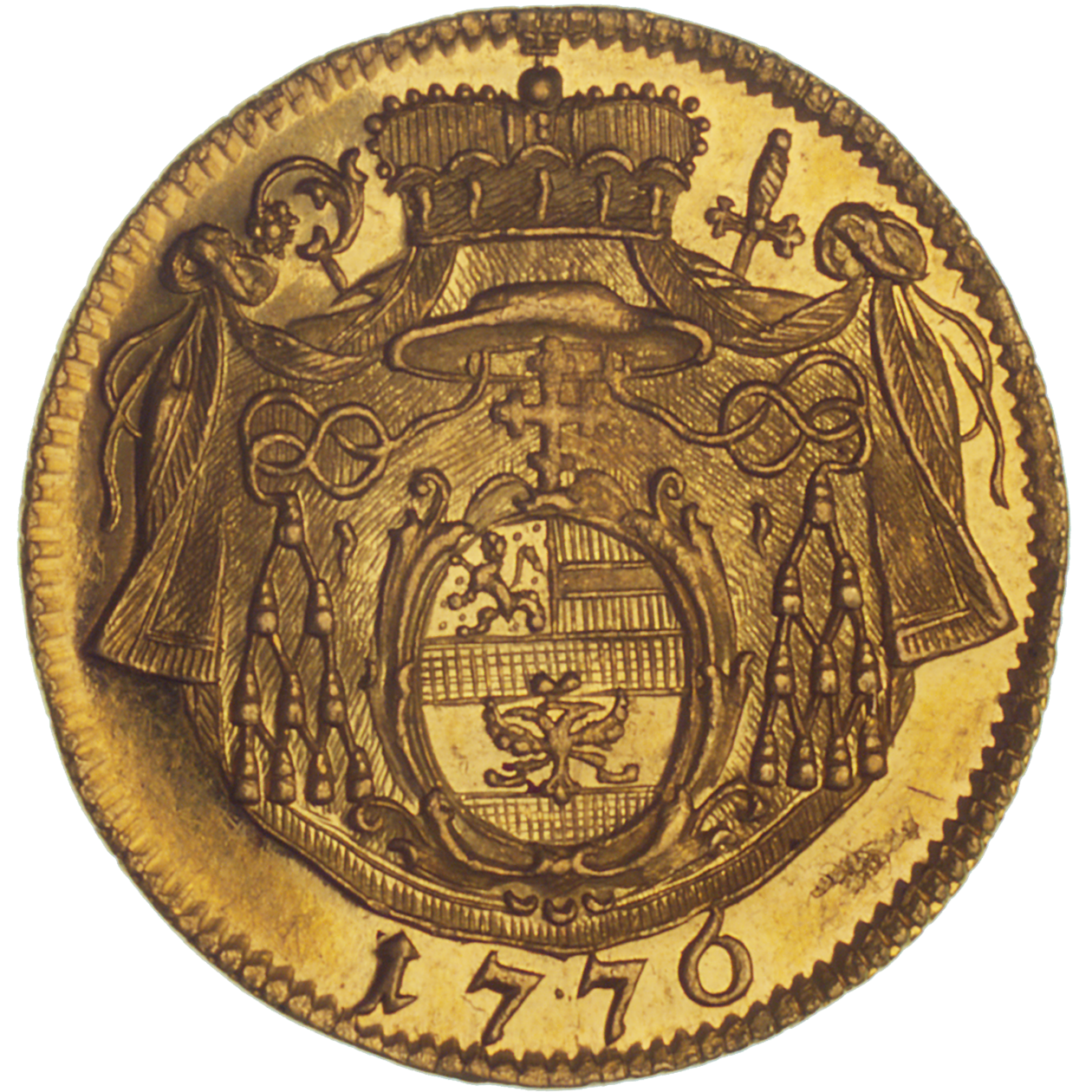 Holy Roman Empire, Archbishopric Salzburg, Hieronymus of Colloredo, Ducat 1776 Hieronymus of Colloredo (1772-1803) was considered as the leading representative of Enlightenment in the southern German lands. When he became archbishop of Salzburg, a wind of change came into town. In 1775, the first public, permanently performing theatre opened its doors in Salzburg. Before the opening, however, a month-long skirmish between the archbishop and the municipal magistrate had been going on. In the sense of Enlightenment, Colloredo dreamt of an educational theatre as kind of "national school of morals," yet at the same time refused to finance the new institution. Salzburg's mayor, on the other hand, pointed out the town's precarious financial situation that would not allow such an investment. The majority of the citizens and the Abbot of the St Peter cloister were also against the building – the many poor of Salzburg would be more in need of a soup kitchen than of a comedy-house, they claimed. After extended disputes, the town had to pay for the new court theatre at its own expense anyway. Colloredo made a financial contribution with a loan of 4,000 ducats from his own pocket.