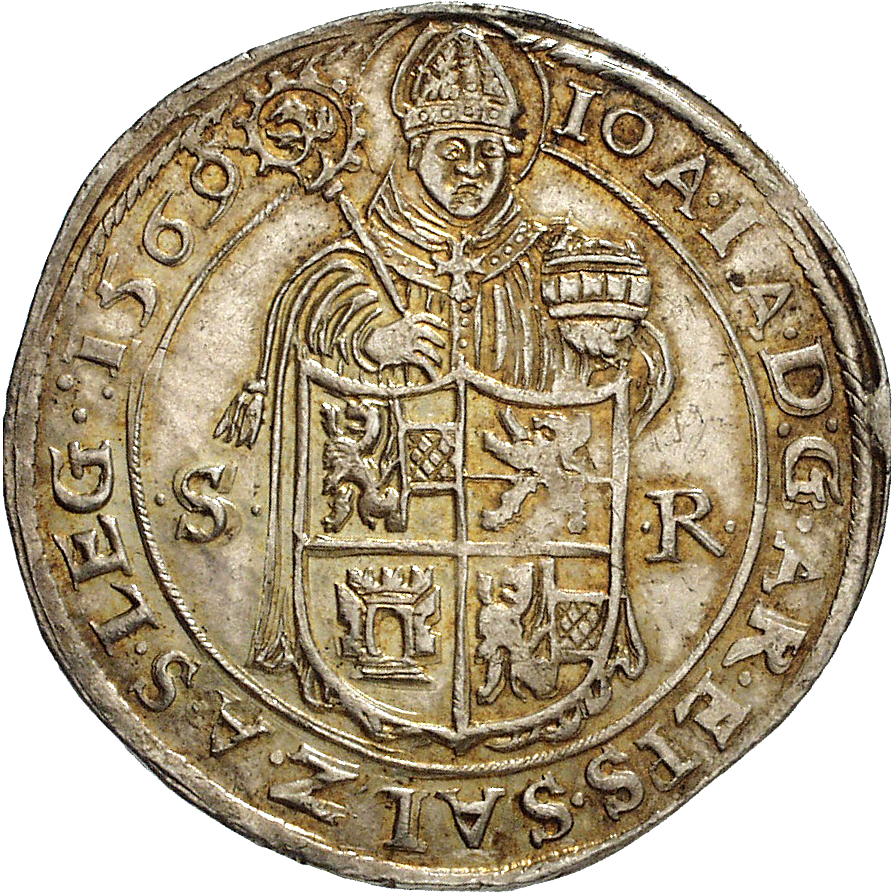 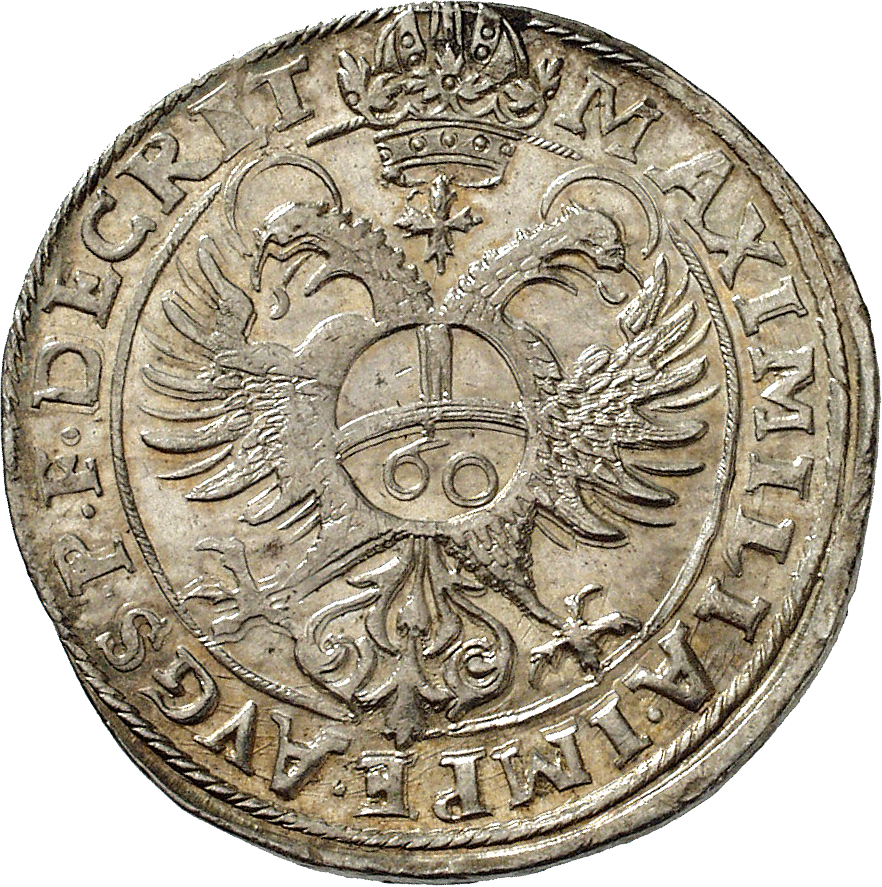 The coins of Salzburg mostly depict Rupert, the country's patron saint, together with a barrel of salt and the bishop's insignia, the miter and the crosier. Rupert worked at the end of the 7th century, initially as Bishop of Worms, then as a missionary in Regensburg, the Bavarian capital at that time. Later he obtained permission to erect his own church and a monastery in a place of his choice. Rupert settled on Salzburg, where the rests of a Roman population were still living then, and where a community of monks existed since Late Antiquity. There, on the spot where the Salzburg Cathedral stands today, Rupert erected a large church dedicated to Saint Peter. Rupert died around 718, presumably in Worms. His relics were transferred to Salzburg on the occasion of the consecration of the newly built Cathedral on September 24, 774. Since then that day is the national holiday of Salzburg.