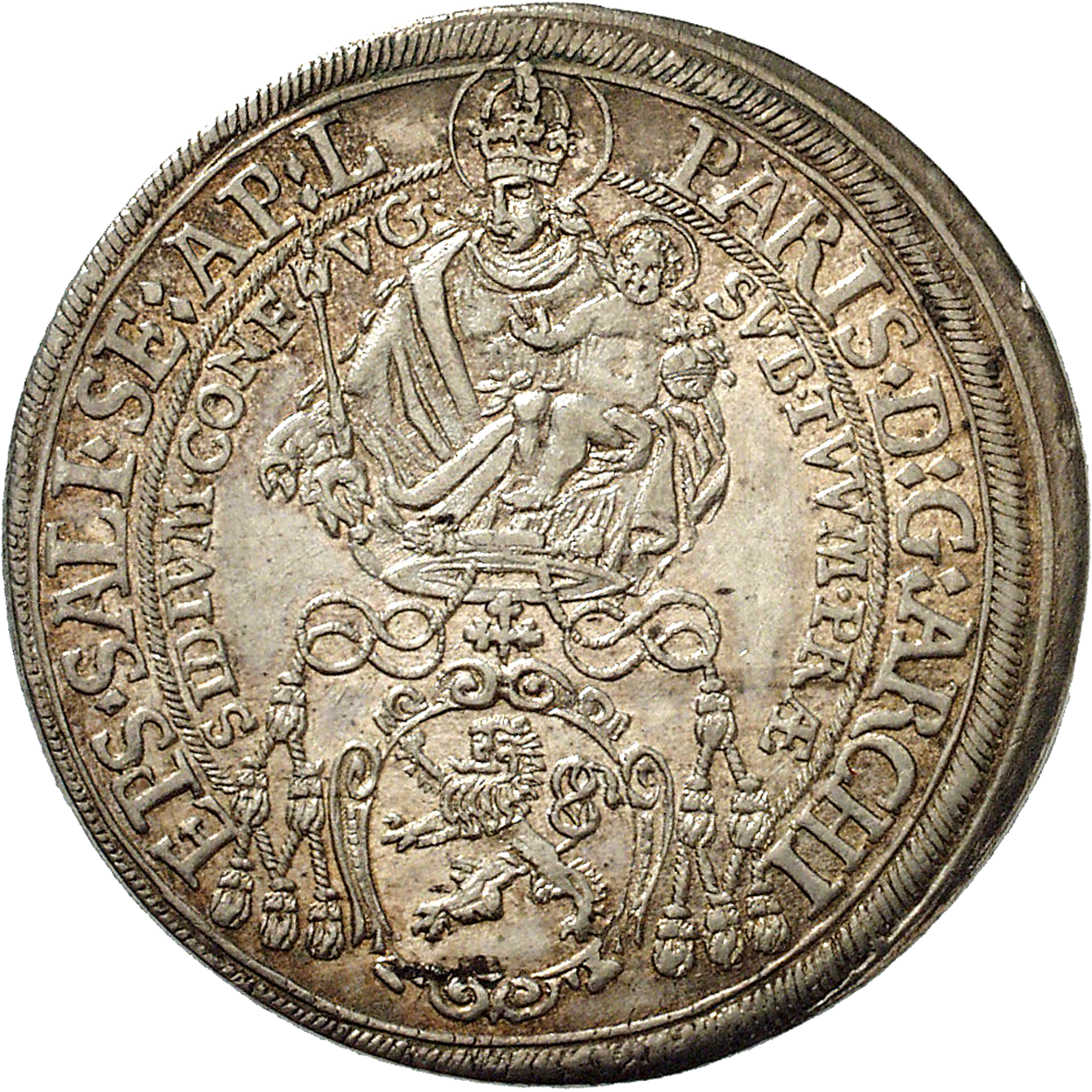 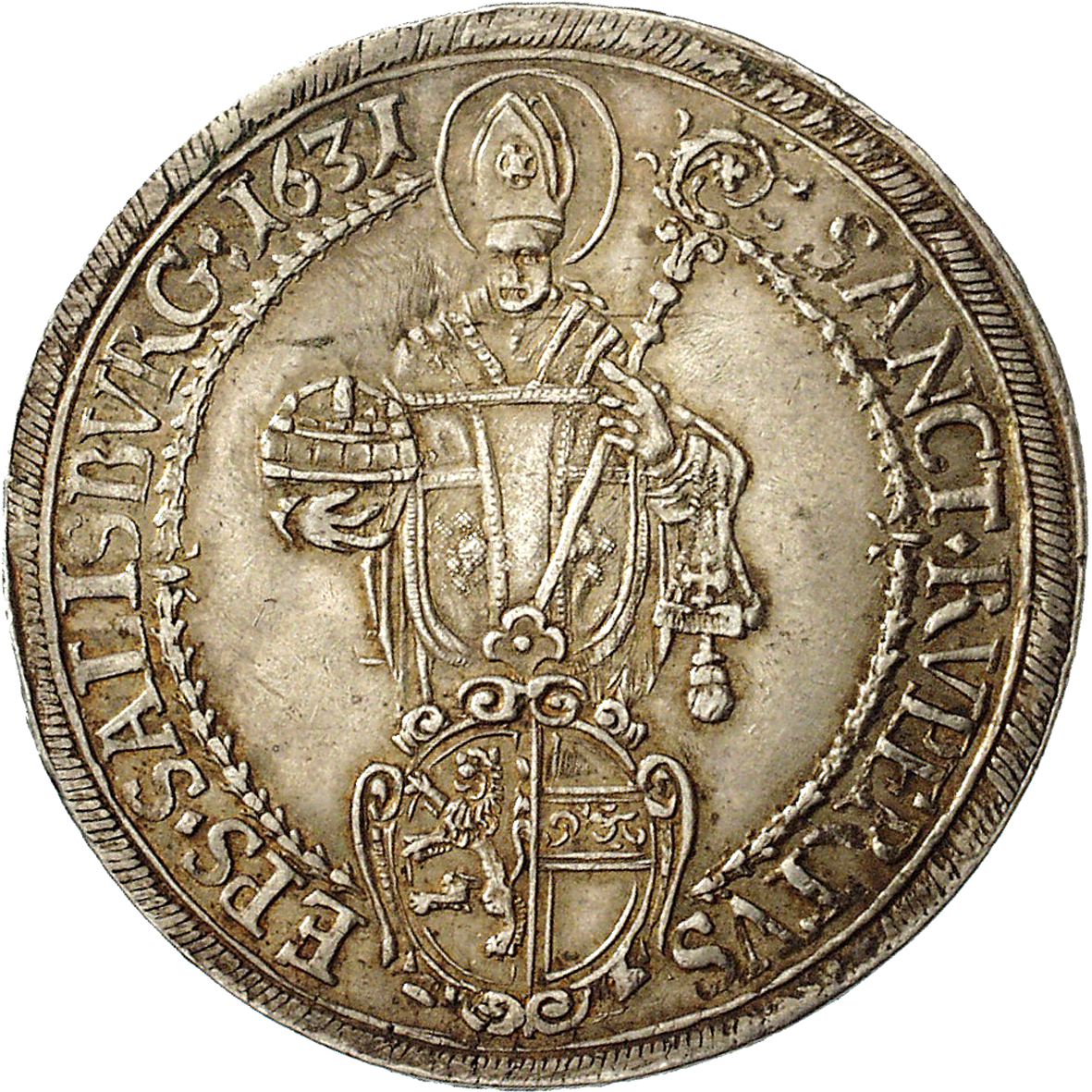 This Salzburg taler was issued in 1631, in the middle of the Thirty Years' War (1618-1648). During those years, Archbishop Paris Lodron (1619-1654) had his city fortified "like a hedgehog." The huge fortifications cost some 600,000 talers. As a result of this expenditure, the population impoverished. Prices had increased rapidly since the start of the war: while a sack of corn had cost 30 talers in 1618, it cost 64 taler in 1622. At the end of the 1620s, the population even had to "use hay, straw and litter to appease their hunger." The obverse of the taler bears the Virgin Mary as the Queen of Heaven with her child. The legend is "We fled under your protection" – a motto which the archbishop made reality: Thanks to his initiative and political insight, Salzburg remained a haven of peace during the entire war. The reverse depicts Salzburg's city saint Rupert with a barrel of salt and a crozier.