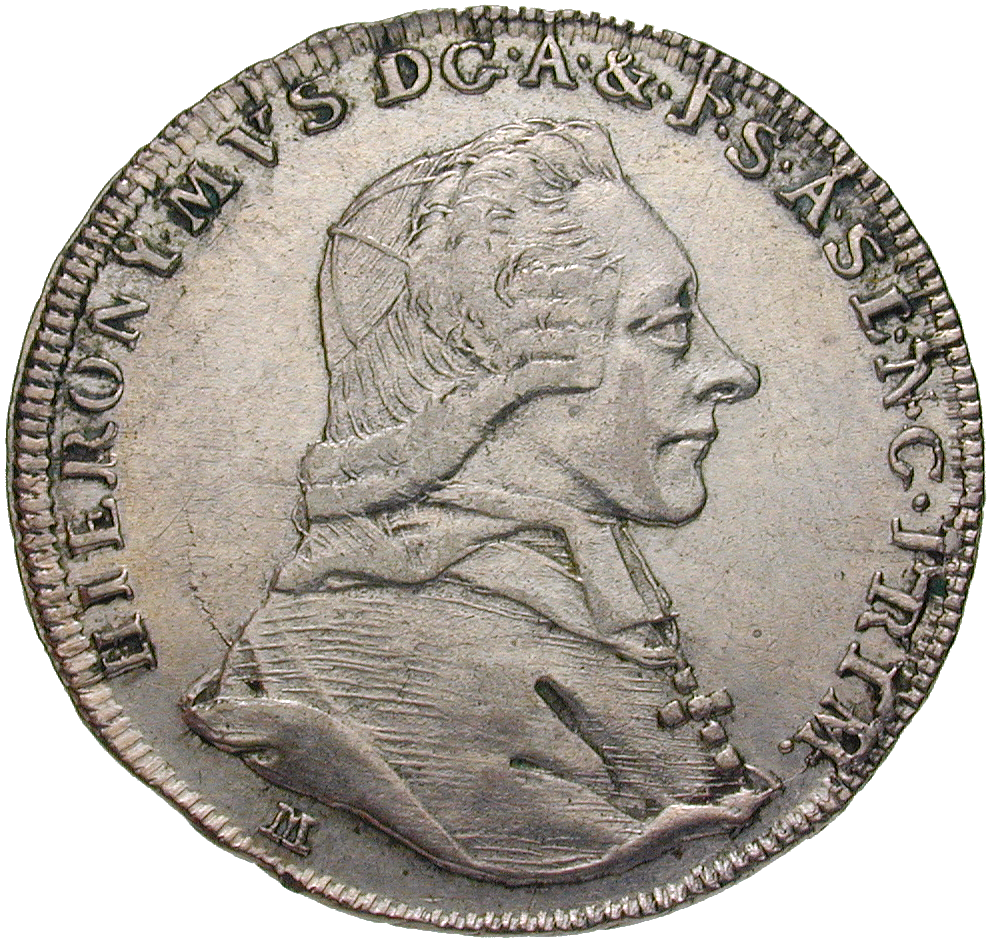 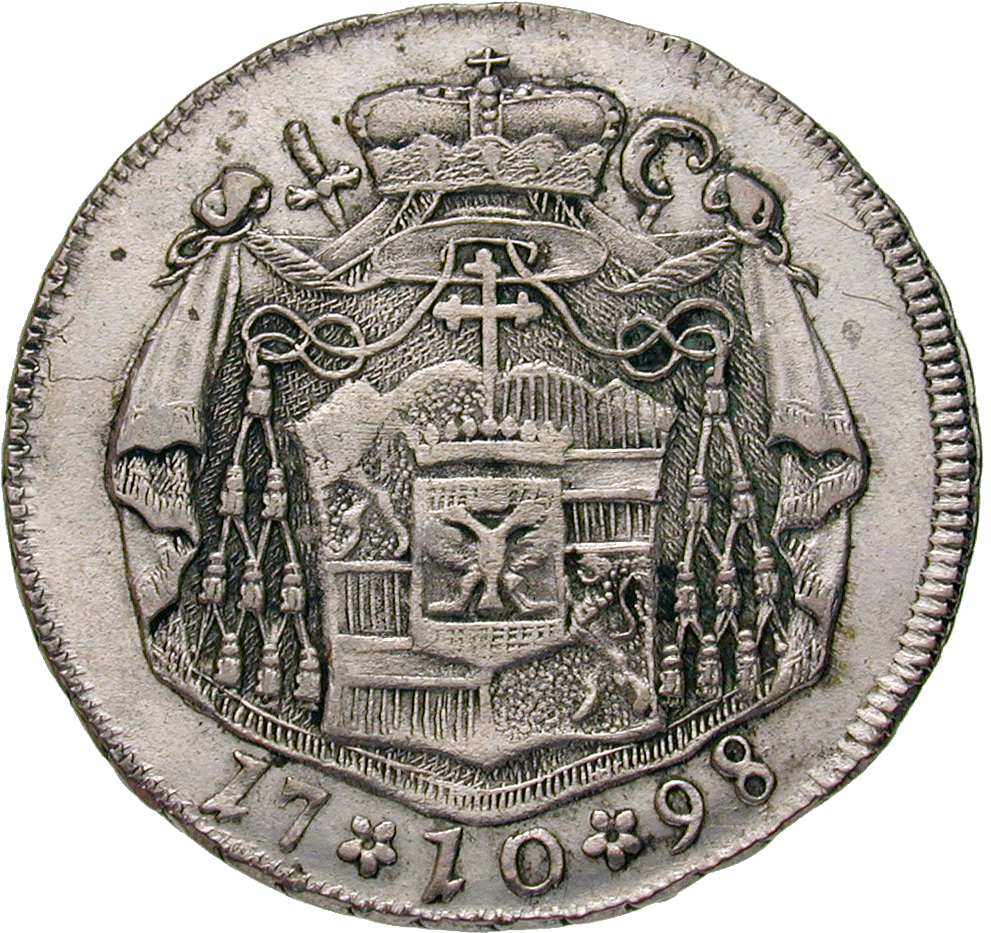 Archbishop Collored's initially quiet reign (1772-1803) took an abrupt turn for the worse with the outbreak of the Napoleonic Wars in 1792. The defeat of the Austrian troops against France caused a direct threat for Salzburg. In December 1800, he left Salzburg, heading for Vienna. Five days after Collored's escape, Salzburg was occupied by French troops. The provisional government that Colloredo had appointed was amerced with reparation payments over 4.2 million livres. Additionally, many works of art were removed from the archbishopric then. Salzburg was finally liberated with the Peace of Luneville in February 1801. A year later it was established that the archbishopric of Salzburg would cease to exist, and that the land would pass on to Grand Duke Ferdinand III of Tuscany. Colloredo managed to secure an annual pension of 80,000 guldens for himself. Then he signed a document of abdication as worldly prince, yet remained in power as a clerical leader.