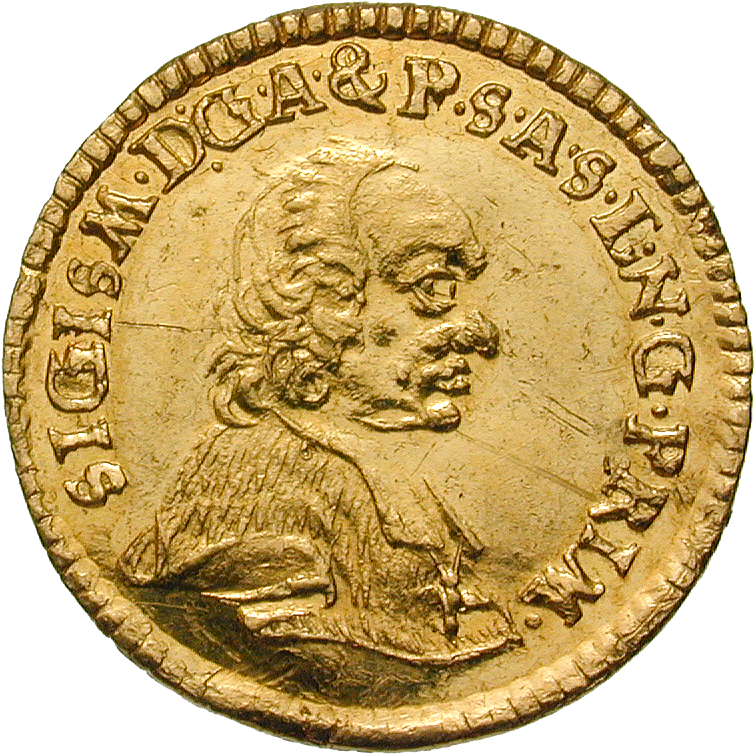 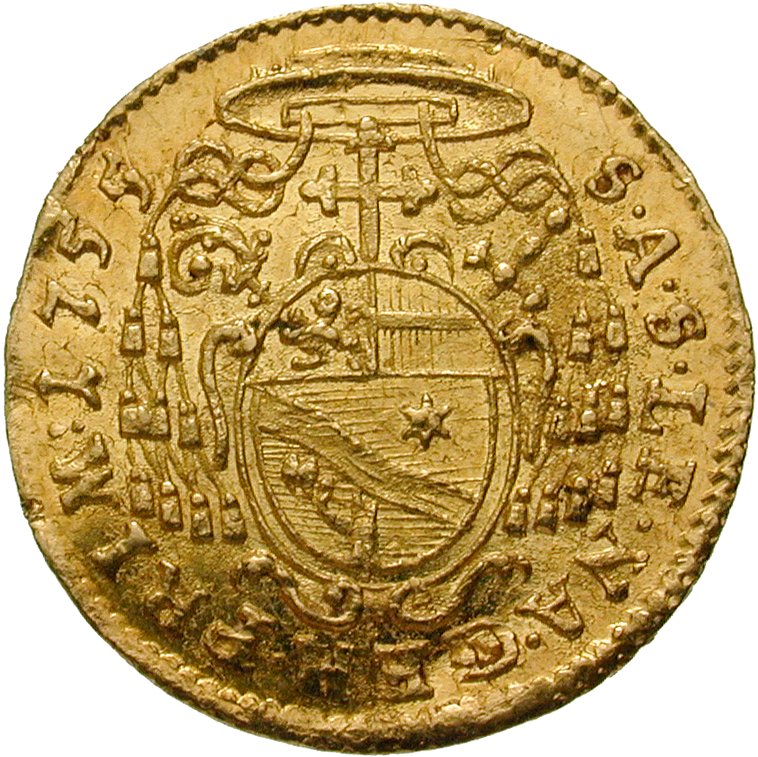 Archbishop Sigismund III Christoph of Schrattenbach (1753-1771) was a friendly and generous nature. Too bad, that the financial situation of the archbishopric of Salzburg was far from rosy at the time of his reign. As a result of the expulsion of Protestants in 1732, Prussia made demands on the repayment of assets that the emigrants had been forced to leave behind; Schrattenbach had to spend 30,000 guldens to acquit those demands. The Seven Years' War (1756-1763) put a strain on Salzburg's financial situation, too. To pay for the war, the pope had agreed in an exceptional taxation of the clergy. To this end, the archbishop had to disburse 18,000 guldens to Empress Maria Theresa.