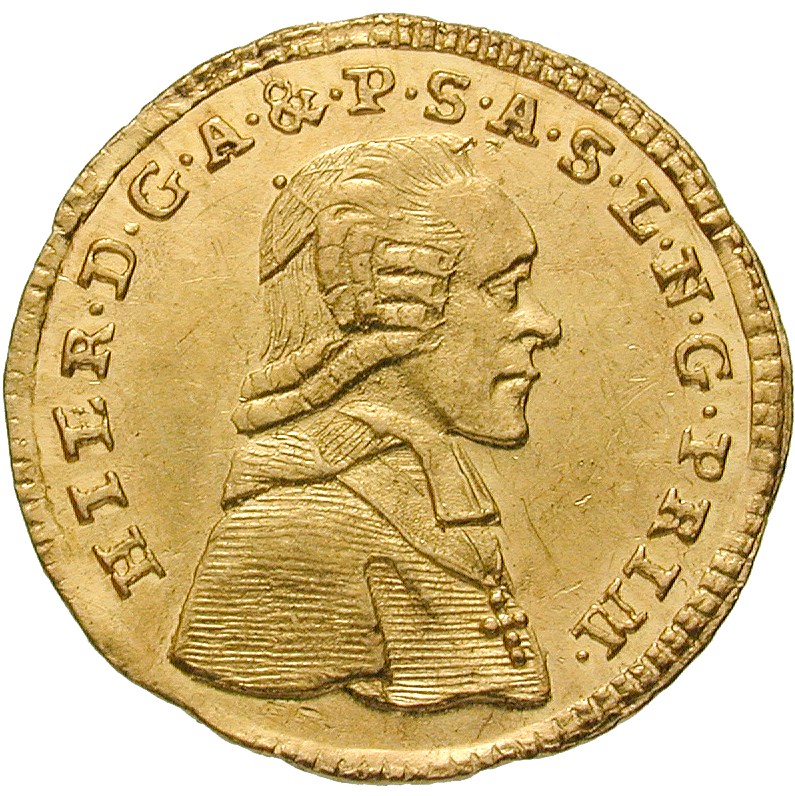 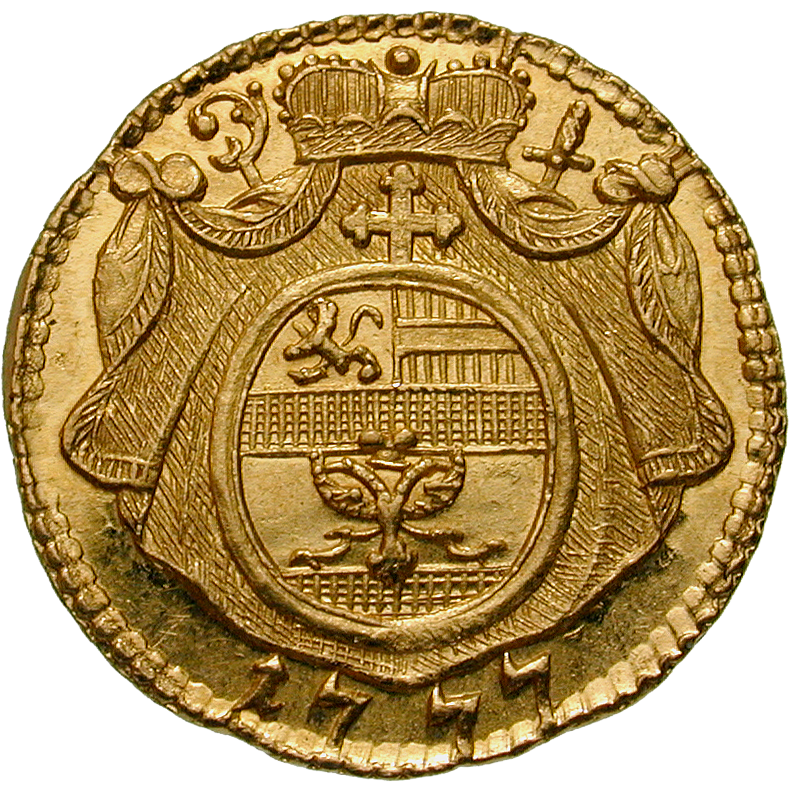 When Hieronymus of Colloredo was elected as archbishop of Salzburg (1772-1803), no better statesman could have been chosen. Hieronymus was highly intelligent, diplomatic and economical to the point of niggardliness. He reorganized Salzburg's tax system, improved the disastrous financial situation of the archbishopric, and besides managed to amass a considerable fortune. As Colloredo shared the common opinion that placing funds in one's own country could damage the local capitalists, he placed his capital with the Stadt-Bank of Vienna – which went bankrupt in 1800. Still, when the archbishop fled Salzburg from the approaching French in 1796, he had a small wooden casket with "savings for a rainy day" worth 100,000 ducats.