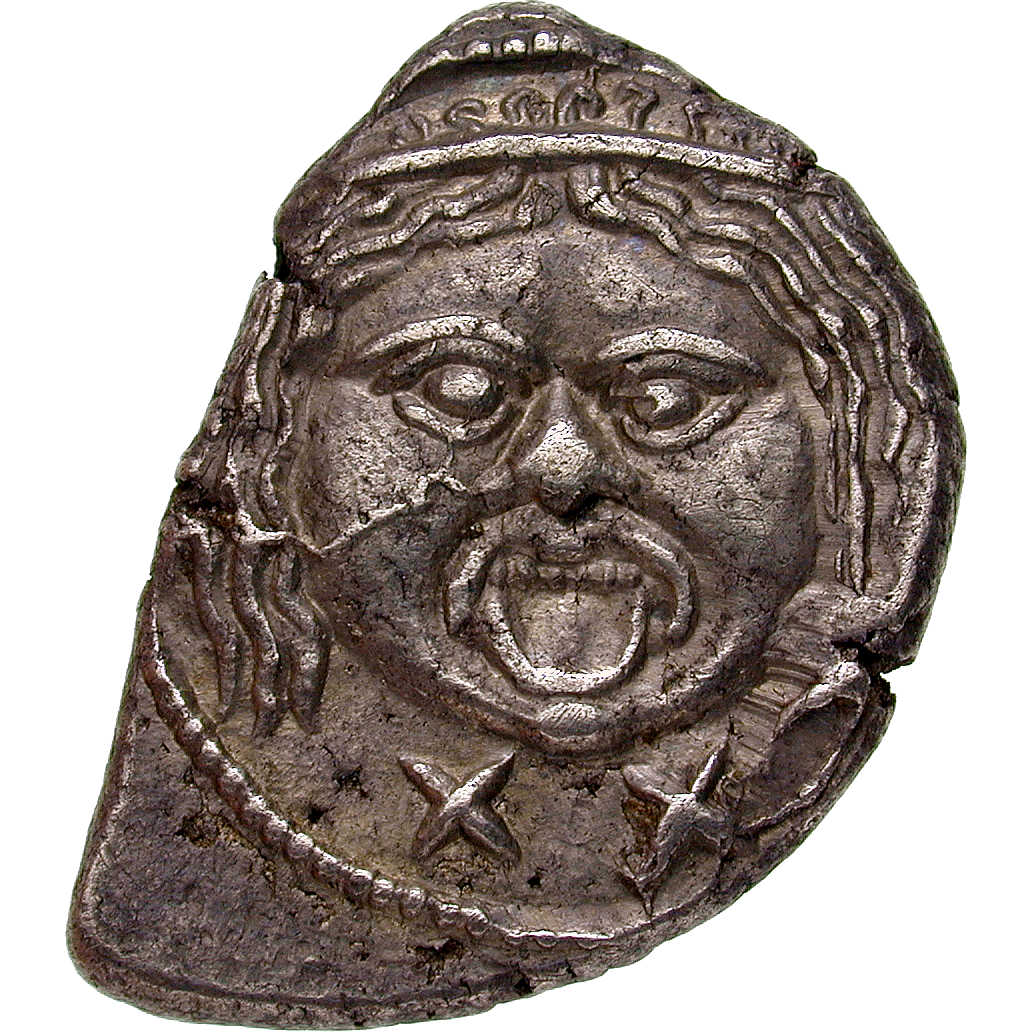 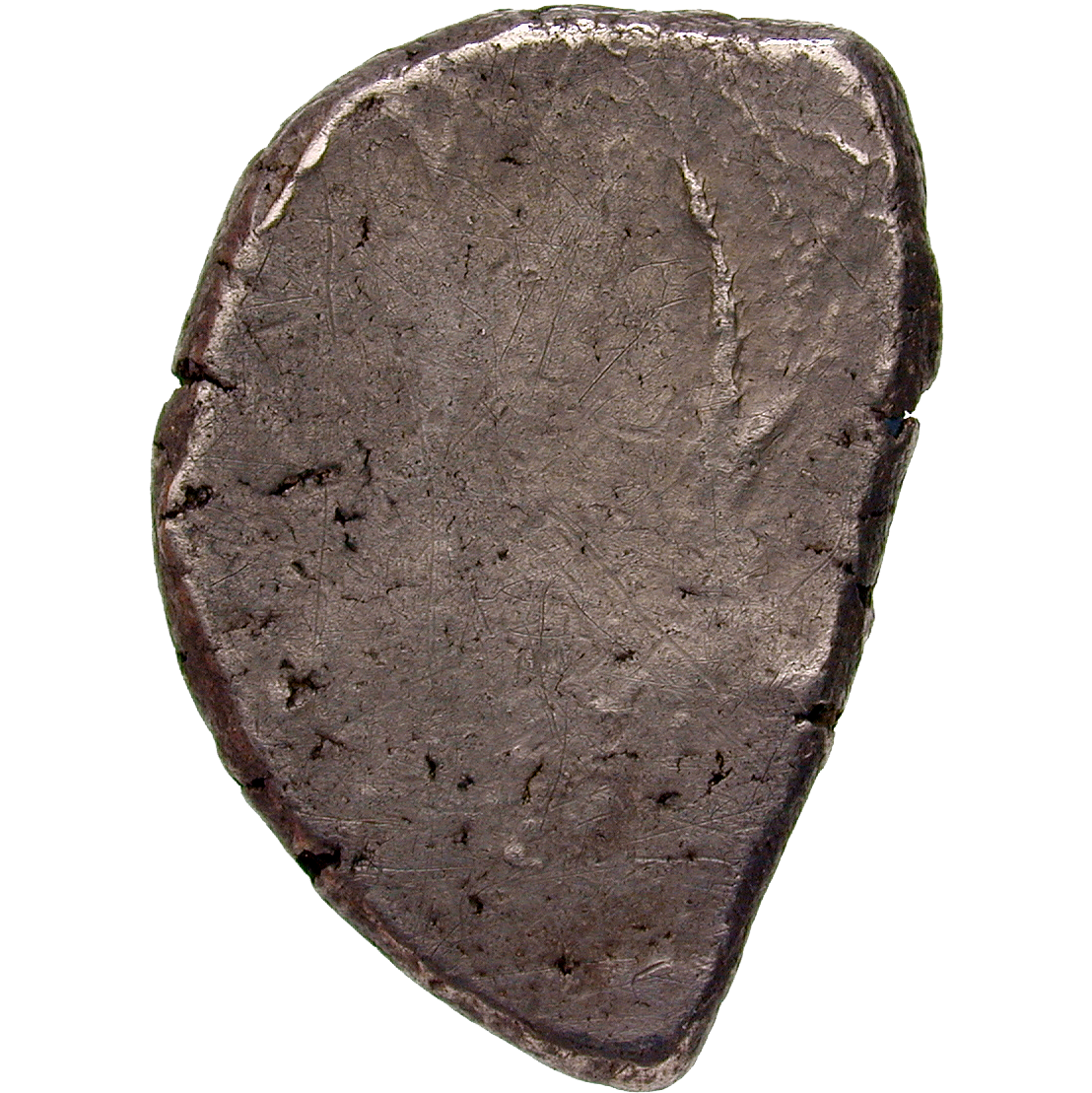 This is an Etruscan silver coin, issued supposedly toward the end of the 3rd century BC. It shows the head of Gorgon, a so-called Gorgoneion.

The coin is without inscription, but it shows XX for the value of 20. This stands for 20 bronze asses, as the value of Etruscan money was always given with the respective number of coins of the next base metal: The value of gold coins thus in silver, and the value of silver coins in bronze. Moreover, the Etruscans were the only people of Antiquity who geared their currency after the decimal system.

We do not know whether Etruscan coinage was centralized or whether the Etruscan towns minted in their own names. Some Etruscan coins depict a city name, for instance Populonia, Volterra or Volsinii. It might well be, however, that these names only indicated the place of minting.