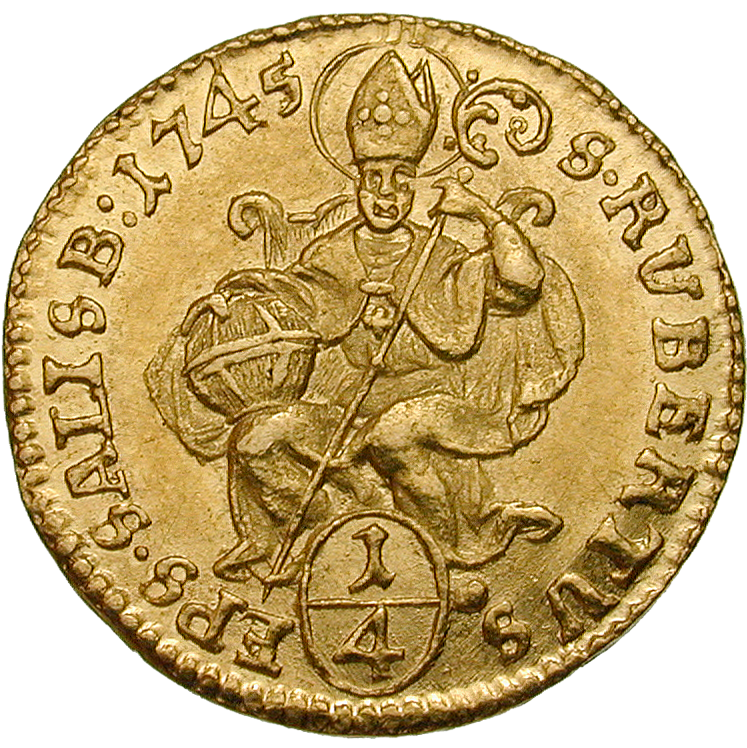 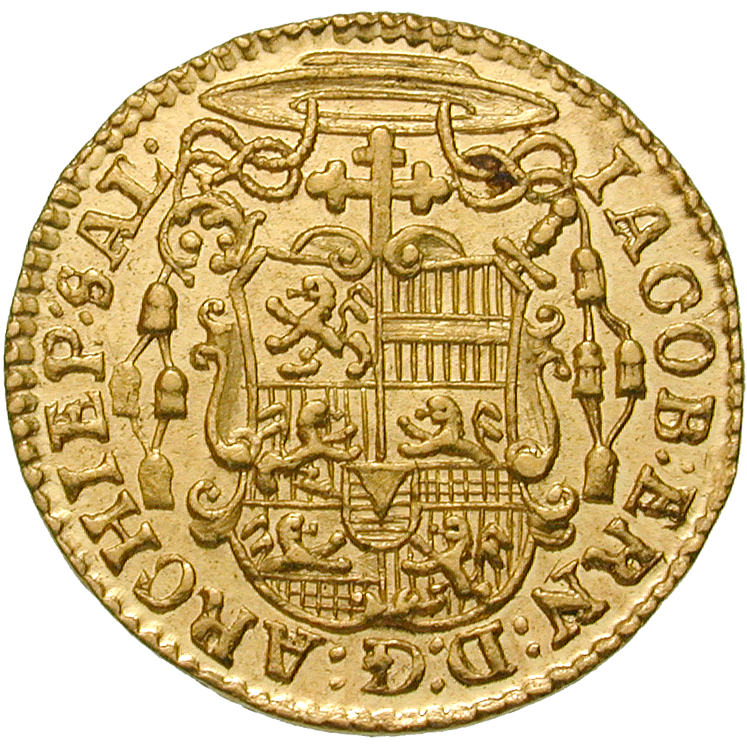 Jakob Ernst of Liechtenstein-Kastelkorn (1745-1747) was a strenuous and progressive archbishop, yet not very popular. Due to the archbishopric's over-indebtedness, his brief term in office was overshadowed by continuous quarrels with the chapter: When Jakob Ernst assumed office, the bishopric of Salzburg was sitting on a mountain of debt from the time of his predecessor Leopold Anton Eleutherius of Firmian. The clearing of those depts was Liechtenstein's declared aspiration. He tried to get rid of them by frugality, by abstaining from big building projects and even from enhancement works, by raising the output of Salzburg's mines, and by the afore mentioned wage cuts. For the same reason – namely want of money – Jakob Ernst contacted the emperor with the request for enfeoffment only two years after he had taken office. The legate had only just left Salzburg when Liechtenstein fell so ill that a messenger was sent after the legate to summon him back: the archbishop did not want to spend money on seigniorages in vain. Indeed, he passed away shortly after.