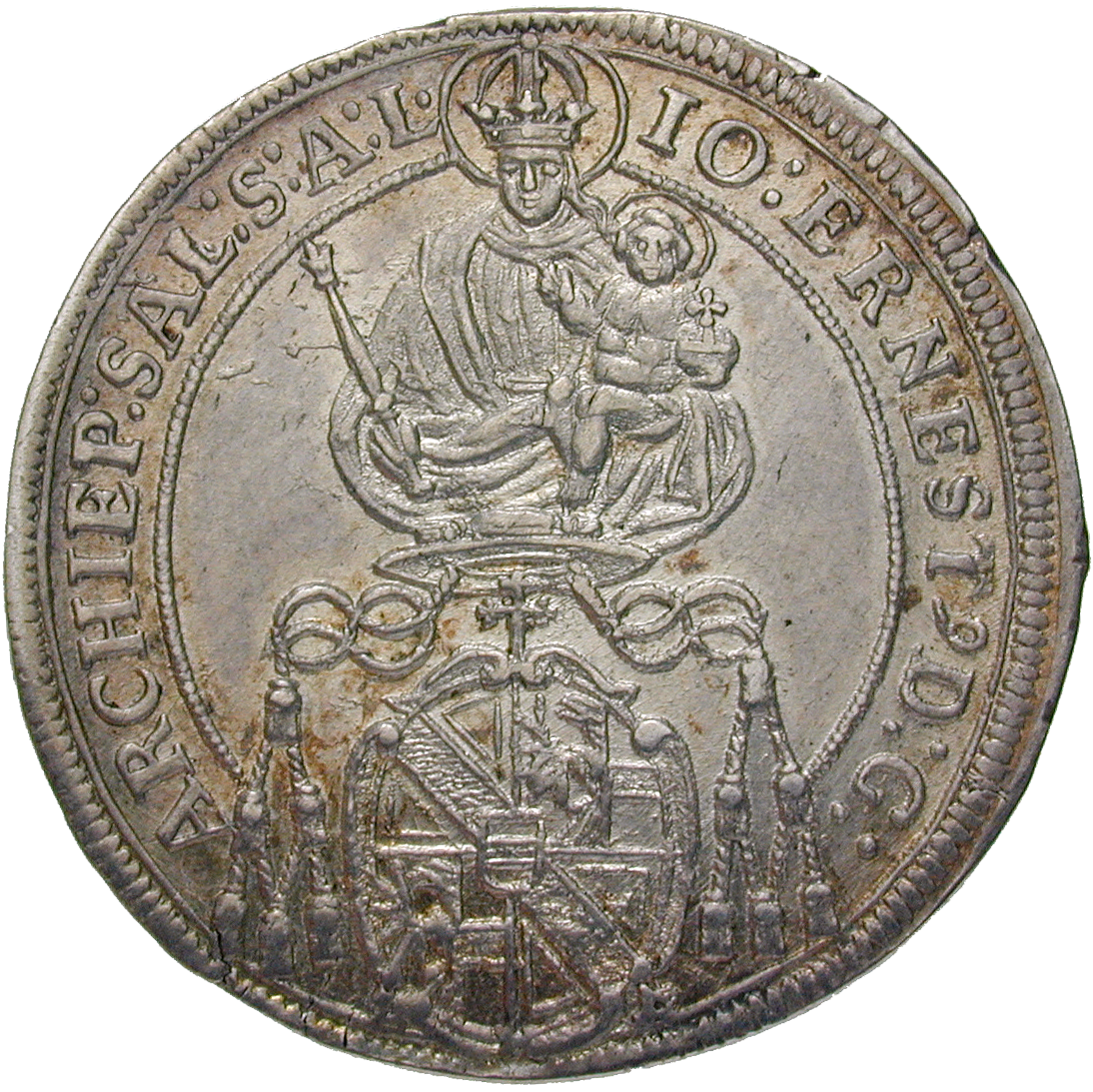 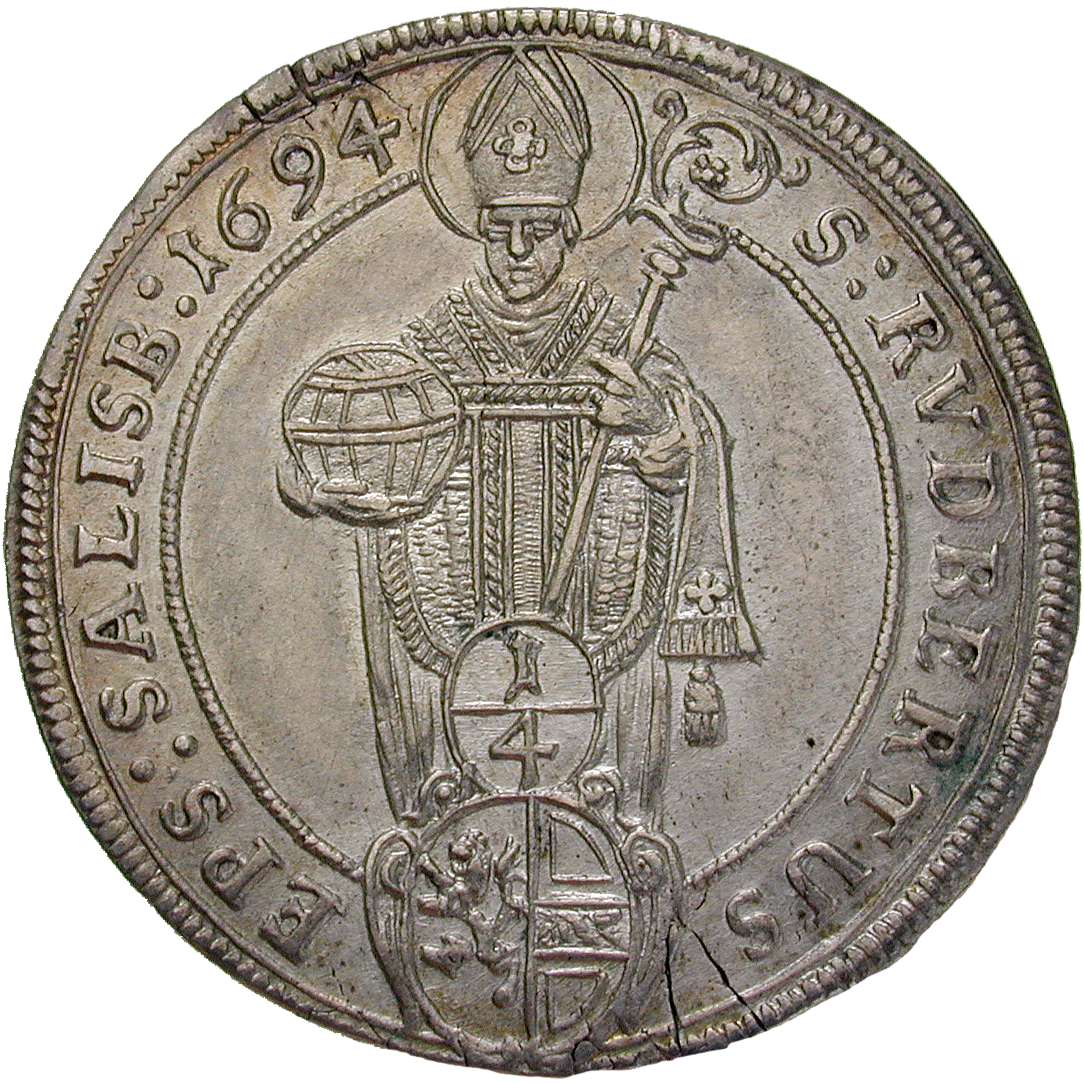 The coins of Salzburg mostly depicted the coat of arms of the archbishop in office and Saint Rupert with a barrel of salt and a bishop's crosier. Rupert lived in the 7th century. According to the legend he founded a monastery and a big church in the ramshackle Roman town of Iuvavum, and became abbot of his monastery. He encouraged the mining of salt in the nearby Dürrnberg and thus initiated the revival of the ancient town that was now called Salzburg after the salt mines. Salt was indeed the main source of income in Salzburg. Its mining guaranteed jobs and the "White Gold" could be traded profitably. On the other hand, Salzburg depended on the import of grain from its neighboring countries. This was the main reason why the archbishops of Salzburg paid so much attention to the quality of their currency: stable money is the linchpin of every trade.