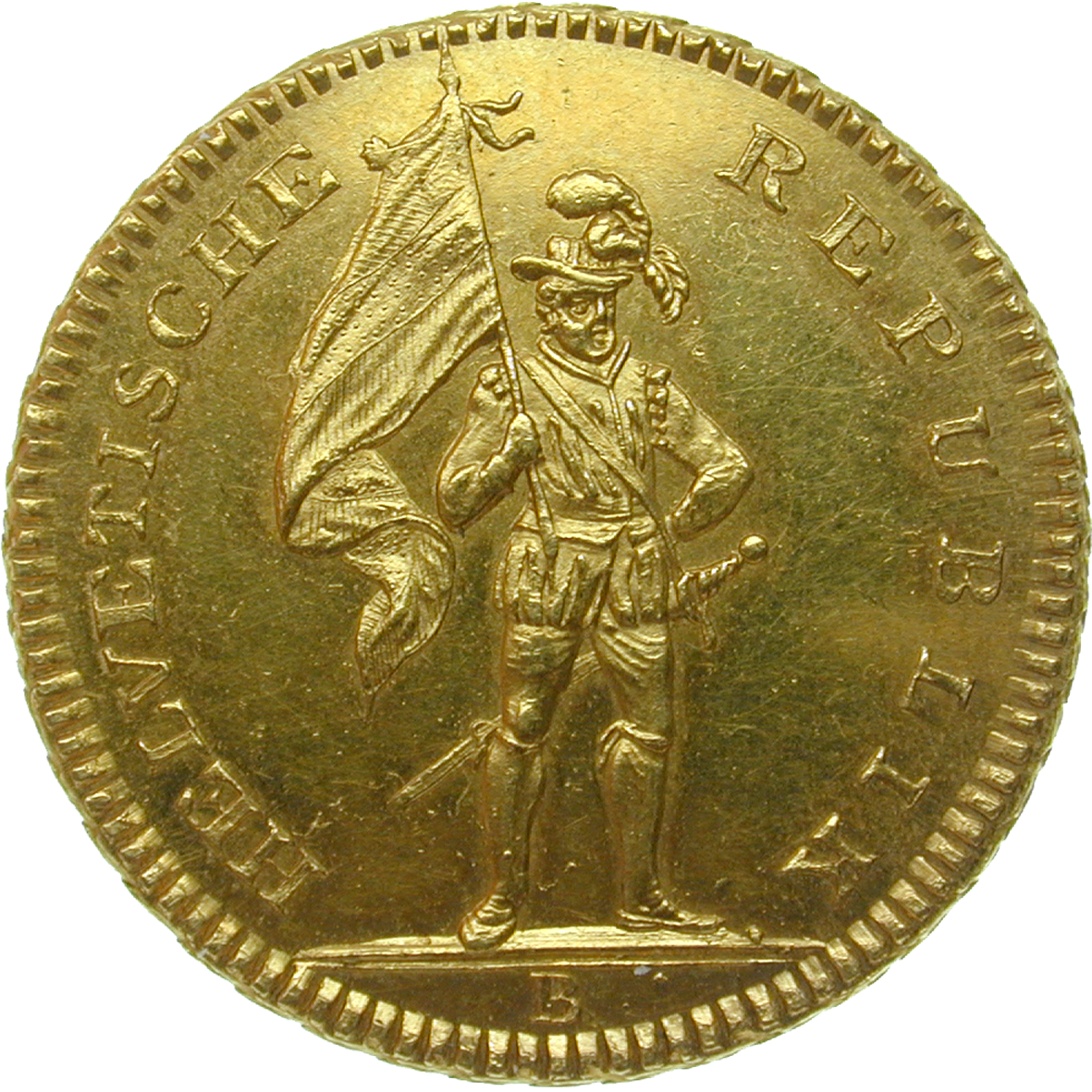 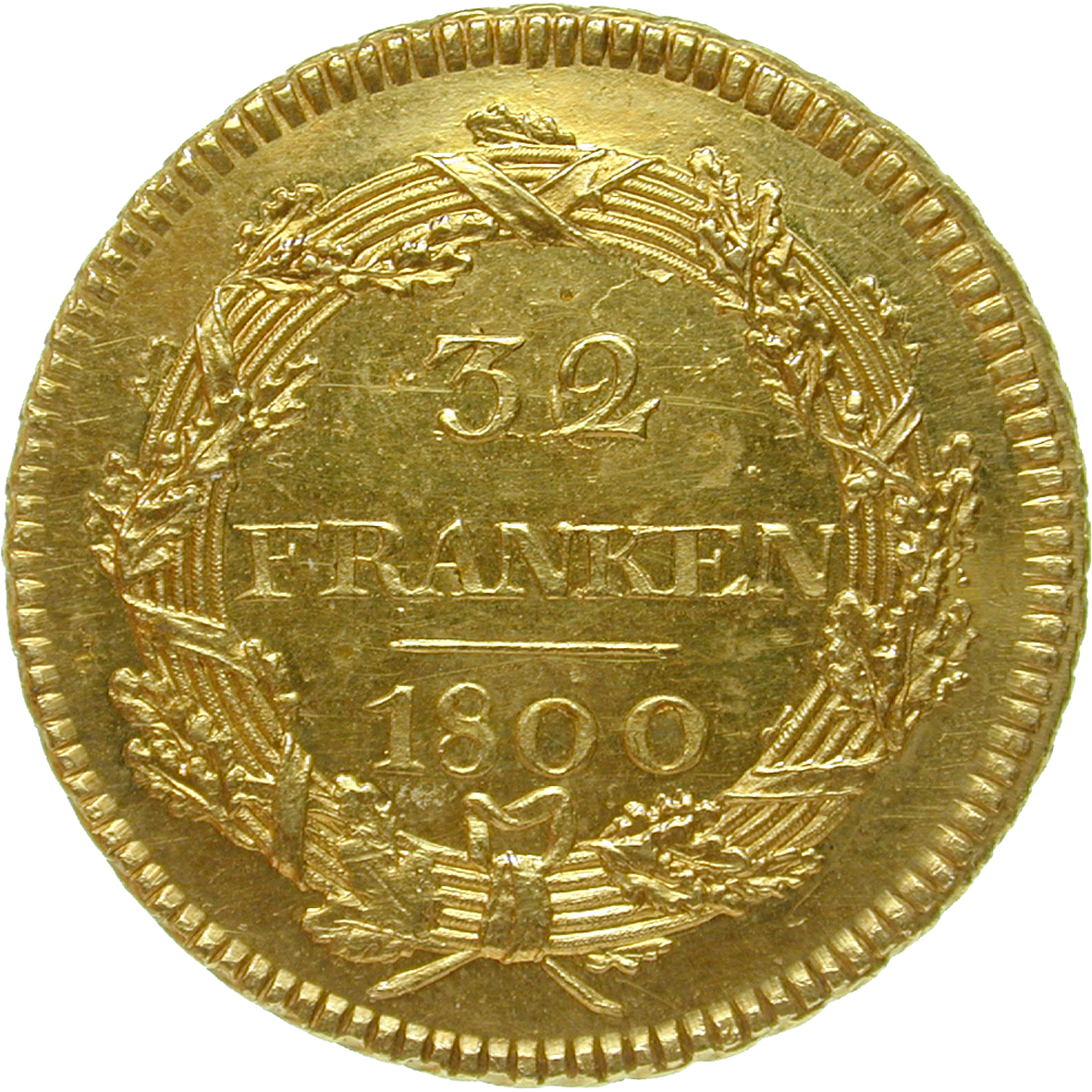 The occupation of the patriarchal city of Berne by French troops in 1798 led to the break down of the ancien régime in Switzerland. The mint of Bern, which had been newly equipped in 1793, now had to strike coins for the Helvetic Republic (1798-1803) dictated by France. The currency system of Berne became valid for the whole of Switzerland, because Berne had already adapted its money to the French currency previously. It was new, however, that the French name "franc" appeared on Helvetian money, as shown on this coin. The motif derived from the old coins of Berne: a Swiss warrior in traditional garb had been depicted on the duplones and talers in the first half of the 1790s, i.e. before the invasion of the French. Since the 15th century, Switzerland had been notorious for its mercenaries. These soldiers in foreign services gained a considerable share of the Swiss national income abroad.