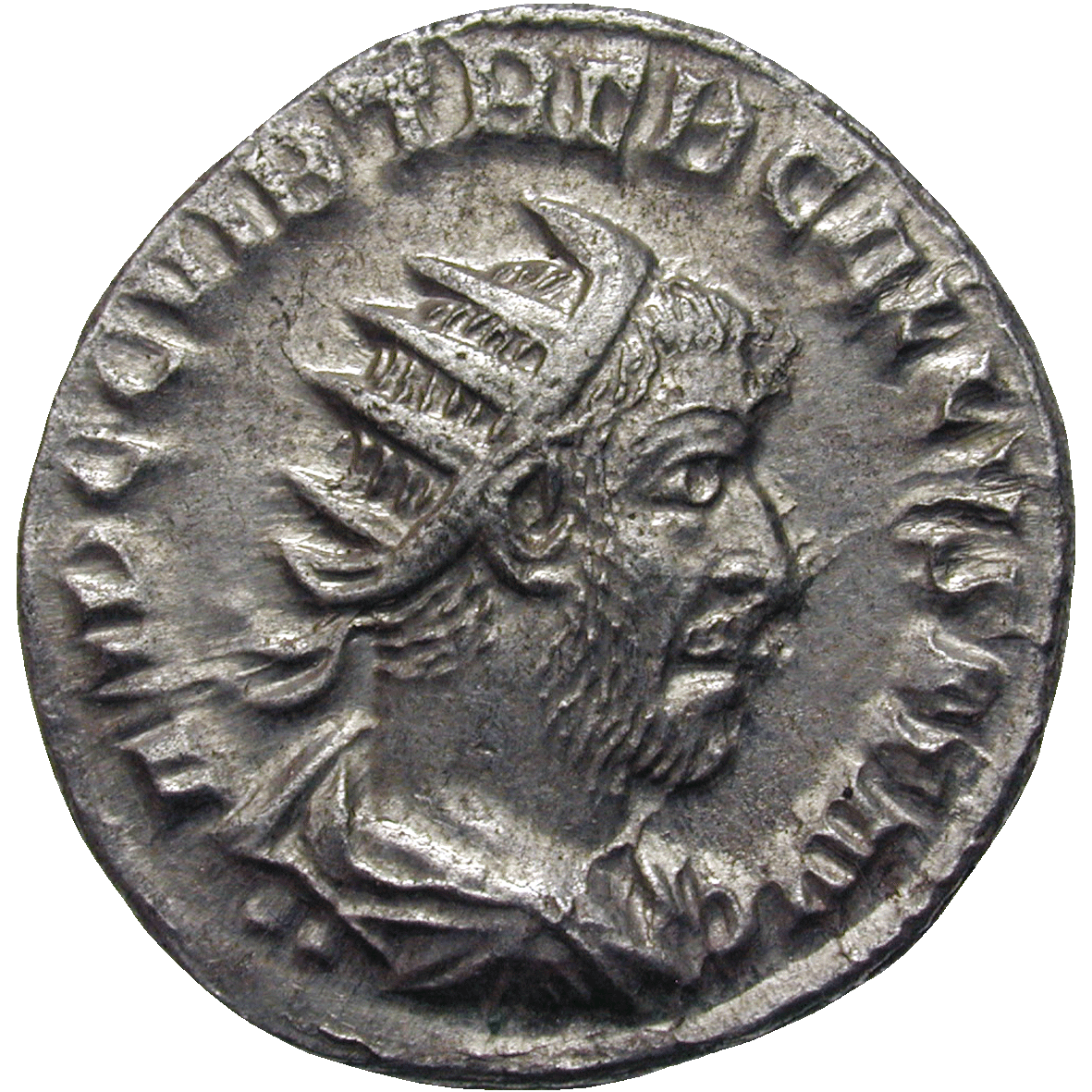 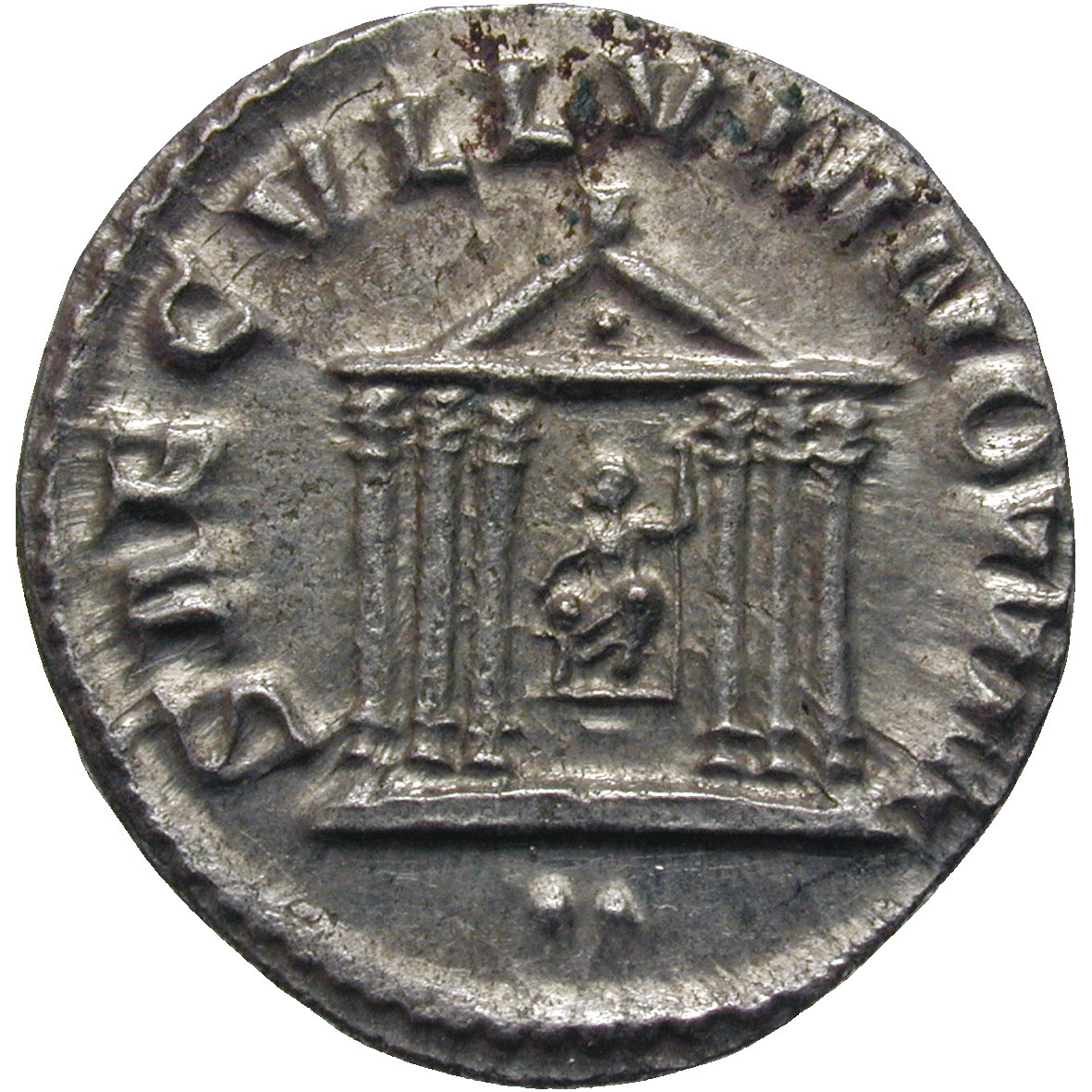 Secular games were held in ancient Rome at the end of every age. An age, a saeculum, traditionally meant the longest possible duration of a human life. It corresponded to a 100 or a 110 years; after this time, thus the belief, the human population had been completely renewed.

To celebrate the end of the old and the beginning of the new saeculum, the Secular Games were held, the ludi saeculares. The celebrations lasted three days and three nights and started with processions, sacrifices and prayers. These were followed by horse races and, in the time of the emperors, by gladiator fights, animal chases and theatrical performances.

This coin of Emperor Trebonianus Gallus (251-253) records Secular Games. It shows a temple with a statue and the inscription 'Saeculum novum.'