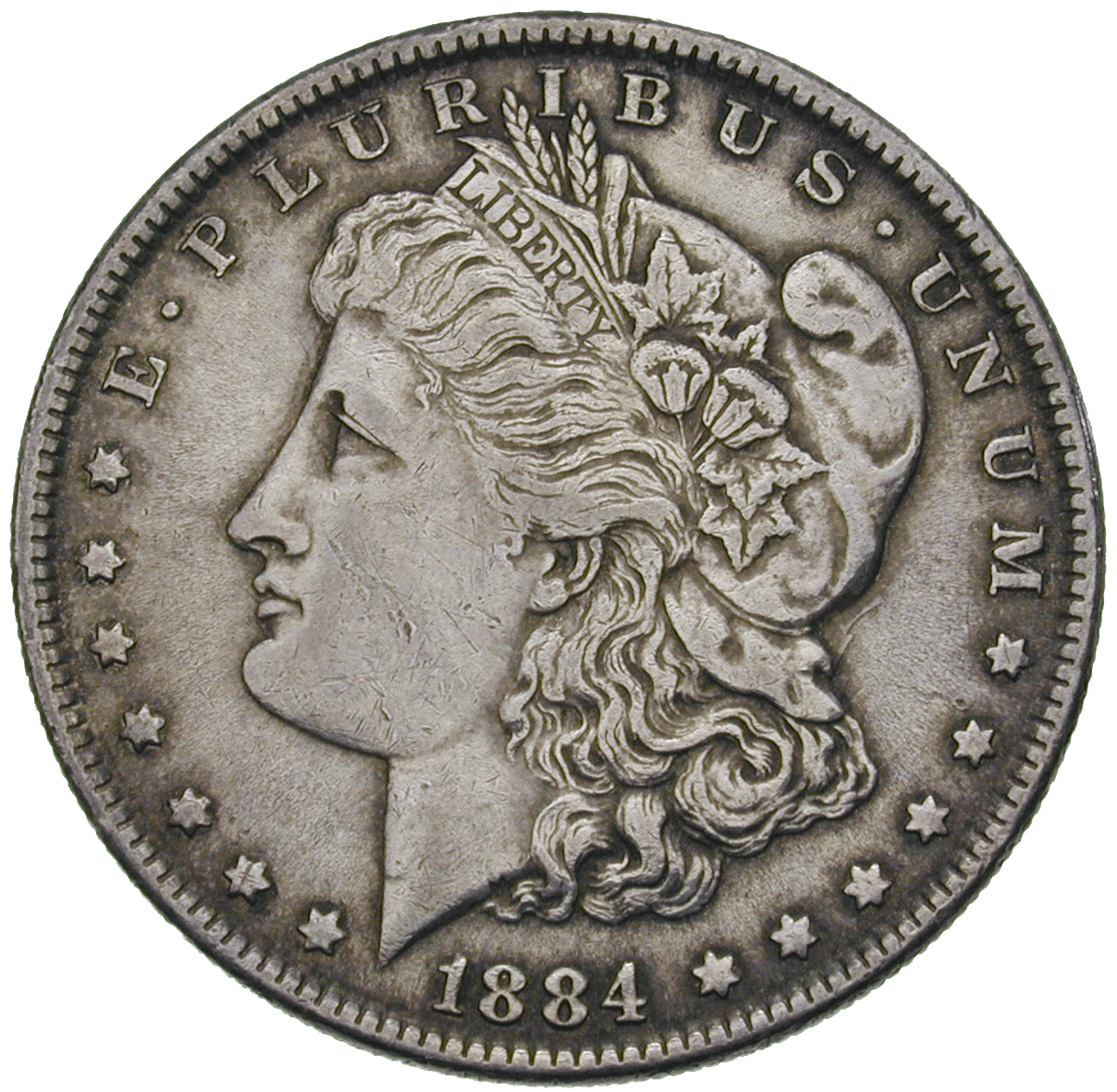 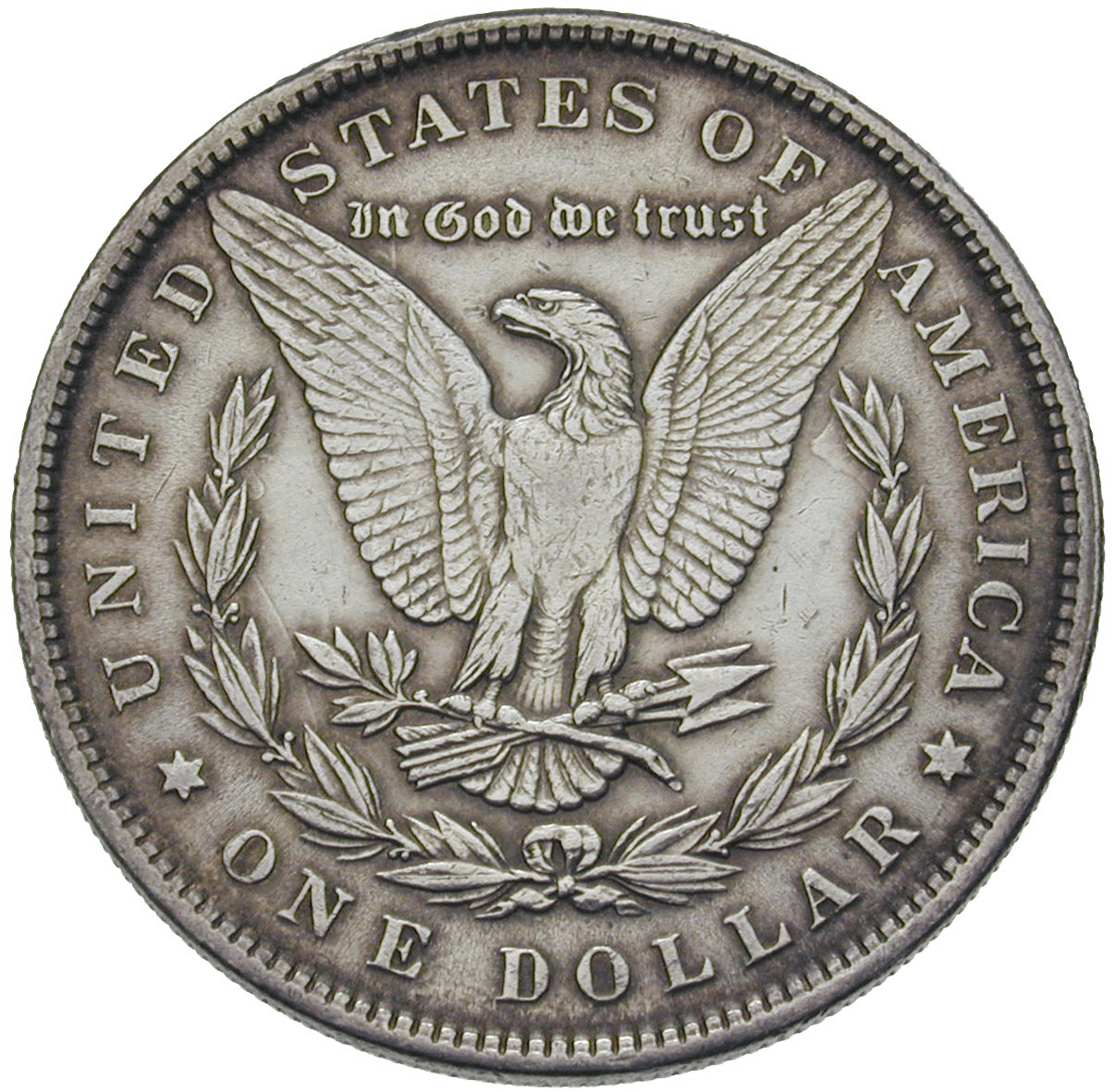 In 1792, the Congress officially introduced the dollar as American currency. After the newest fashion, it was subdivided into tenths (dimes), hundredths (cents) and thousandths (mills). A fierce debate broke out in Congress as to the appearance of the new coin. There was a choice between the portrait of the then-president George Washington and the personification of liberty. On the express wish of President Washington it was decided to depict the Liberty surrounded by stars. The device on the coin of the new democratic state thus differed explicitly from the portraits of the monarchs in the Old World. An eagle appeared on the reverse and the legend UNITED STATES OF AMERICA. Nevertheless, there are rare cents, pennies and half dollars showing the head of Washington, which fetch high prices today.