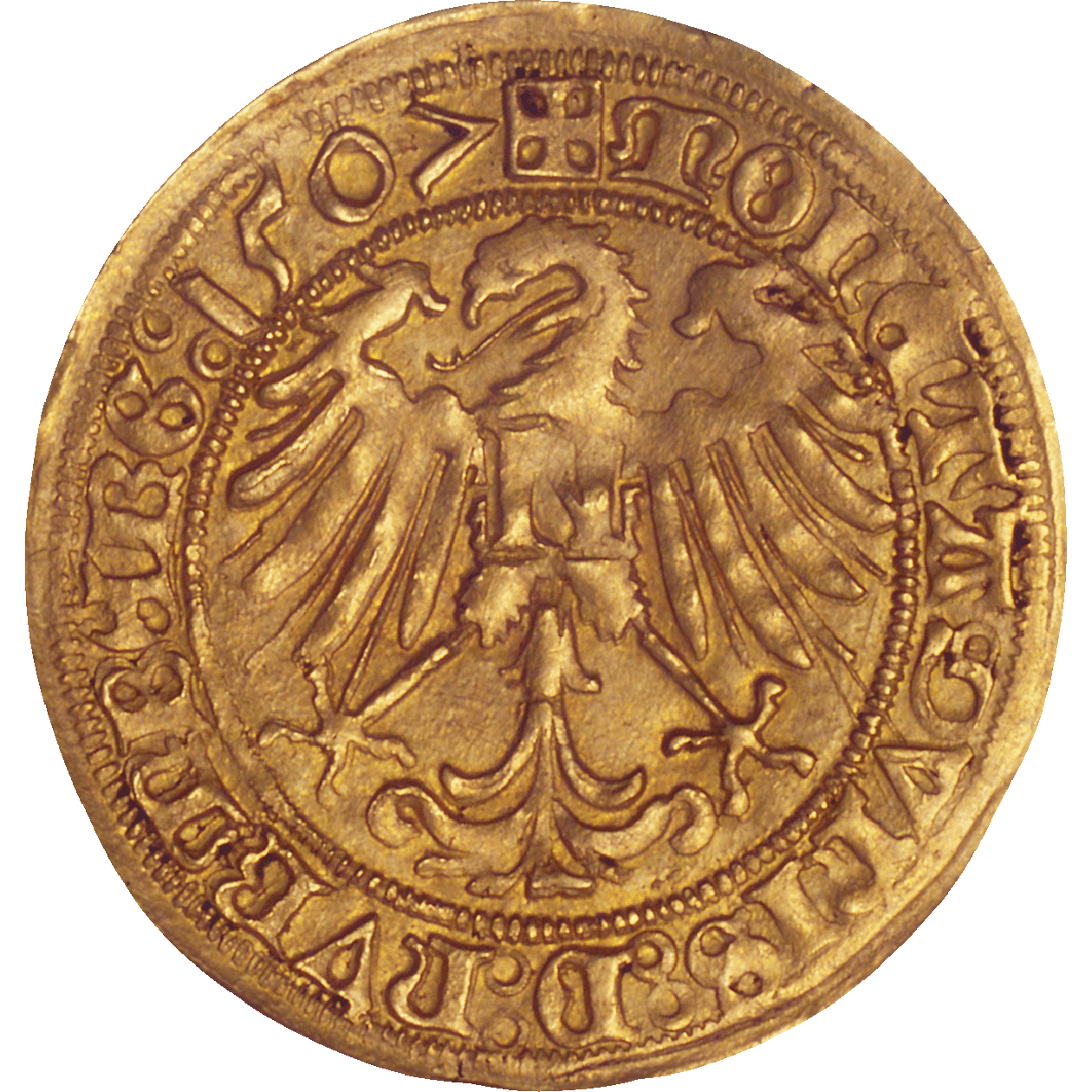 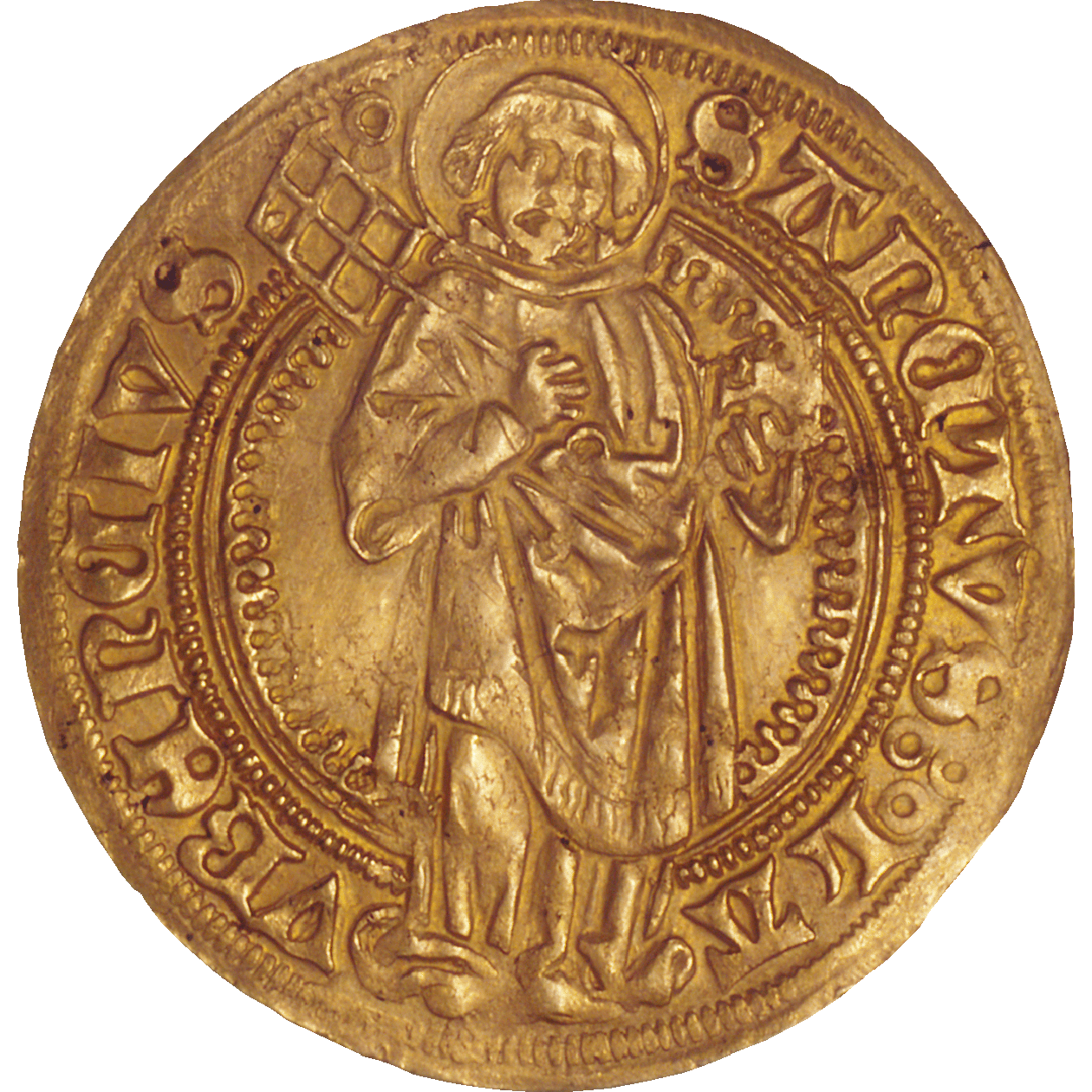 While in Italy around 1500, coins were minted in the spirit of the Renaissance, the lands north of the Alps and France still used traditional coin designs. This goldgulden from Nuremberg bore on its reverse the image of Saint Laurence with a gridiron. Laurence had died a horrible death as a Christian martyr – he had been grilled alive, thence his attribute, the gridiron. The obverse of the Nuremberg guldens always featured the German imperial eagle, for Nuremberg was a free imperial city. As such it recognized no other master than the emperor alone, and this was proudly advertised.