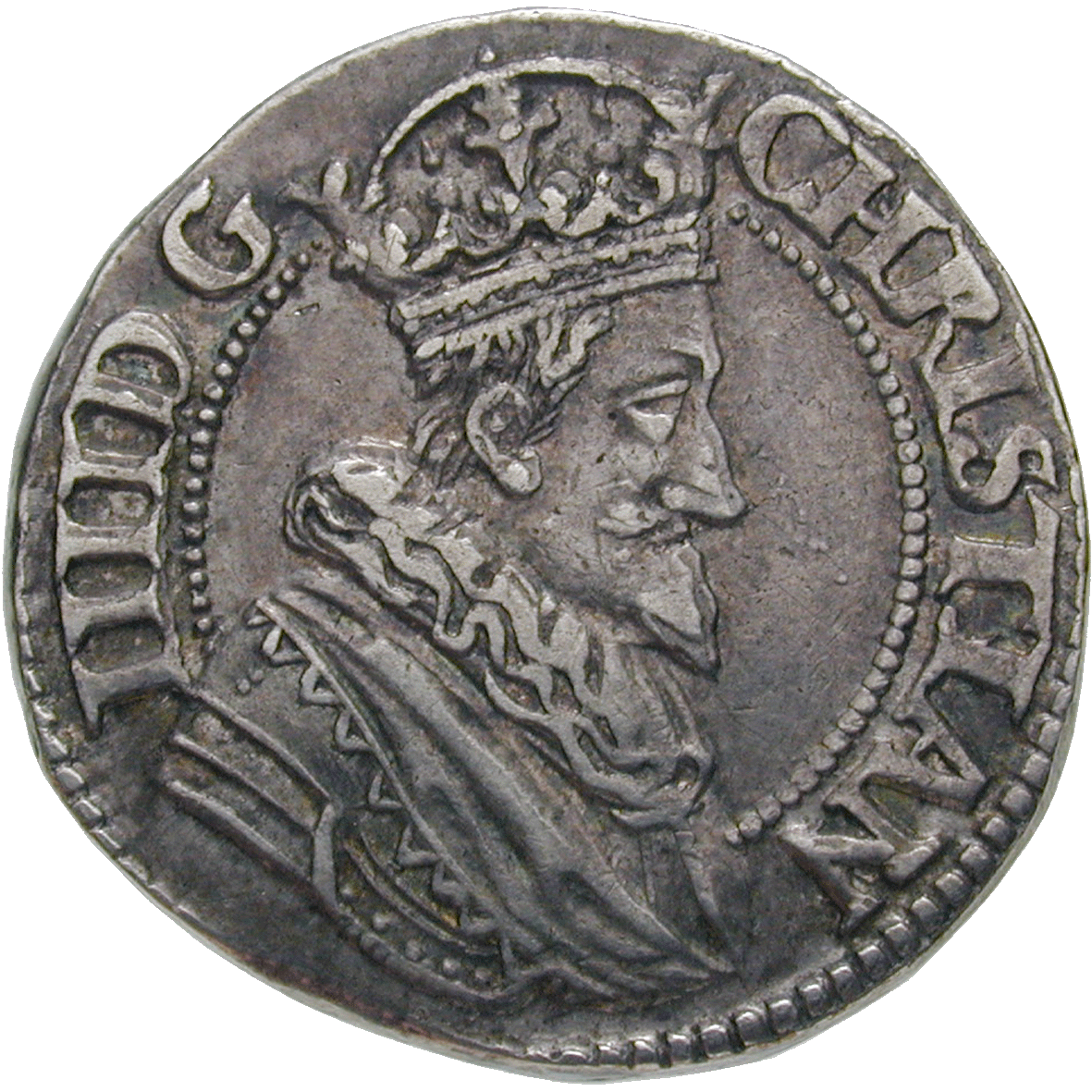 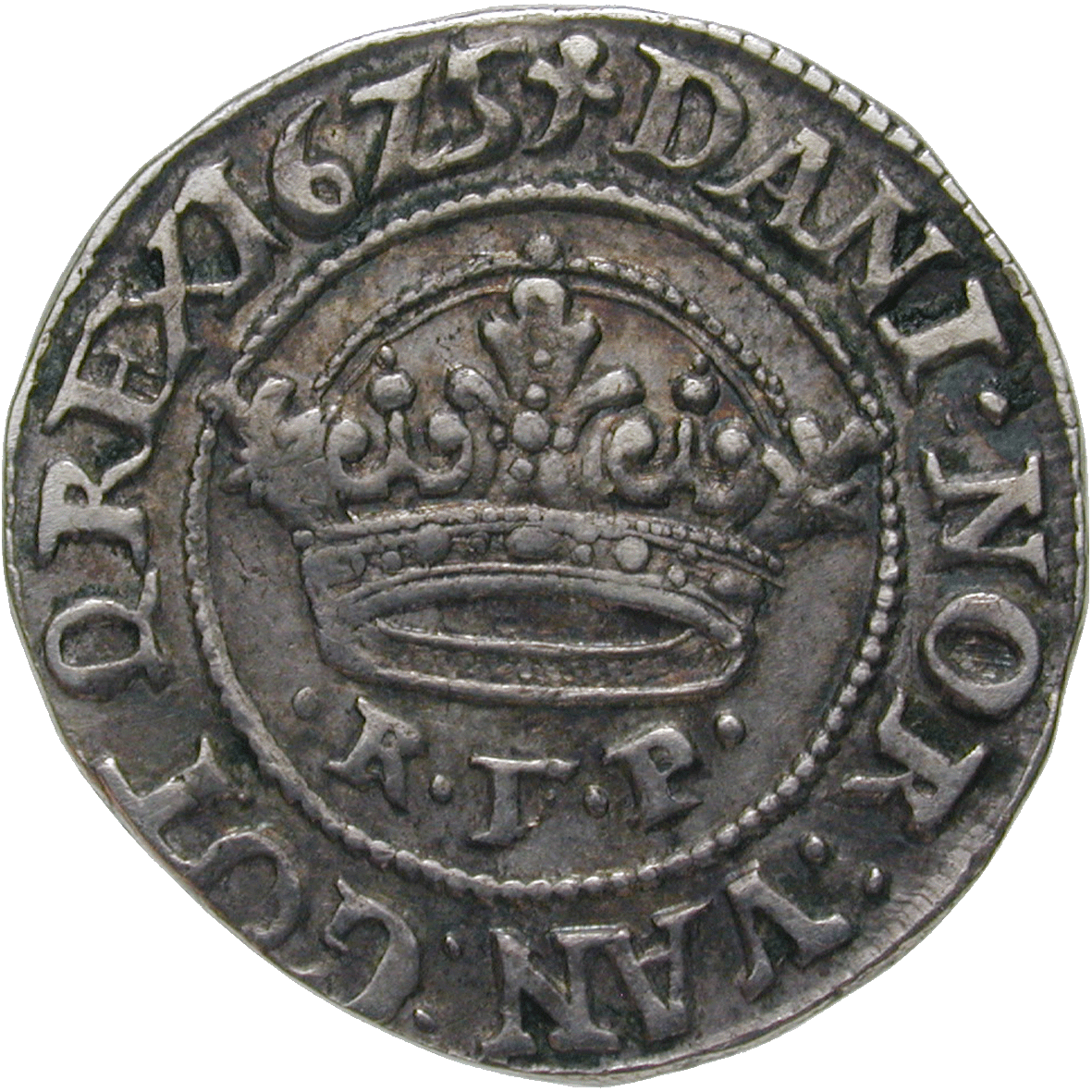 Coins are a means of mass communication. Minting authorities used them at all times to broadcast their political agendas and to demonstrate their sovereignty. This is the case in Denmark, too, where the first national coin was issued at the end of the 10th century, bearing the portrait of the Danish king. Subsequently all Danish kings had their portraits minted on their coins; on this half crown it is Christian IV, who reigned from 1588 to 1648.

The reverse shows the Danish crown, under whose rule was not only Denmark at that time, but also Norway. The inscription on the obverse reads CHRISTIAN IIII DG – Christian IV Dei Gratia, with the grace of God. On the reverse it says DANI NOR VAN GOT Q REX 1625: King of the Danes, the Norwegians, the Vandals, and the Goths, 1625. The letters R.P.F. underneath the crown stand for Christian's personal motto Regna Firmat Pietas, piety strengthens kingdoms.